The Star Of The Night 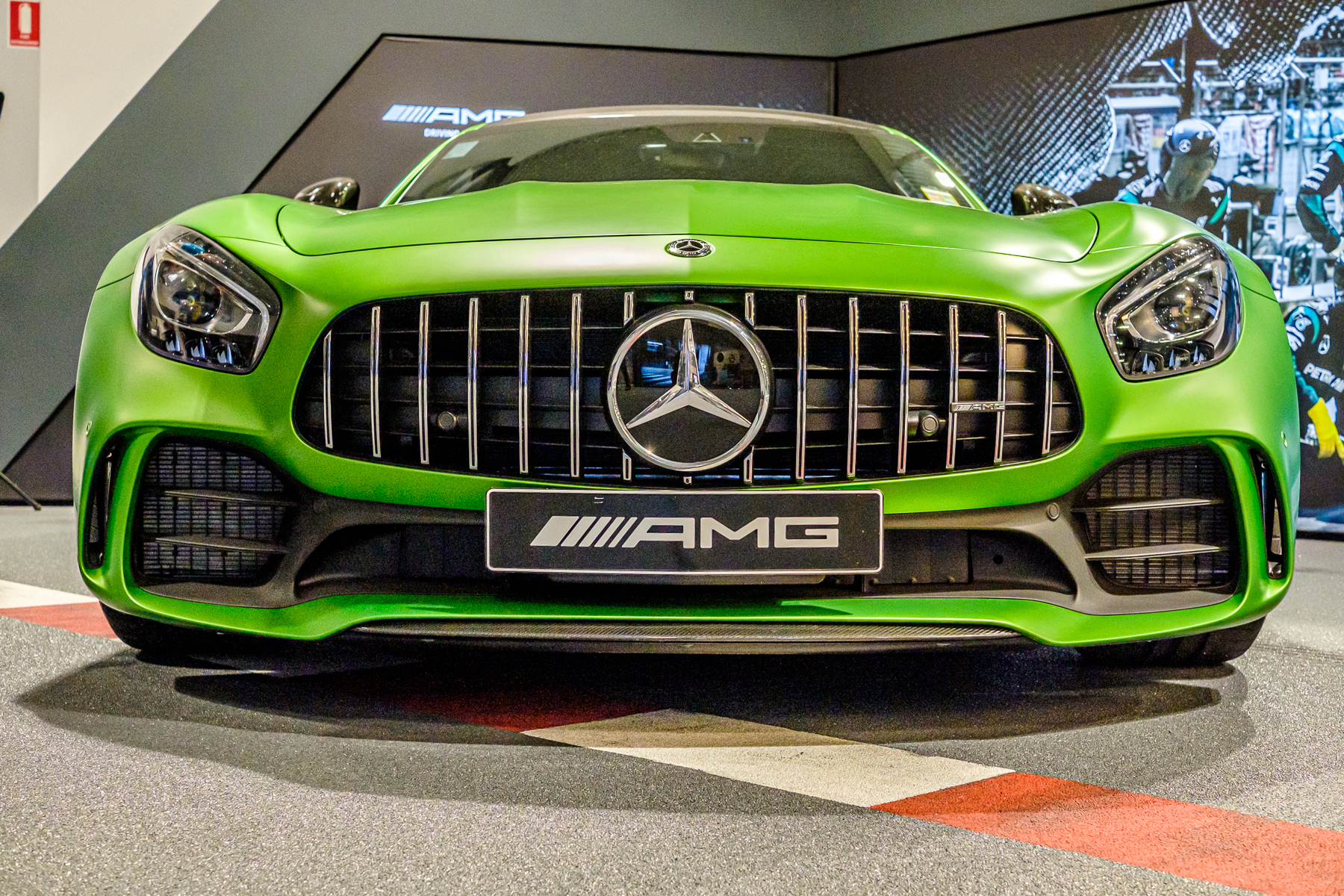 20 Jun The Star Of The Night

Okay, that’s a predictable headline given that we were at the Western Star Mercedes showroom in Osborne Park last night and that we were clustered around  a grasshopper green Mercedes AMG 4.0 V8 BiTurbo sports saloon. No-one who came into the showroom missed seeing the car.  It would be an enormous hit wherever it went – Subiaco, Dalkeith, Applecross, Winthrop. Parking it might be easy but the anxiety involved in leaving it to the tender mercies of the other shoppers would be killing. All those doors opening… 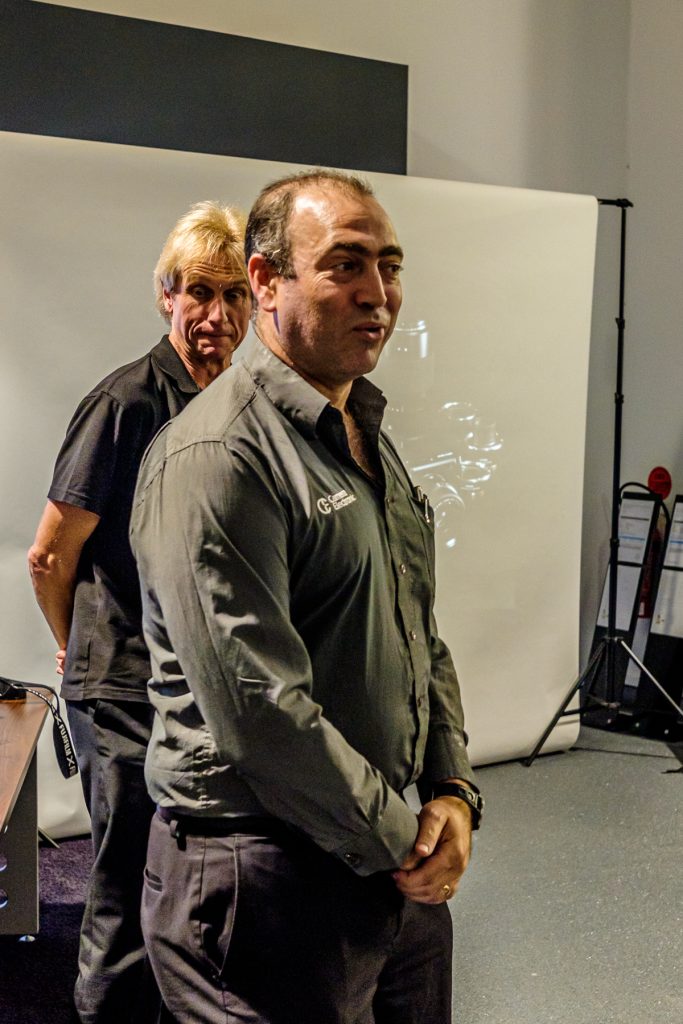 Well, we weren’t there to buy a car – we were there to sell a camera – or rather to hear Warwick Williams introduce the new Fujifilm GFX 100 camera to Western Australia. He had the only one in the country – a pre-release model – and was determined to use the beautiful green Mercedes as a model for the demo. 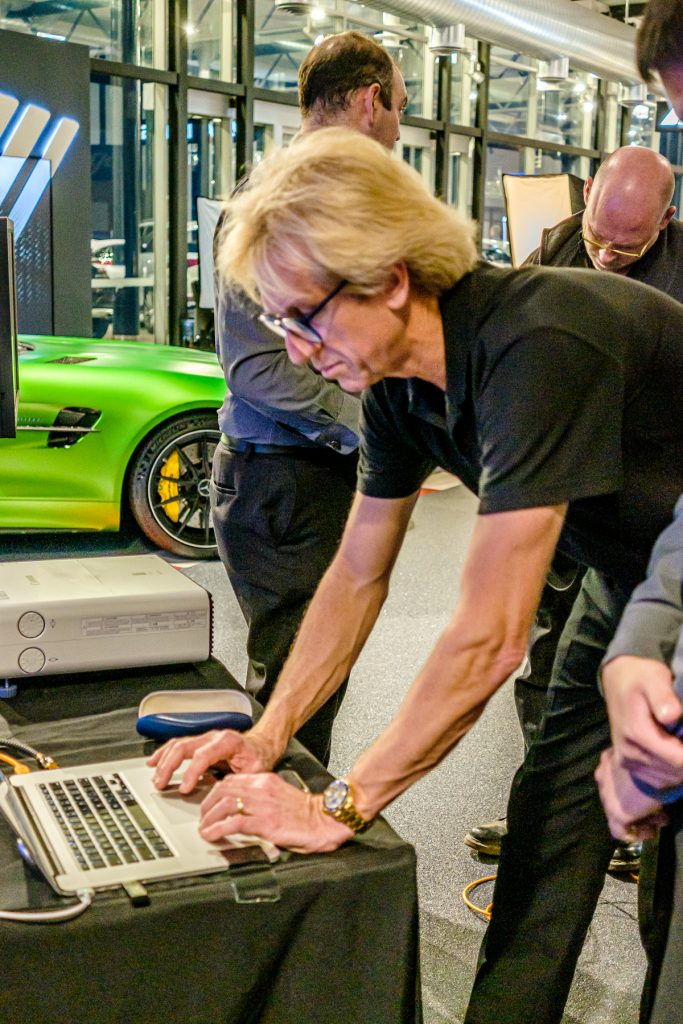 Warwick is the senior Fujifilm photographic trainer for Australia and is the best man to answer any questions about current equipment. Sometimes he can hint at future releases as well, but he is very diplomatic about it. When he really cannot tell us he is not rude about it…but he does follow the correct company procedure. 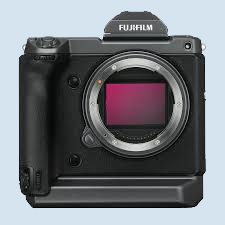 The new camera is the latest in the GFX medium format line and is heir to all the current GFX lenses. Warwick mentioned that it will ship on the 27th of June and there are plans for a range of ten lenses. Of course there are a number out right now that fit this camera as well as the GFX 50S and GFX 50R. All big-mount GFX Fujinon lenses and all extremely sharp and fast. Fujifilm has not limited itself with that mount – there is vast room for expansion. Of course in the manner of Fujifilm, there are many planned upgrades and updates that will keep the camera current.

Note: Warwick pointed out that the camera can receive and work with many other lenses through adapters – the Hasselblad and Fujinon HC lenses for instance. If there are other lenses that cast enough of an image circle, they may also be possible.

The comparison on screen of the body size with two of the rivals in high-end cameras was interesting – the GFX alongside the Canon D1X and the Nikon D5 showed that it is no larger – for a remarkable increase in sensor area. I did not note the weights, though.

One of the things that impressed me in the recital of the features of the camera was the multiplicity of control available to the user – Warwick said that nearly every button could be programmed to multiple functions and a person could truly have the camera ergonomics that they personally desired. I suspect it would be a long discovery process for people working in different environments and different genres. I was pleased to see that the user who wanted histographical radings as well as shutter and aperture readouts on virtual dials was accommodated by the designers putting in 4 readout screens. Assign different things to them and then leave the main back LCD free of all clutter – a magic window into the world.

I was also pleased to hear that the camera caouls accept electricity through a USB-C port to charge the battery. Even if the manual states that you get 800 frames with two batteries onboard, it is still good to be able to top up wherever you go in the car or near a computer. I never pass up a chance for free electrons.

So what are the results like. If you like to pixel peep and compare, the GFX studio test is currently up on DP Review and you can match the thing directly with the competitors. I did this yesterday afternoon by setting up the other three screens for the X-T2, X-T10, and X-Pro1. These are my current stable. of course the GFX romped over them in the resolution, but I knoew that was going to happen. What I didn’t know until Warwick displayed it on the screen was the degree to which the files from the GFX 100 can be cropped – when you can get A4 out of 4% to 7% of the file available, the cropping possibilities become endless. Or the business of making bus-sized prints becomes easy.

And there’s the rub…who is going to want bus-sized pictures? TransPerth, but who else? Well, Warwick had a list of what he considered possibilities as customers: professional photographers, top-end enthusiast shooters, scientists, and movie makers.

Oh yes, it does shoot 4K at 30 fps and a whole lot more.. It talks to Capture one and Lightroom with no trouble at all. It’ll belt out 5 fps stills all day and go well over the hour recording video. Apparently the new mantra for the Fujifilm company is ” Never Stop “. I’m glad they are not charged with making disc brake pads for the Mercedes people… 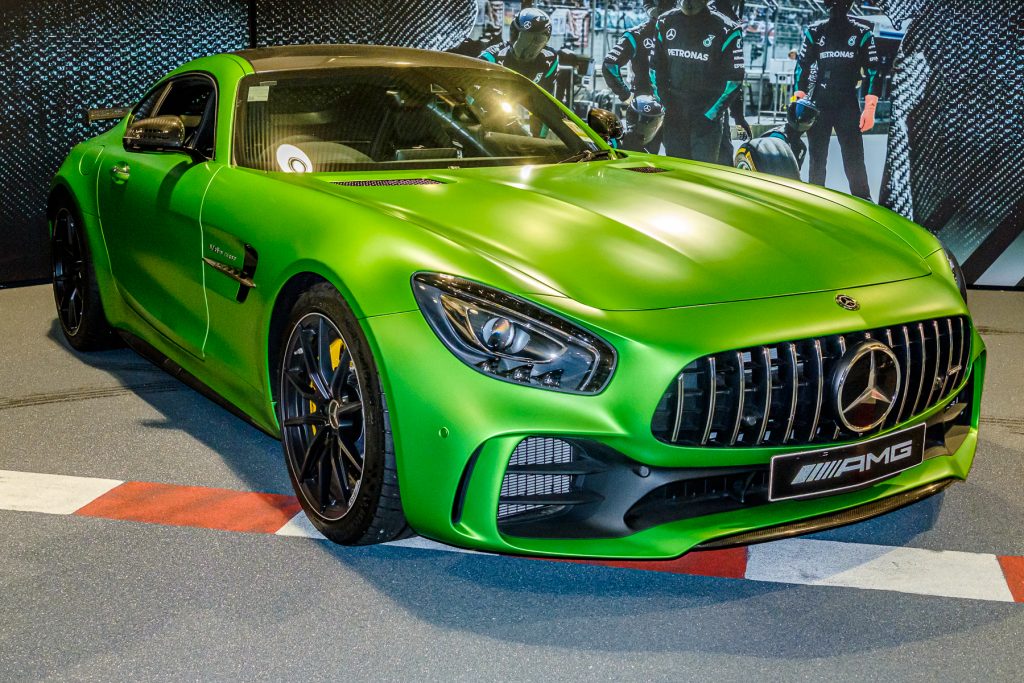 Note 1: I love going to Fujifilm events because they mean I can use my own Fujifilm cameras and lenses and fan-boys and reps from other camera systems can’t glare at me. The Fujifilm X-E2 and the 27mm Fujinon f:2.8 lens do all I need for this column.

Note 2: the Mercedes paint job is meant to look like that. It’s a special satin finish – when my green Suzuki Swift goes like that it’s a hint to run through the car wash and then keep the cat off it.