The Handle On The Right Is A Pressing Issue 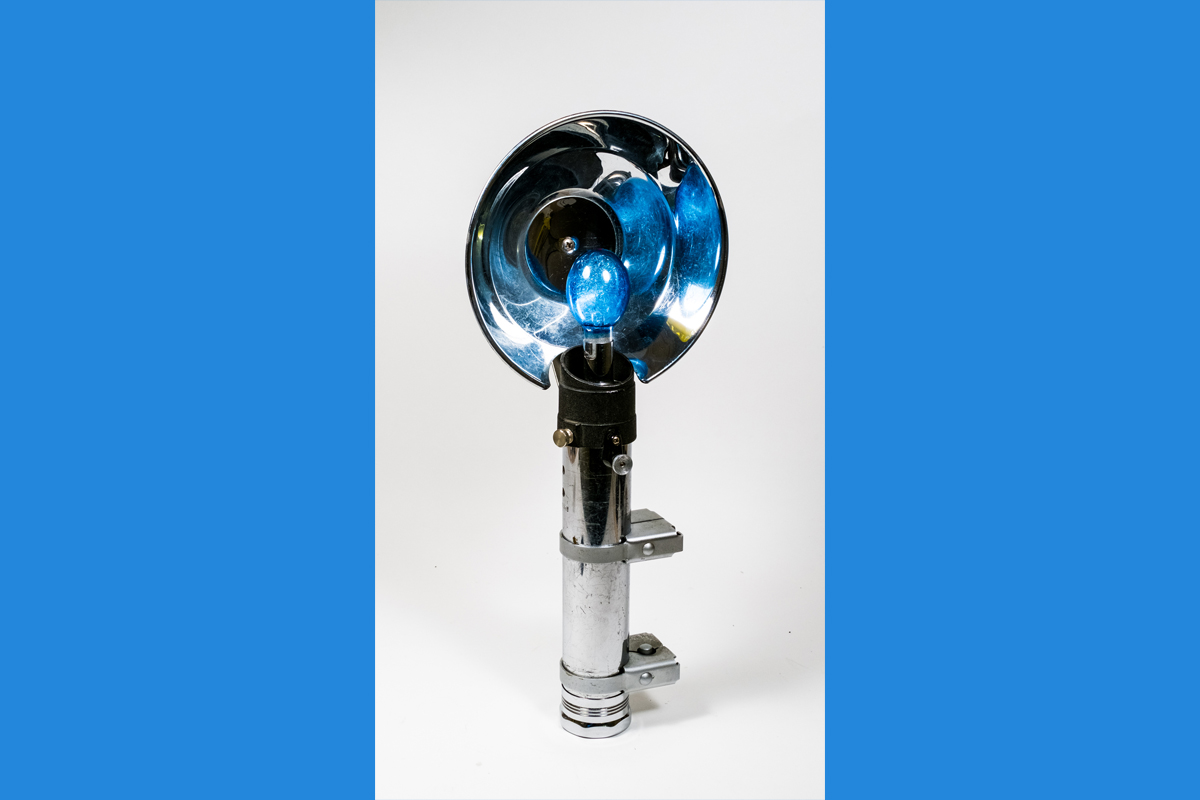 27 Jun The Handle On The Right Is A Pressing Issue

Ever see a Speed Graphic or Crown Graphic press camera – or any of the other US or British cameras of the 40’s and 50’s? Note that every one of them seems to have two things in common – a big silver handle flash on one side of the camera and Jimmy Olsen behind it. Golly Superman!

The big silver handle contained as many ” D ” cells as they could cram in as a way of providing enough electricity to fire the big press flash bulbs. It could also provide synchronising ports for cables and a button to trigger a solenoid on the shutter. Whatever you were doing with the other hand – focusing the camera, pulling a dark slide, or fighting crime, the handle gave you a massive grip on the massive camera. The users decided which side they wanted to hang on to about evenly – the handles could be slung either left or right.

Even when the smaller Leica-style rangefinders moved in for some press work, there were big handle flashes to let you keep it all in place. Mostly they were shifted to the left to leave the right hand free for shutter release on the camera body. Often the lens was fixed in zone focus anyway and all the user was doing was moving into the right distance and firing away.

This big handle thing then continued with the redoubtable Metz 45 and 60 series hammer head electronic flashes at the left of the cameras.

Well Nissin revived the big handle with an MG 10 ( don’t know when it will arrive, but excited anyway…) and it was touted as wireless. The initial pics showed a control box slotted into the hot shoe of a mirror-less camera and promised lithium-ion battery magazine as well as AA magazine, LED modelling lights, and a bewildering array of control for extra flashes and groups.

As the magnesium flash bracket could sling either to the right or left and the camera adjusted up or down, you got to tailor the ergonomics to your own lenses. There was a firing button on the handle and there may have been some way to then fire the camera with it. If so, this would make an ideal fast press flash gun in the old Graflex style. You hold steady with the right hand, zoom with the left, and fire with your forefinger as soon as you get an autofocus beep.

I am still looking eagerly to see if this is a go-er. I miss the Metz and the Graflex and the Heiland…and the crack and boom of a big foil-filled lightbulb. I’ve got a case of the ones that screw into an Edison socket, and apart from the fun of replacing the regular Mirabellas in the ceiling on April 1st, they are just going to waste.