And not the ones in Alberta or Kent, either – the one in New York that George Eastman owned. Well, not actually owned, as such…but his firm Kodak had a great part in the place. So did Xerox and Bausch and Lomb, by the way. All good photo/optical/electronics firms. All with factories that made things using lots of chemicals and solvents and things. It’s a town on Lake Ontario but I wouldn’t have swum in that lake on a bet…

Well, Kodak is either dead or alive… I couldn’t tell you which at present… but they did have a heyday that made it pretty much the center of film supply for the western world. Oh, they shared that with Ansco, Gevaert, Agfa, and Ilford for a while but the Germans and English bombed each other’s chemical works enough to give Kodak a business edge.

Not that they needed it – they produced plates and films, chemicals and papers, cameras and lenses, and a uniquely popular form of instructional and promotional literature that got everyone out there shooting pictures. If you doubt that, research the Eastman Kodak ” Here’s How ” series of books and the vast library of Kodak technical literature for professional workers. You’ll find a long history of Kodak involvement in Australia as well.

Well today’s camera is from the elegant end of a classic Kodak strategy: to make photography as boob-simple as possible so that more materials could be sold. They looked at people loading film into cameras up to the 1960’s and decided that they had made it too hard to do – what with threading film through spindles and changing spools around. The task was seen as too hard for the simple woman to do…

Have you ever seen a woman set up and run the threads of a sewing machine or overlocker? A simple woman? Think you could do it? Hmmmm. 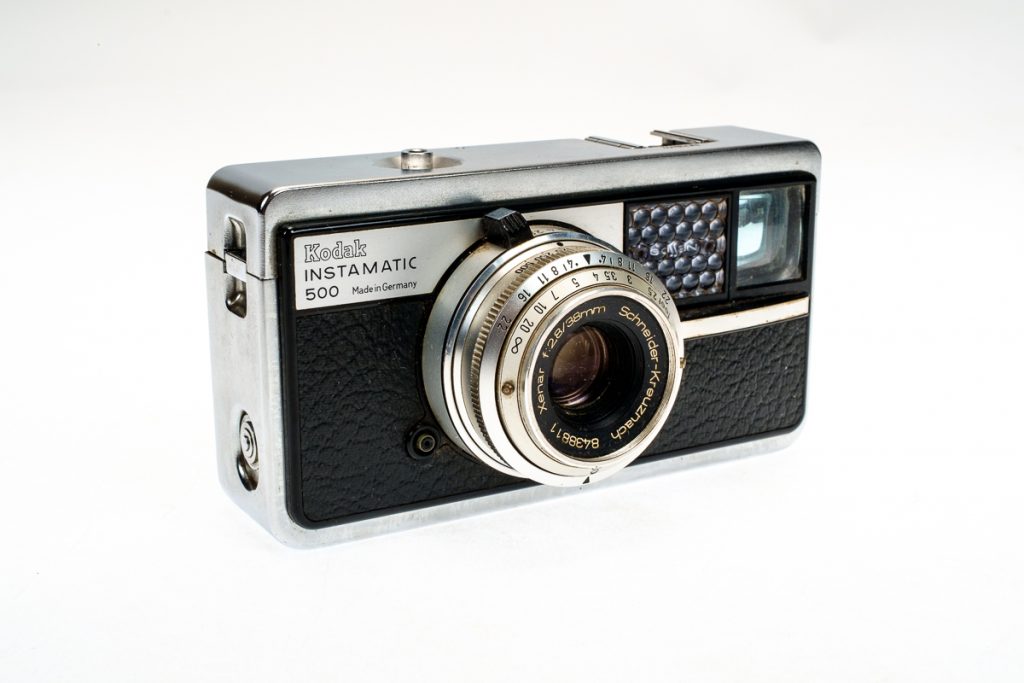 Well Kodak wanted to make a cartridge that could be loaded into a camera only one way* – they designed and promoted the 126 Kodapak. They wanted it to perform other tasks – auto-indexing and setting of light meters – and they wanted it to produce a square image so that processing would be easier. It took off all over the world – thanks to their massive promotion – and people bought cheap cameras like the Instamatic 104 and expensive ones like the Instamatic 500. 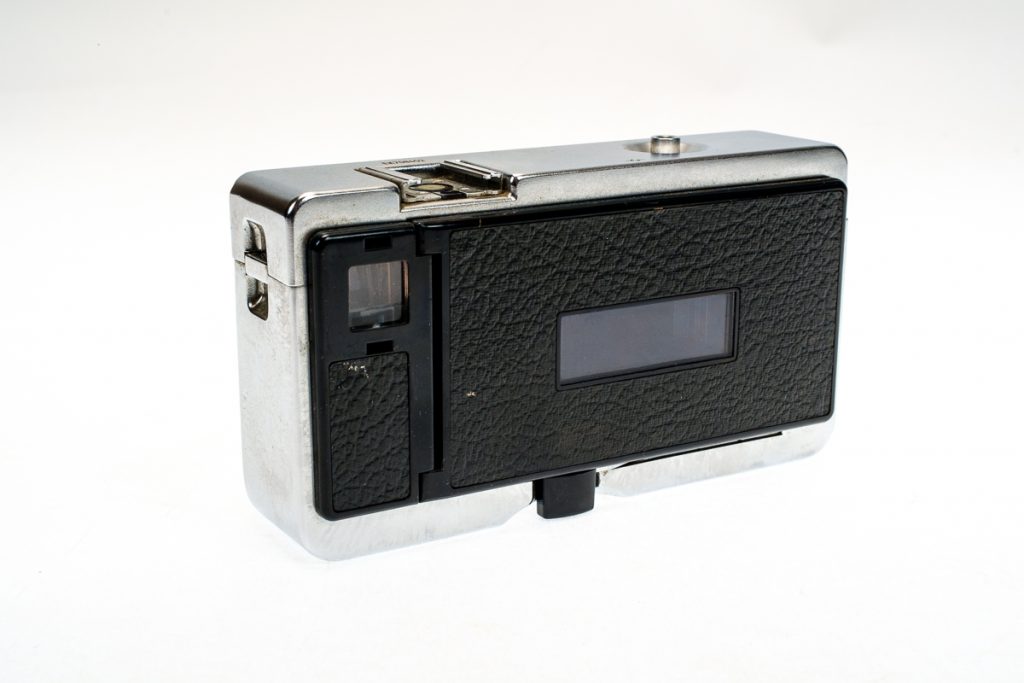 Note the retractable lens, selenium meter ( still works ), and the good range of average shutter speeds. Nothing under 1/30 second as they still wanted something to come out on the film and they didn’t trust the simple user not to shake below that. But there’s a tripod screw, a B setting and a rather elegant under-body film advance lever. This was a model produced in Germany for the world, but under the Kodak aegis. 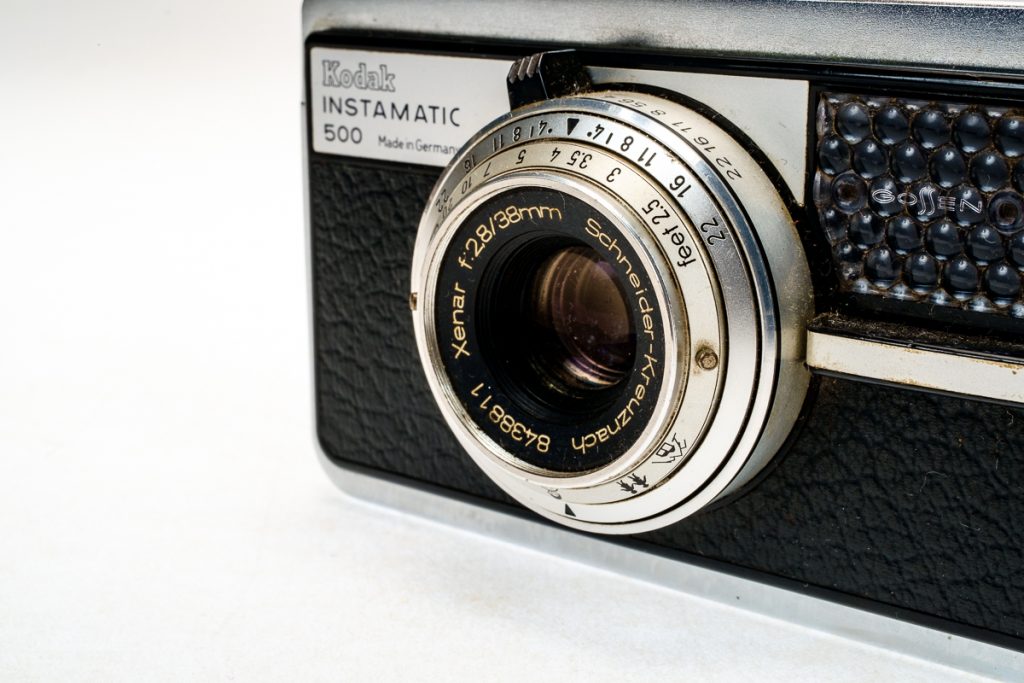 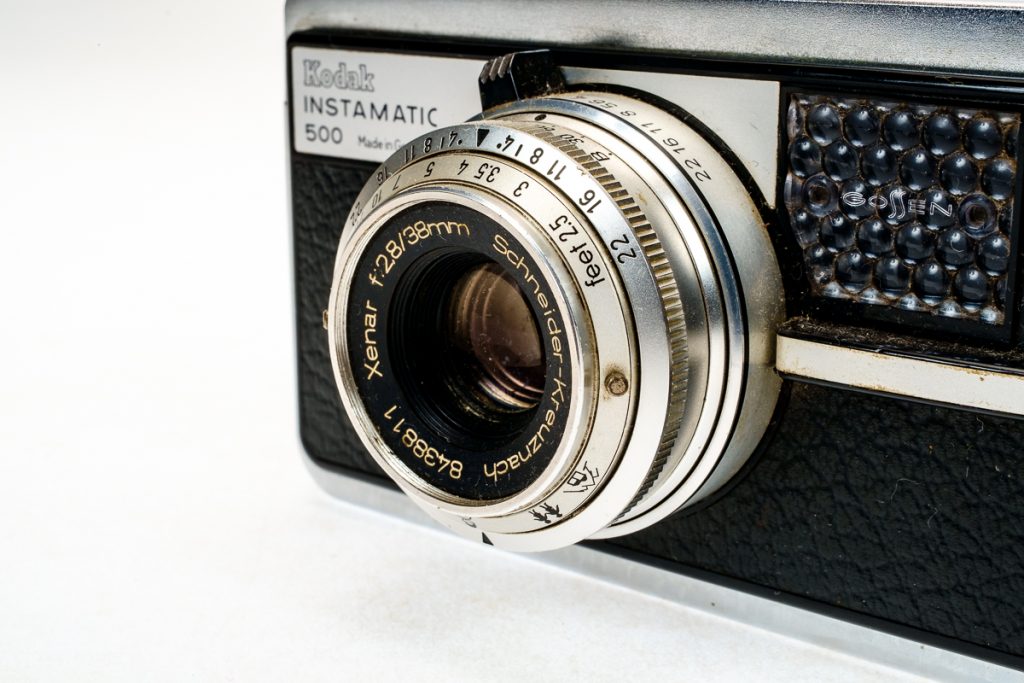 The Schneider lens is a beauty – fully able to take any advantage of the 24mm x 24mm format particularly as the flatness of the film plane was not guaranteed as it is in 35mm cameras with a pressure plate. The whole of the transport path was in the plastic cartridge. 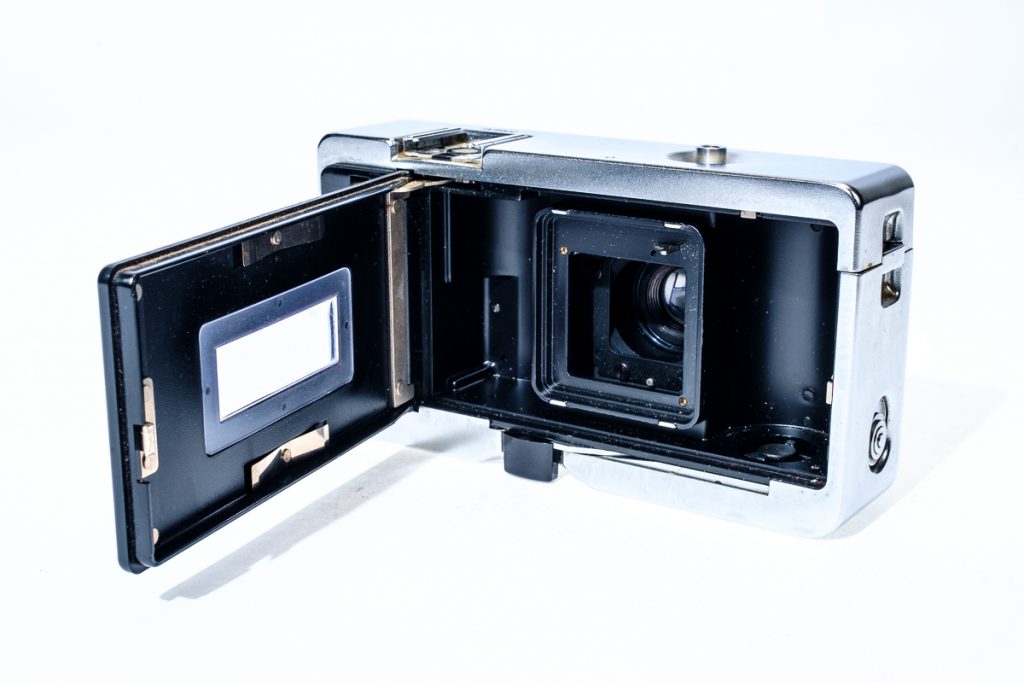 The cameras worked. The film cartridges worked. If they were not perfect, they were at least ubiquitous, and ubiquitous equals profitable for the firm that achieves it,. You can ask why Kodak, having opened the door to the mint with this system, then closed it with the 110 cartridge and the disc film, but the answer can only be that is what Kodak was like. And that is likely what put them where they are today.

* Note: They were wrong. Terry Brown and I in Wizard Cameras in the 1960’s saw an Instamatic that had its cartridge in upside down and the angry woman who brought it in had been able to close the camera’s back door. We would not have thought it possible had we not seen it. We were very respectful to her because if she could do that to a 126 film she could have done that to us…