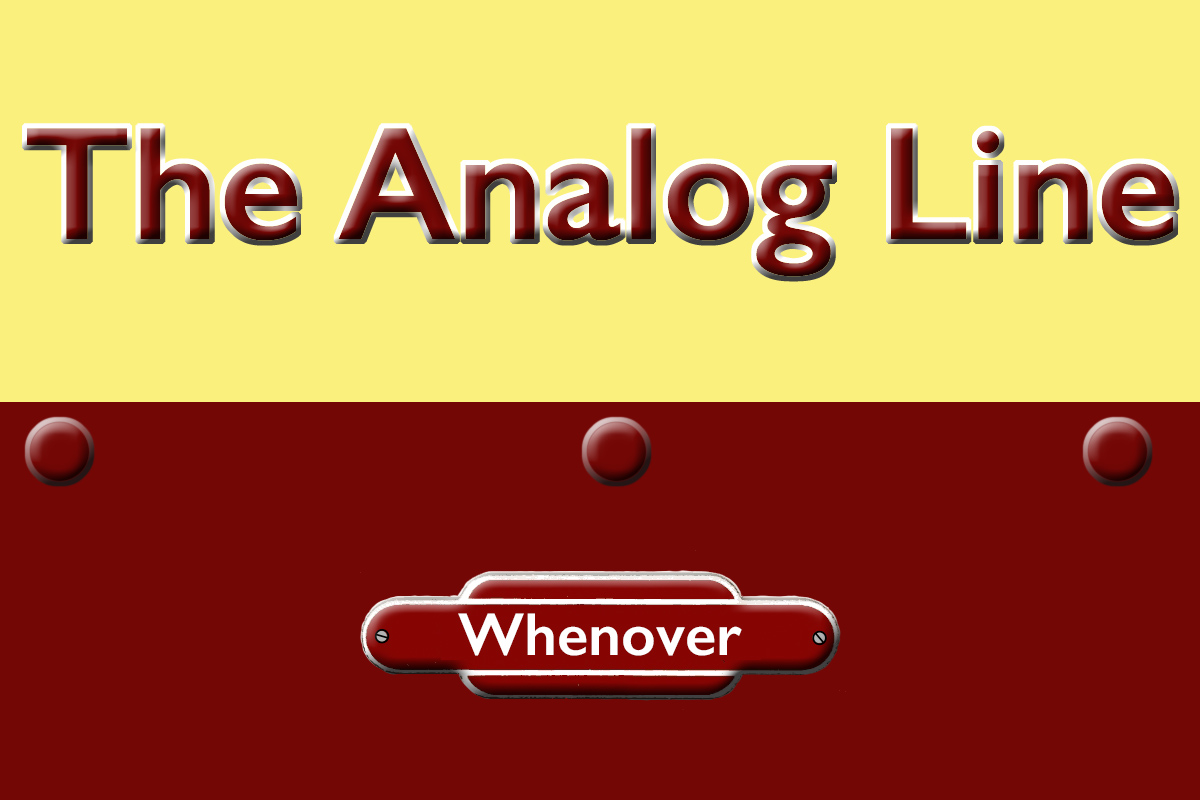 When to pursue analog photography is a question that really is a way of asking what advantages it has over digital work – and when should one access them. The idea of advantge may not have occurred to some younger photographers. Consider:

a. The digital camera is free of the need for film and tied slavishly to the need for electricity. This means the kind of attention to batteries and chargers that young men used to devote to young women and beer. You might be able to hop on a plane without worrying about X-rays spoiling your film, but try hopping on without three chargers and a bag of cords. One chain off, one chain on.

b. The analog camera may be a lot less automatic than your normal digital. This might be frightening, but consder how much quieter and less obtrusive the best of the analog machines can be compared to whizz-beep-buzz of your digital trying to autofous on a grey cat in the fog.

c. The analog camera limits the number of times you can repeat a pointless shot. At the best, you can only be banal 36 times before you have to rewind . This gives your victim a chance to escape – though you can get them later when the time comes for the slide show in the lounge room.

If you cannot shoot and see instantly how bad you have done it you may actually do it equally as badly for the next 35 times. But after you do this a few rolls, you’ll either get better or go broke. Analog encourages economy of shot and extravagance of thought – many people are better for going through the discipline of analog work.

d. The analog shooter is an odd bird out these days, and odd birds can attract interest and work just for their novelty. Back up your strange behaviours ( Ask me about the busload of Japanese tourists when I owned a Linhof Master Technika.) with competent performance and an attractive end product and you have a sales gimmick that is pretty good.

Try to get whispered about, and not in the corridors of the Supreme Court.

e. Analog cameras can do some things that digital cameras cannot do. The twenty-year development of the digital technology has ignored some byways and sidelines that analog did very well…leaving the older technology champion for some work. Example: architectural and advertising corrections with camera movements.

f. Analog results are not bombproof, but they are less exposed to the image thief than digital work. When you have the original negative or transparency you can argue with physical proof for the ownership of an image – an argument that the digital worker has to try to do with records and registrations.

Analog images can last an incredibly long time – if you want the first picture ever taken by Nièpce the plate is still stored in Texas. And a lot of well processed images thereafter are still extant.

As a contrast, think about the last time you lost a hard drive.

And the business of business can sometimes be buoyed by the use of the analog processes. I got booked for a wedding once based upon the fact that I was seen to be using an admittedly top-quality analog camera system for another job. Whether I was going to be any good at all doing the Bridefight didn’t enter into it – the image of the medium format camera system fixed itself in the client’s mind and did all the advertising necessary. And yes, the wedding went very well.

Do not haul out the film camera when you are trying to illustrate your new model airplane for an internet column on model airplanes. It doesn’t pay a penny plus the costs involved and time taken to expose a roll of film and get the results back mean that the subject is both expensive and stale. This is the place where digital shines – a quick shot, quickly processed, and whacked onto the net while it is still steaming.