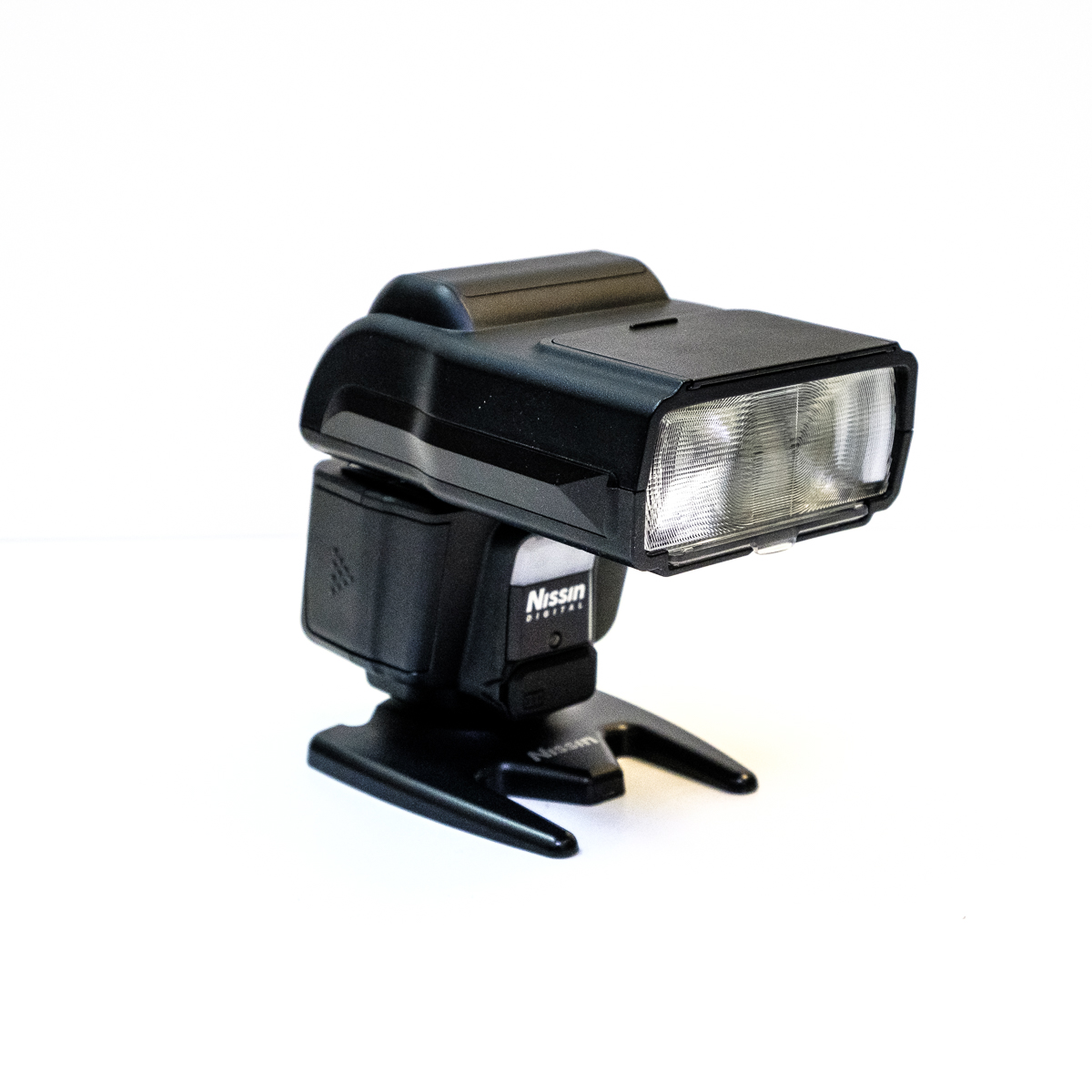 I am amused these days when every product or service I see is preceded by the letter “i ” in lower case. It is put there to suggest that the object is considered to be intelligent. I’m prepared to believe this, but would like to point out to the manufacturers that this does no good at all when the purchaser ‘s name starts with ” D ” for dumb.

My first name is Dick…

Nevertheless, I applaud the Nissin company for their i160A flash guns. They have a number of design features that mean they are going to make up for the “D”:

a. Clever form. Most speed lights that pretend to any useful performance power up from at least 4 AA cells. SOme of the more exciting new ones use lithium-ion batteries and we’ll see this idea spread in the coming years.

The 4 cells that power the Nissin flash are held low down on the main body – and are not enclosed with a massive extra box. You have a smaller object on the top of your camera. They’ve also assisted by slimming down the metal hot shoe foot section. 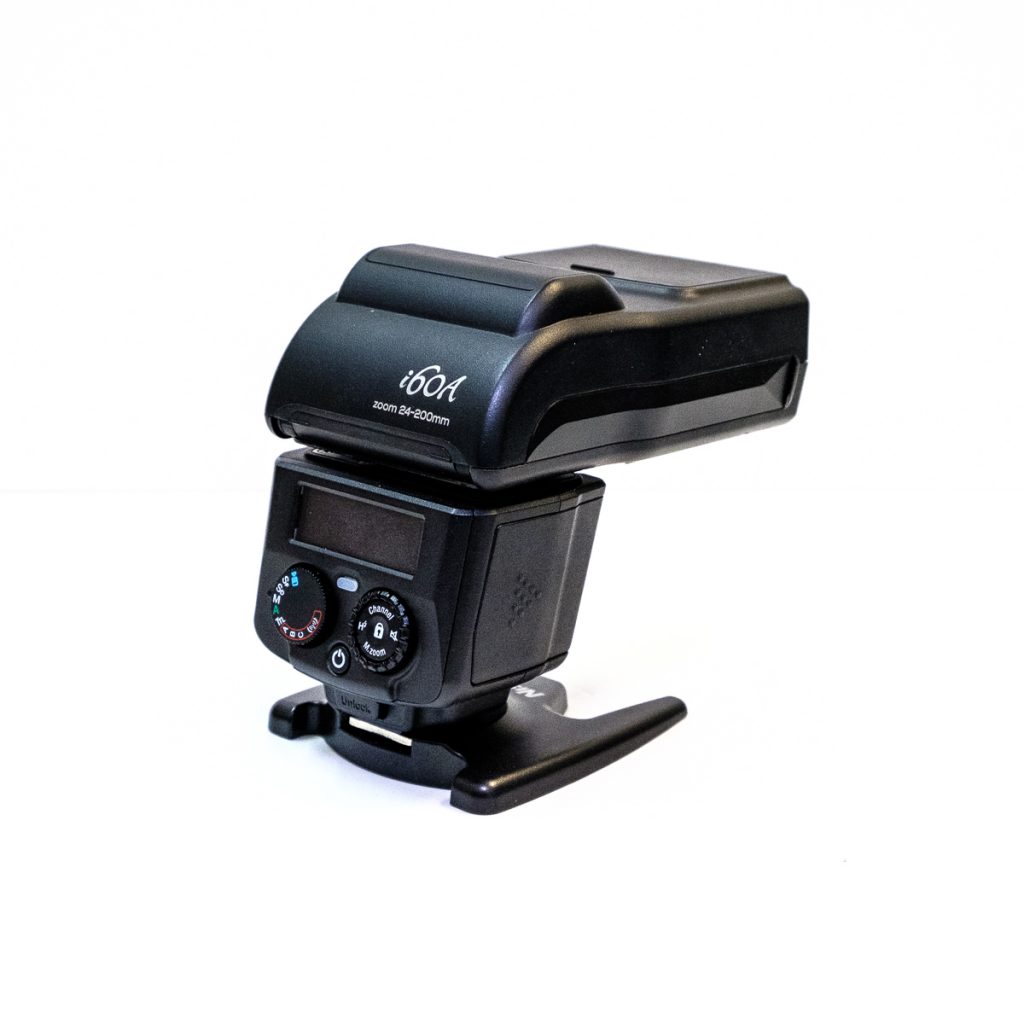 b. The flash tube and associated electronics are put onto the tiltable section that extends out somewhat further than those of competitors. This might lead to a bit more of a tendency to red-eye return with telephoto shooting, so you may wish to take advantage of the tilt facility to bounce your flash. On the other hand it might be just the duck’s for macro and close-up. 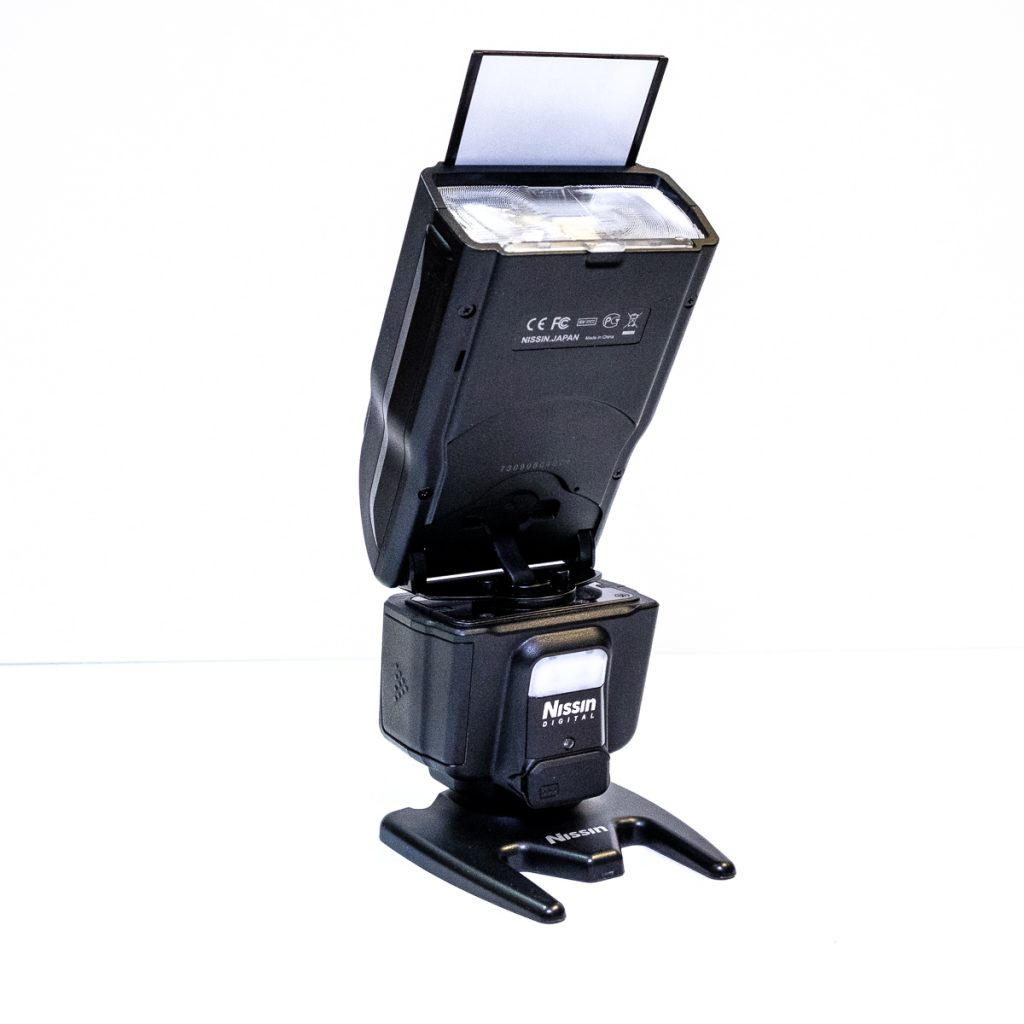 c. It’s three-channel wireless control on the back with two control dials and an LCD screen to report what’s happening. Fairly easy selection of whatever mode you want. Easy manual setting. 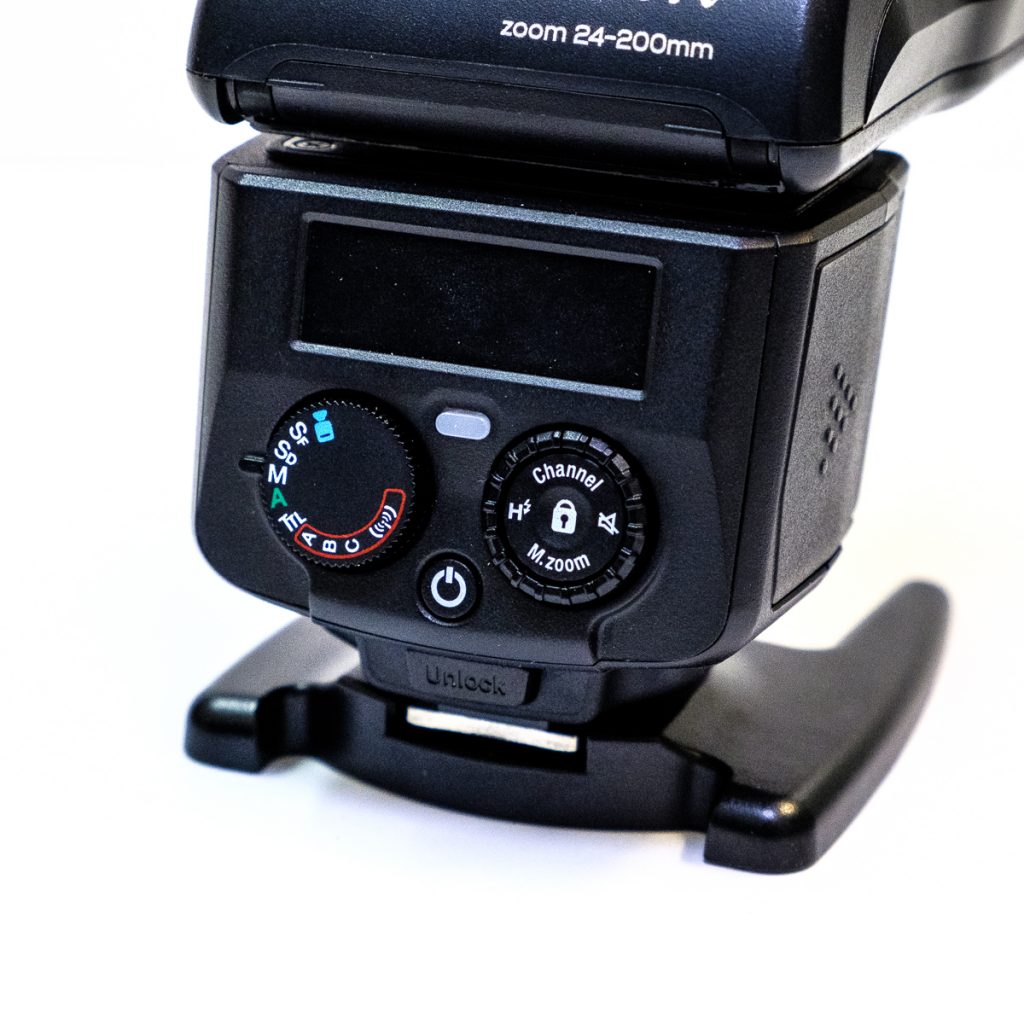 d. Constant video boost or modelling light in the front.

The basic cost of this is also well under that of the dedicated manufacturer’s flash for my camera – and so far I have had two of those on-brand items pack up on me. So I would seriously be tempted to see what the Nissin can do. Nikon and Canon people might also like to have a go.

Accessory note: Investigte the Mag Mod attachments for this flash, particularly the Scoop. You’ll find them down on the sales wall around the corner from the Nissin flashes. The illustration shots for this post were taken using one and the lighting is delightful – fast and easy, yet soft.