The Paint Mule And The Test Shot 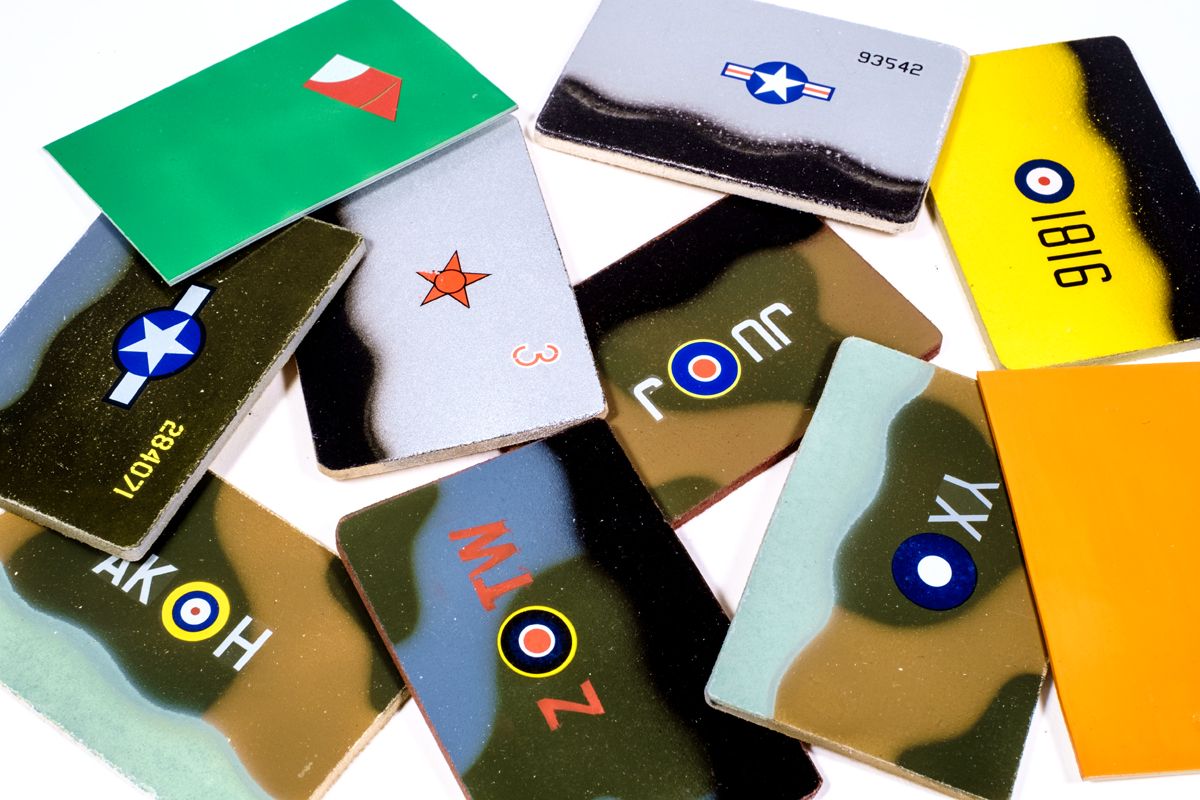 24 Jan The Paint Mule And The Test Shot

Relax. I’m not advocating doing bad things to four-footed animals. This is all about practical science and inveterate curiosity.

The photographic test shot is the most basic of Australian images – even more common than the one of the three children in the back yard under the Hills hoist, squinting into the sun. We have all taken them, and some of us have taken a lot of them. But few of us make the best use of the equipment, time, and materials. It is all a matter of doubt.

It is the same with scale model building. Anyone who has an airbrush has also had doubts – doubts about air pressure, dilution of paint, humidity, dust, air movement, thinners, retarders, undercoats, overcoats, matt, gloss, satin….aaarrrrgh. So they resort to the paint mule: the cheap airplane or car that is designated as the victim for all the tests. Wise modellers use a big mule – a model that has a lot of surface area. Then different treatments can be tried side by side. Some end up with fighter planes that resemble an Amish quilt. Some mules get oversprayed after multiple layers of testing, and start to resemble Tonka Toys.

Back in the photographic shop, or in the home studio, digital photography has permitted us to do far more testing than in the film days – and at a far more rapid pace. No trick to rip off shots with a whole table full of lenses and then throw them onto the computer for ” analysis “. But here, the same problem that can afflict the paint mule starts to make itself felt on the computer screen; we can see either too little or too much.

Not enough samples. Samples taken in inappropriate ways. Wrong settings. Worse – shots taken where the settings or dilutions or temperatures have not been noted. Random rogue shots.

Of course, the world has an effective way of punishing the careless tester…occasionally the paint coat or photo image will be the best thing that you have ever seen. Superb. Ravishingly beautiful.  And you have no idea how you produced it. It becomes the lost chord of the studio or workshop.

52 identical images of a test chart taken with the same lens and the same settings is evidence only that you should have set the camera on single exposure and not high-speed-continuous. Time to start paying attention.

Entire coverage of the test scene at every aperture on every lens you own is a project for the obsessed, but trying to display it in a meaningful way to compare things is difficult. Your eyes and brain will swim early on in the piece. The only plea we can make is that you do not display it to anyone else.

Fatigue also sets in for the paint sprayer – either that or the lacquer fumes start to take their toll. Eventually, you cannot tell the difference between red-browns from five different makers on three different surfaces, and everything else in the room starts to look blue-green due to the reaction in your eye. Enough already – pick a red oxide paint and stick with it.

But these are the worst-case scenarios. You can do yourself some good if you shoot some tests…but know what it is you are looking for and what it will look like when you see it. Above all – do not rely on all the reviews that you read* – try things out for yourself. If you do not own a particular lens, rent one and give it a go. Get a cheap kit and spray the paint you think will work on it. And then trust your own judgement.

*  Except for this column. Nothing but the best quality truth and science here…