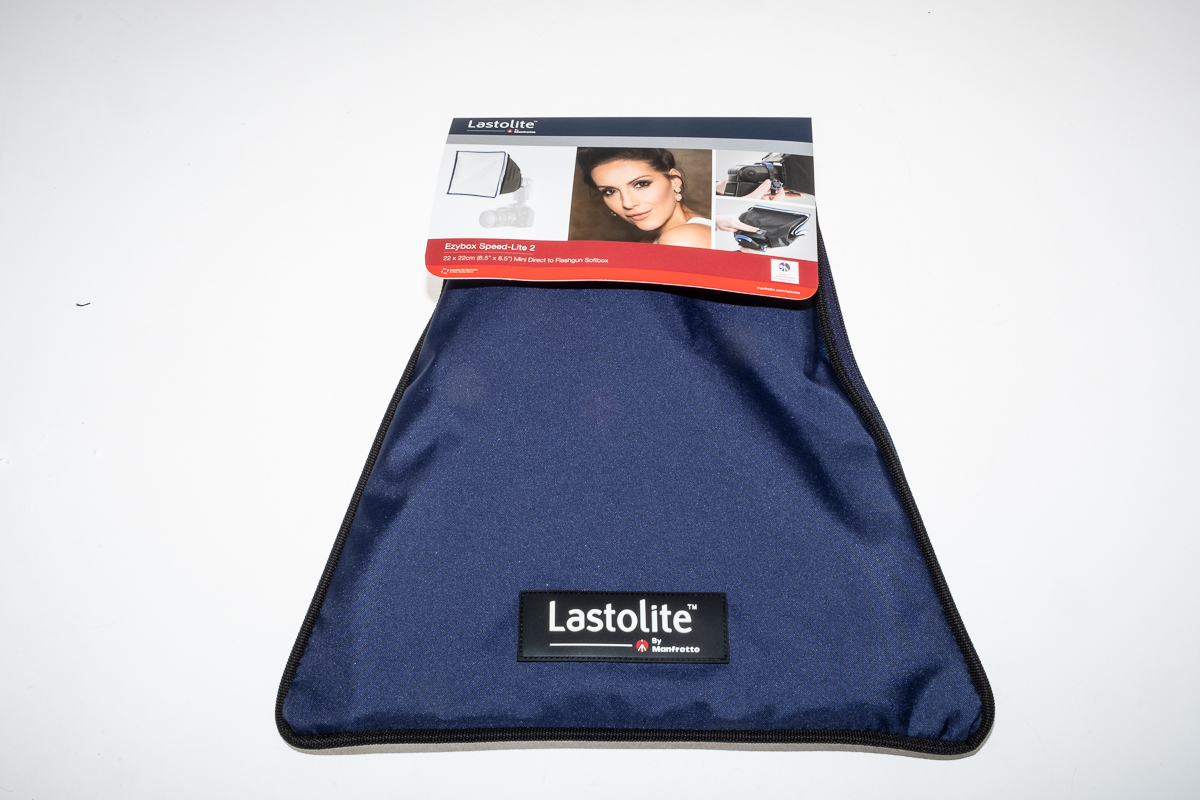 Come to think of it, that catchy title would make an equally catchy product name. Thanks, Lastolite – send me one when you make it.

But today’s Lastolite product is the answer for both the run-and-gun people shooter who has to keep their speedlight on their camera and the more ambitious portraitist who can get the gun off  and onto a light stand. It’s an adaptation of a classic idea but with a couple of new convenient twists.

To start with, and this is common in all the Lastolite range of goods, it is well packaged. They build for people who are going to haul their gear thither and yon repeatedly – the working pro and enthusiastic amateur who do not baby the goods. Hence they tend to bag everything in sturdy nylon cases with big zippers. 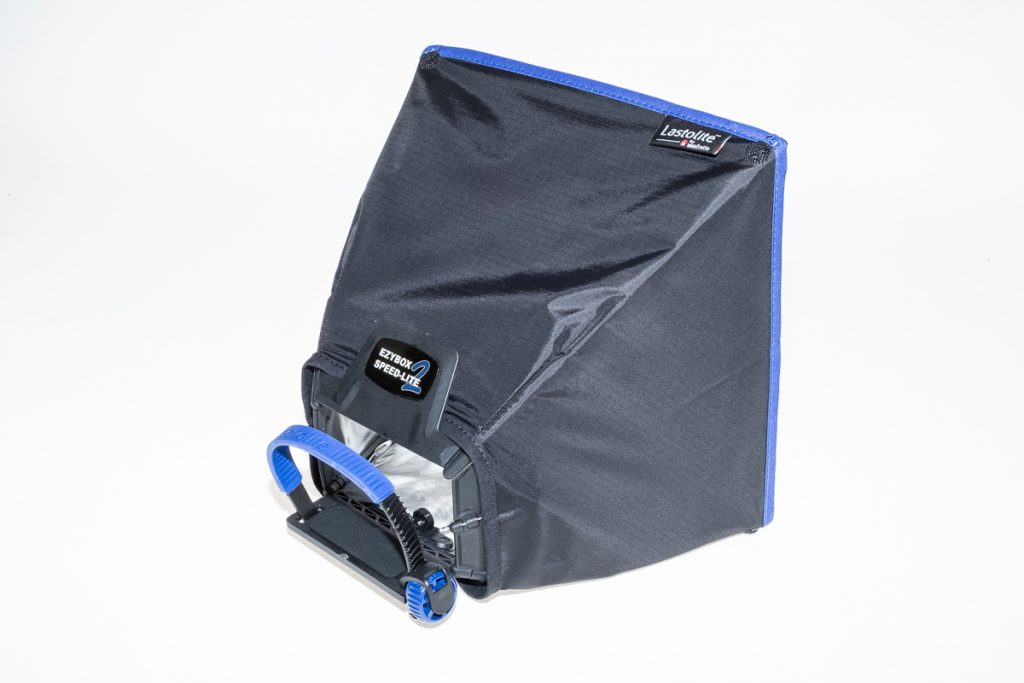 This case contains a folding softbox – one that sticks to the front of your speedlight. The construction is such that the sides fold flat and the thing collapses on itself, with no complex rigging of struts required. The interior is silvered and has arrangements for a second internal light baffle as well as the diffusion panel on the front. 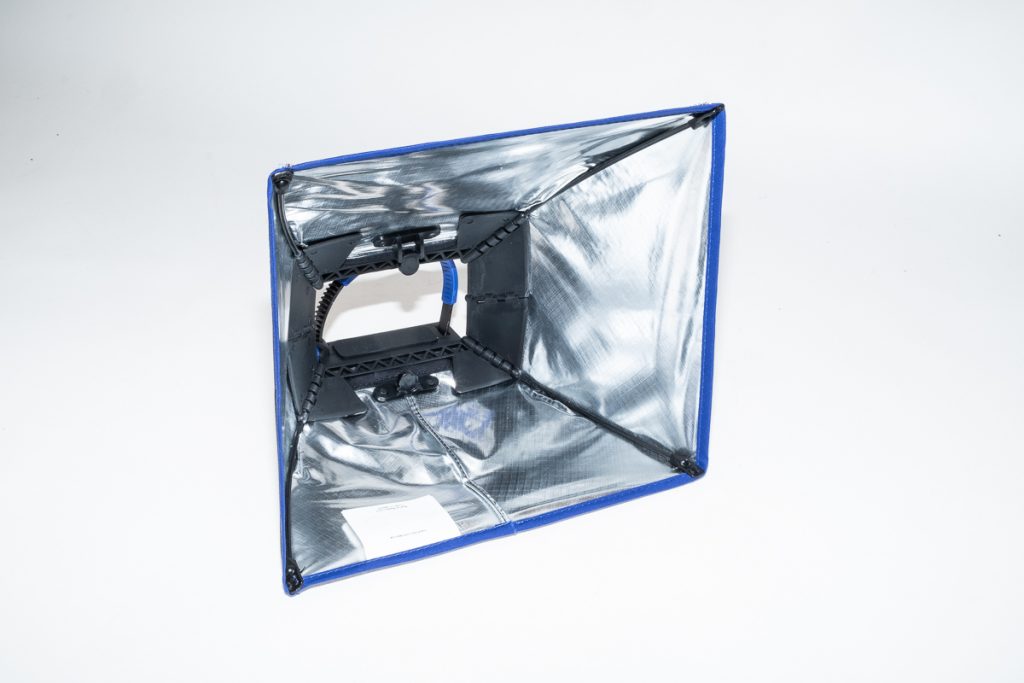 It is the mechanism of the speedlight clamp that delights the most. Gone are the days of rubber loops, velcro straps, or elastic collars. The blue knob turns a gear inside the thing, the band is driven positively, and the thing clamps on firmly with no fuss. 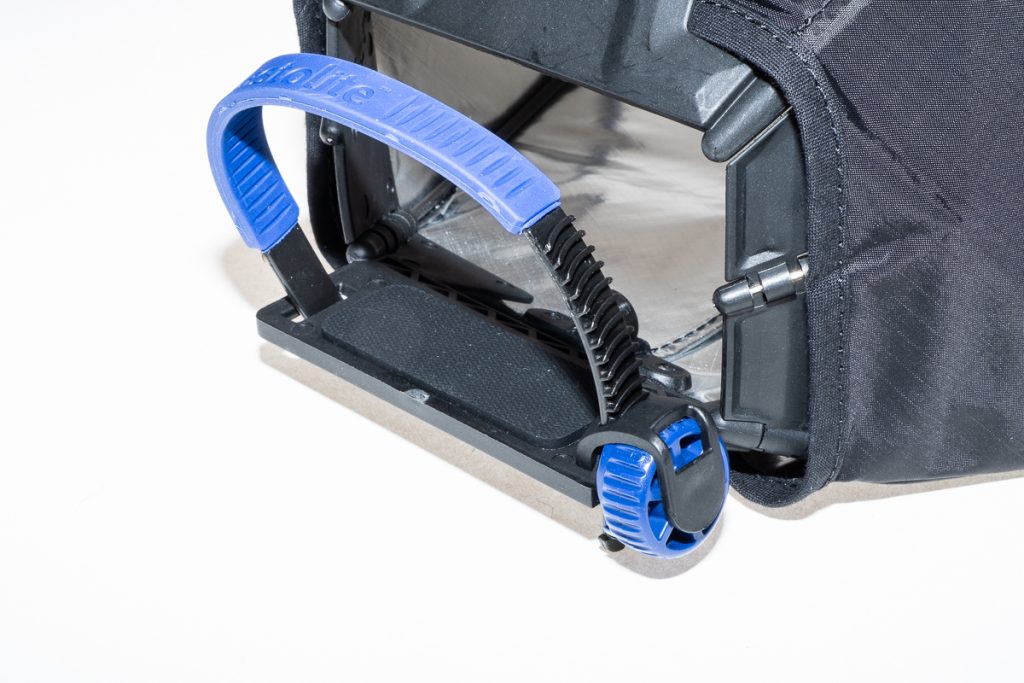 And the results? Well, here’s the EzyBox Speed-Lite II on the Fujifilm EF-X500 gun attached to the top of the X-T2. The model is Legless Lou who has just returned from sacking and pillaging Lindisfarne. Note how the harsh flash of the first image flattens and de-models the image…and how the softened second shot bring eases the shadows. 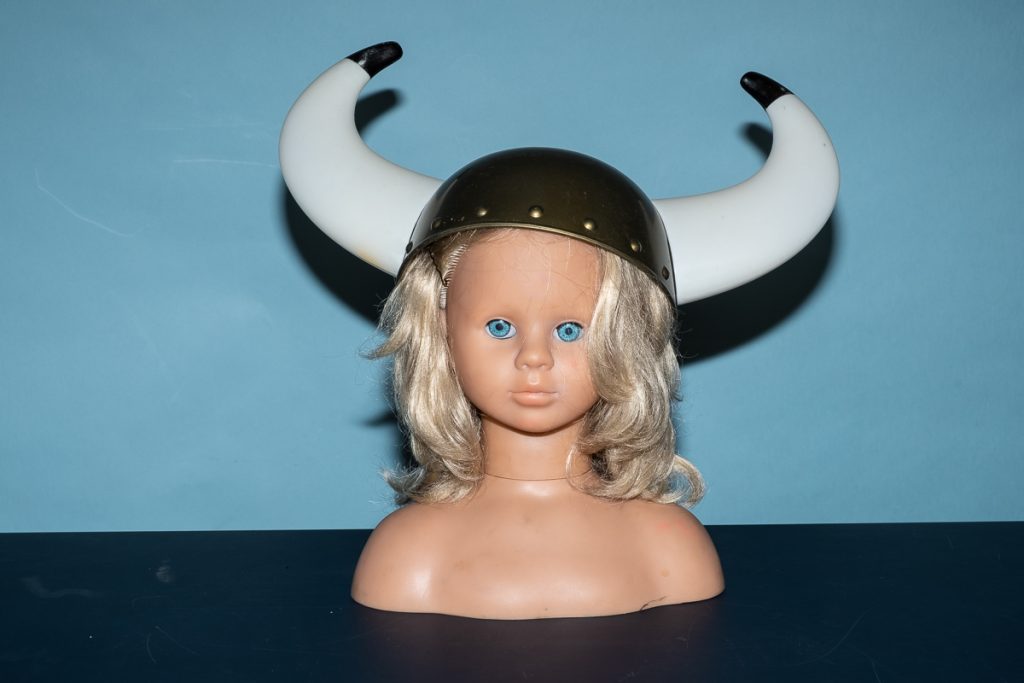 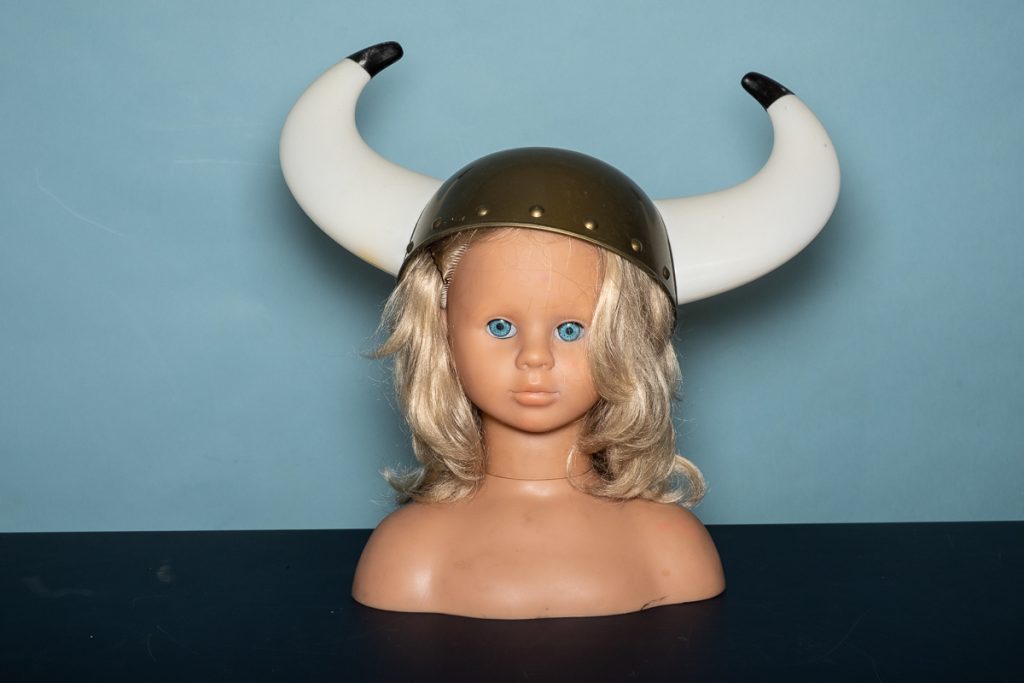 But beware – there is a slight WB shift due to the twin diffusers.