Whose Picture Is This? 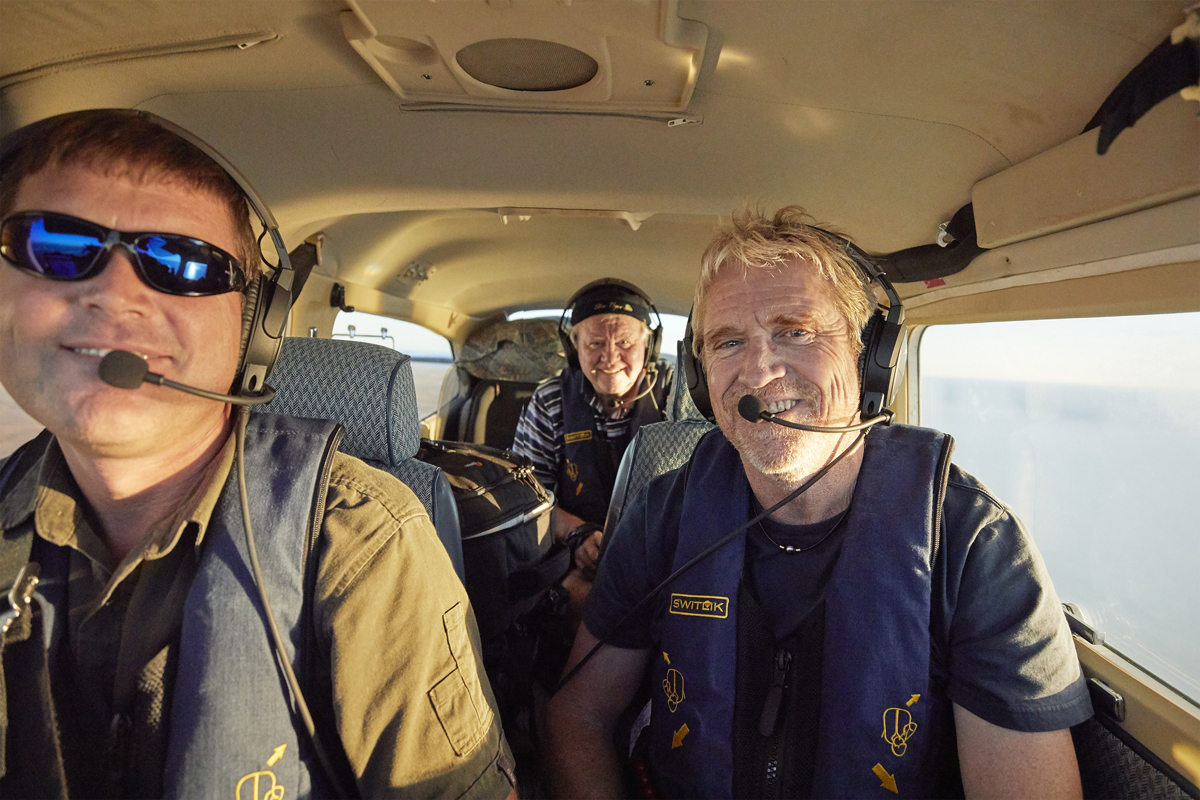 27 Sep Whose Picture Is This?

I asked Denis Glennon and Tony Hewitt about the images that feature in their ” Girt By Sea ” exhibition on currently in the Central Park building  – 152-158 St Geo Tce. I had seen them in the magnificent exhibition book that’s going to be for sale and wondered whether there was a preponderance of one contributor’s work over the other. It’s one of those questions sensational journalists ask…to see if they can start a fist fight in front of a camera.

In this case Denis and Tony were a lot smarter than I – they explained that the nature of the project ( two of them on the left side of a Cessna looking down on an entire continent.) meant that perforce they would capture many of the same images. From 500-8000 ft the displacement of lens views from the front seat to the back seat of the airplane subtends a very small angle. SO they took the opportunity at the inspection stage to compare images and then to choose the best one of the two. 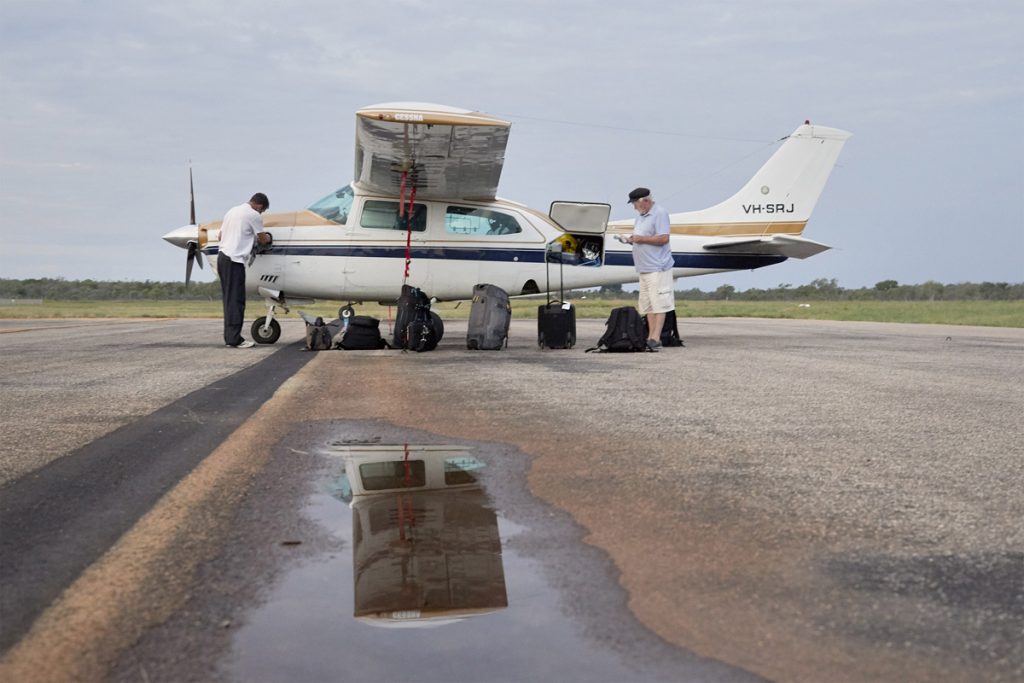 Reflection of the wing in the remnants of a passing storm – Derby WA.

The final result as seen on the display stands or in the book really does represent a committee decision – albeit a committee of two – that was then further refined with a graphic design input to make the end product look very good.

How much post processing? Very little – no layering, no cloning. The flavour of the image improved with contrast, saturation and cropping – but you must regard this as the action of a superb chef in making the dish to his taste before you taste it. Remember in the first article that we said it was an artistic and impressionistic journey – not photo reconnaissance mapping for the RAAF. 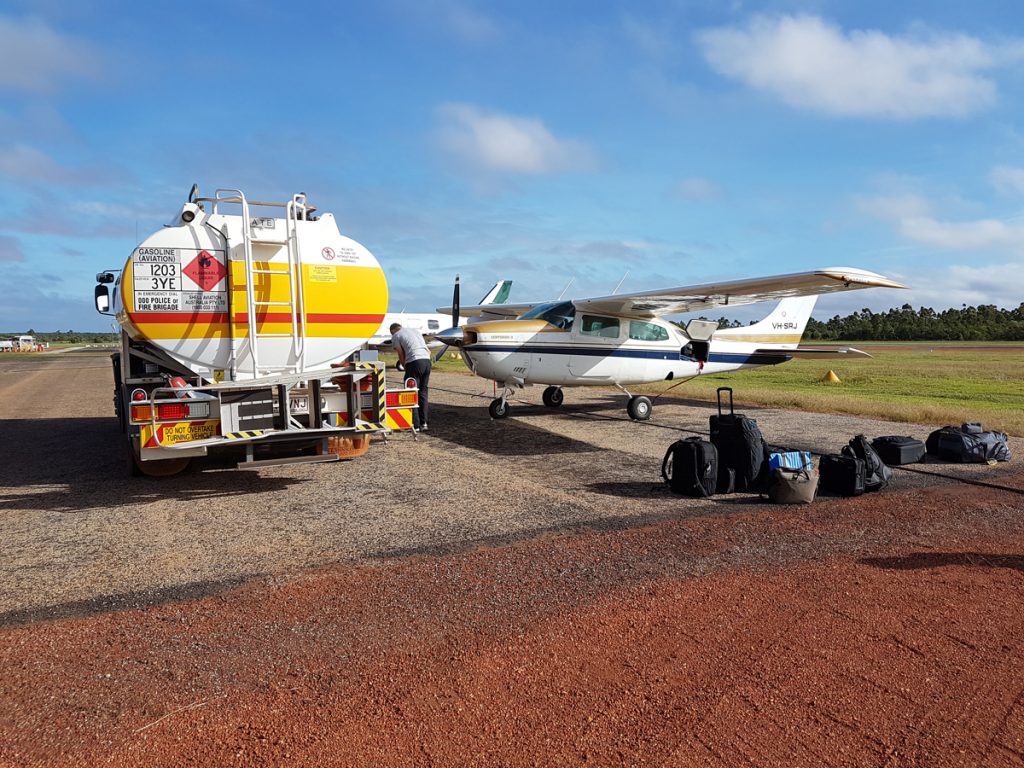 I asked another silly question, but got a sensible answer; I asked whether there were no-go and no-photograph areas. I expected this to be in defence force areas. Well, that wasn’t the case, but there were places where there was no chance to fly over or set down because of other considerations. Arnhem Land with its web of permissions and restrictions was one, and Sydney Harbour another for air operational reasons.

Now, do you want to ask the principals of this wonderful project your own awkward questions? Do you want to find out how to do similar things and plan similar achievements? Do you want a behind the scenes look at ” A Dream In The Making ” ( their words, not mine…)? Well there will be a workshop day sometime between now and Christmas to let you do just this – Denis and Tony will keep us informed here at CE and we will let news of it out in this weblog column and in the regular CE Facebook and newsletter channels. 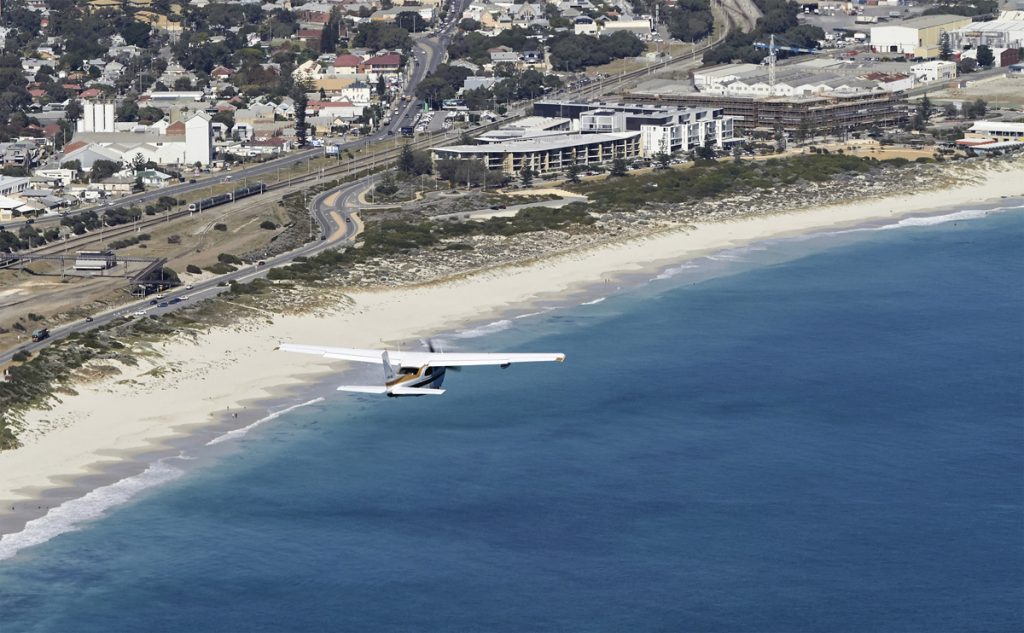 Cessna 210 flying past Leighton Beach on the last leg before landing at Jandakot airport to complete the adventure.

A final note for those attending the Central Park Building exhibition: If you are going to treat yourself to a print from this exhibition, Denis and Tony have said that the print you see can be the print you get – the actual thing doesn’t need to go all the way back to Sydney and then be re-sent to WA. You can take it home after the exhibition. If you fancy ALL the prints and can’t decide on just one, buy the book…

Note – all the pictures are by Denis Glennon and Tony Hewitt.