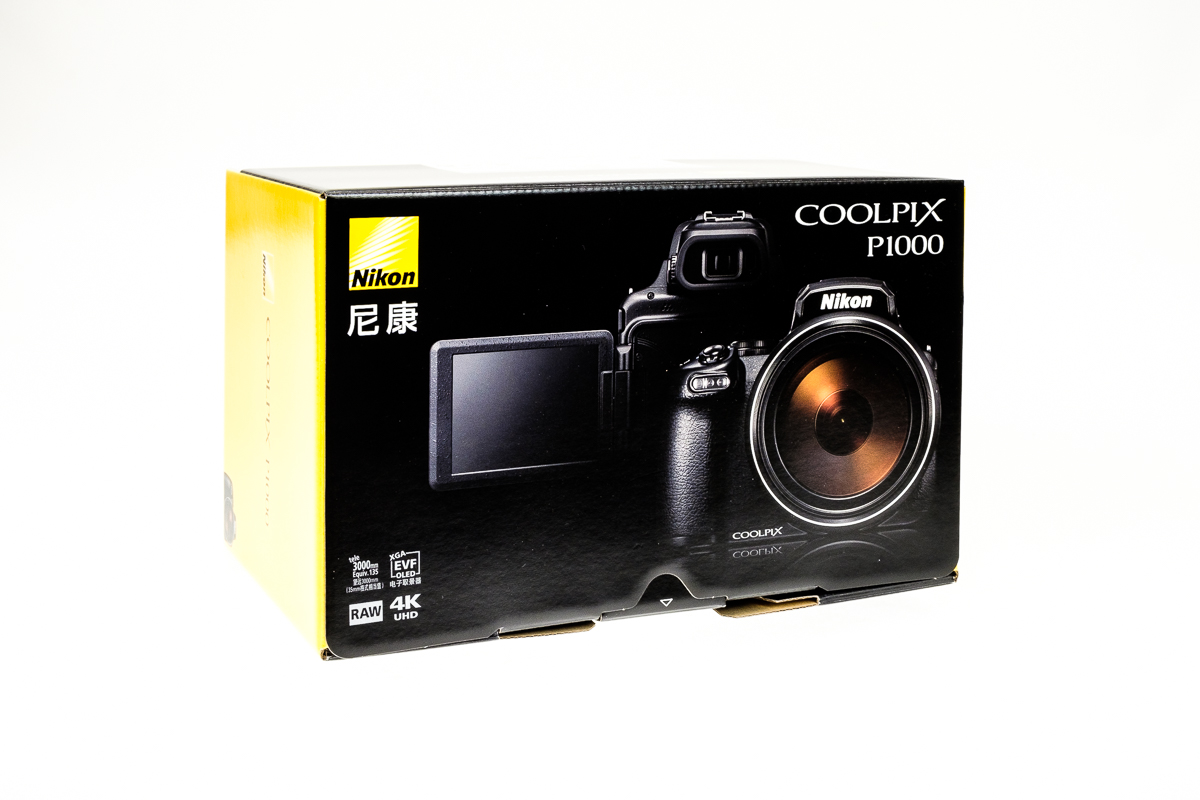 Let’s start the day off right – peering at people from a long distance way and then pressing buttons.

When I got the message from Saul that the new Nikon Coolpix P1000 was on the storeroom shelf I beetled into Stirling Street and checked it out. I was impressed with the feel of the box when I lugged it away – figuring that it was probably packed with accessories and extras. It was the sort of weight that you associate with truck batteries or artillery shells. Imagine my surprise when I turned up one small EN-EL20A, a charging cord, a strap, and a giant lens/camera. 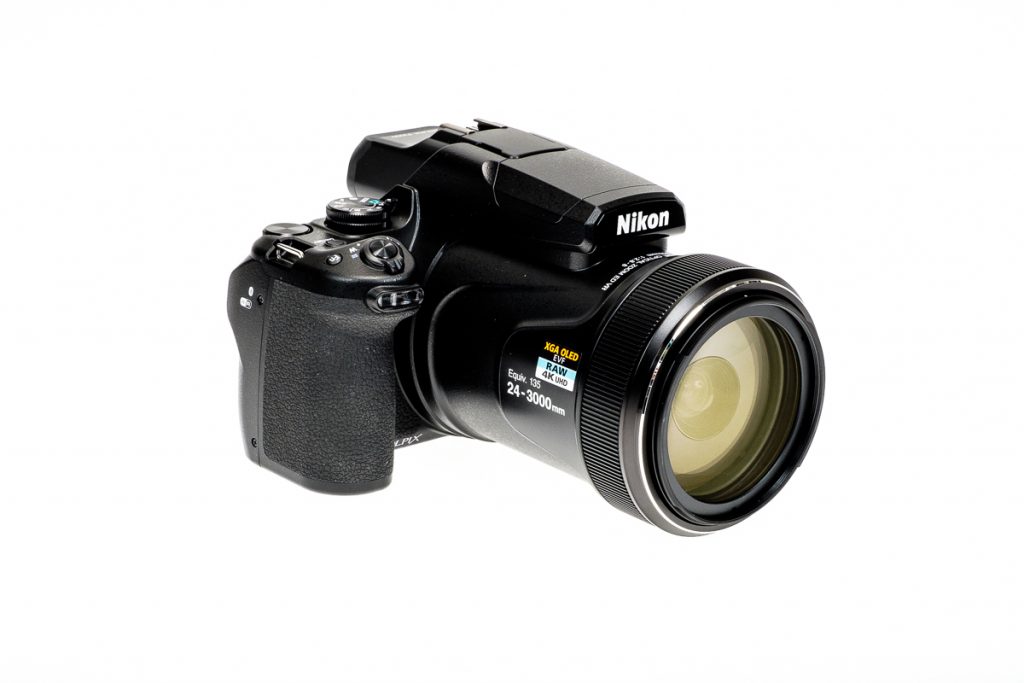 Coolpix cameras are not generally massive, being Nikon’s answer to the compact-sensor consumer camera class – but when they are attached to a lens that goes from 4.3 mm to 539mm focal length you have something very special indeed. In mathematical terms, that is 125X zoom….if you think in the old 35mm film world, it is a focal length range from 24mm wide angle to 3000mm tele! For a device that’s not attached to a tripod or tracking mount, that is pretty impressive. Here it is compared to my normal Fujifilm X- Pro1 with an additional grip: 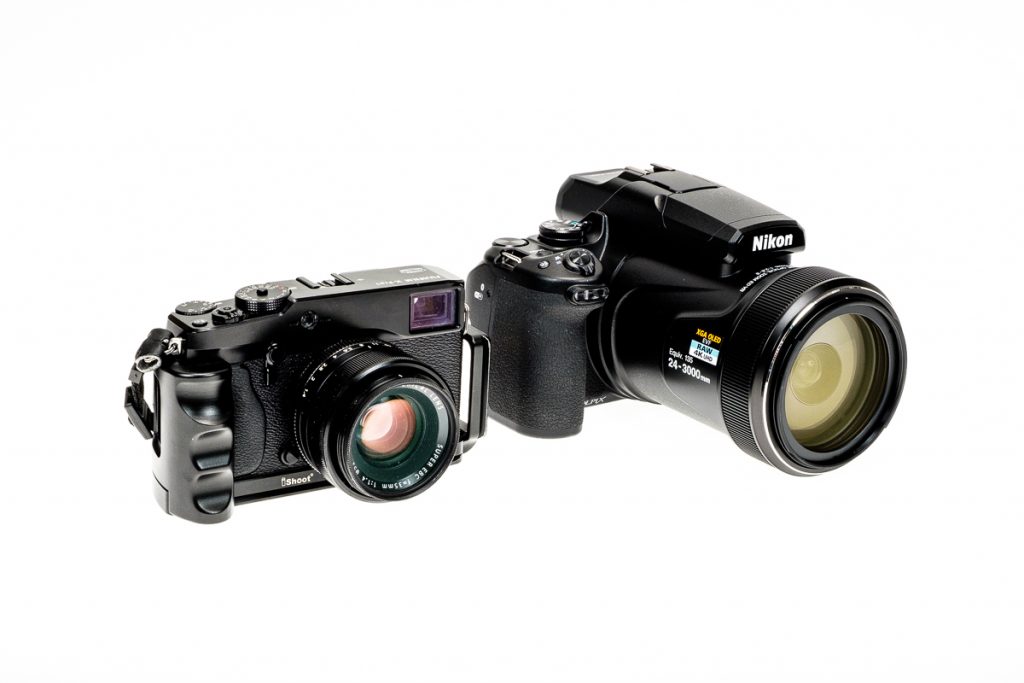 Who in their right mind needs a hand-held telephoto camera this size? 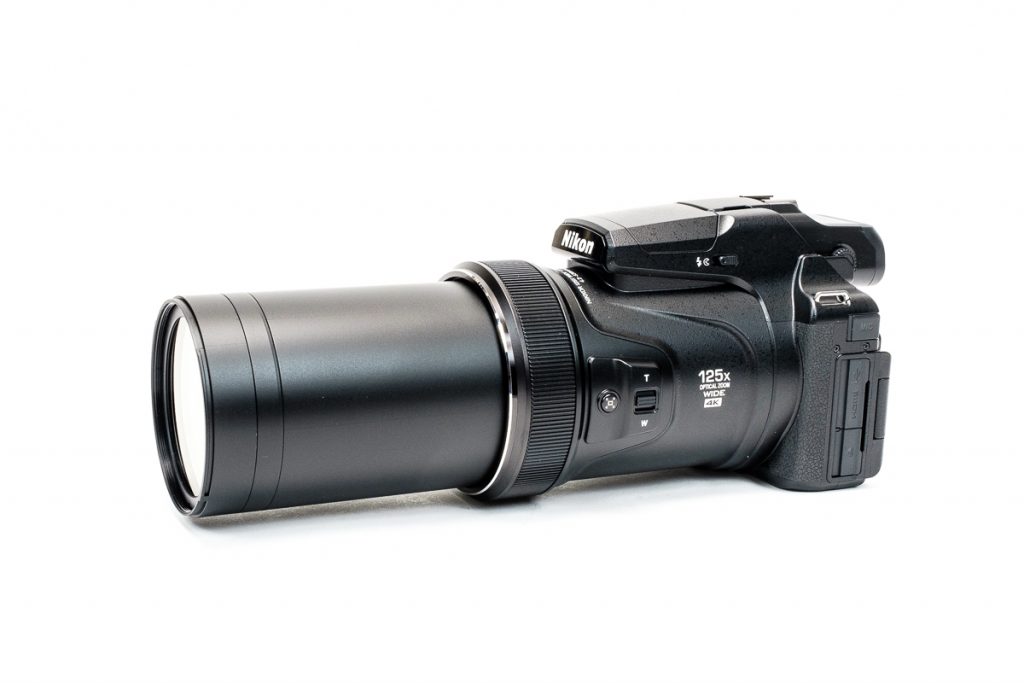 Well, people chasing bears and lions, who wish to keep their encounter upon that basis without it becoming a reciprocal venture, appreciate distance. So do photographers at motor tracks, surf beaches, air shows, and the lairs of secret villains. It is all a matter of getting the maximum quality from the maximum distance while being able to carry the equipment in and out. 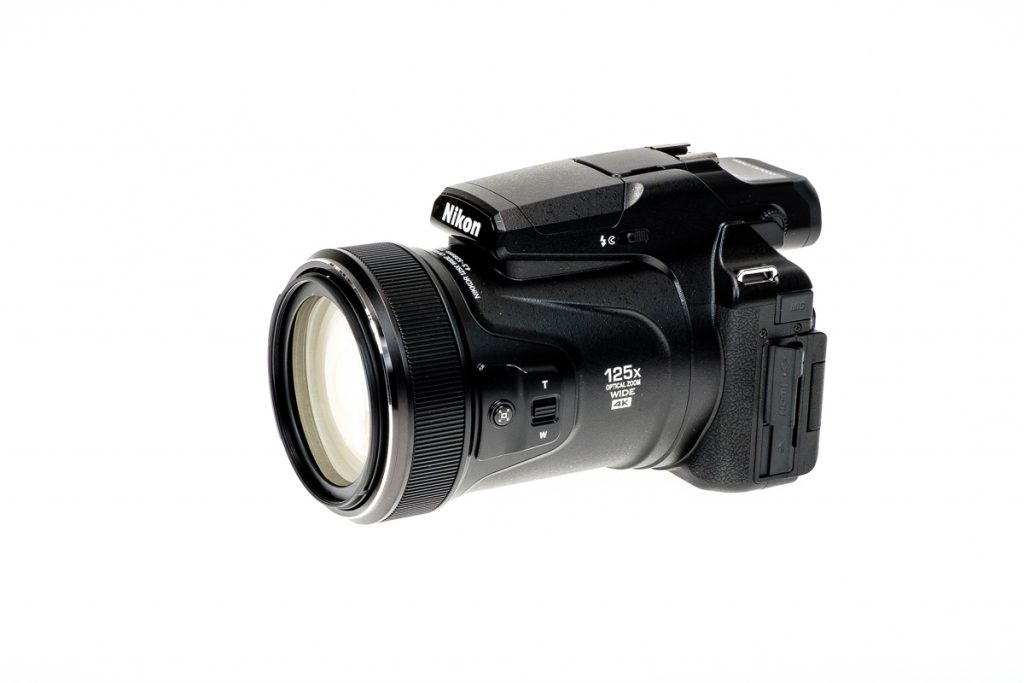 Nikon have always had an interest in this class of camera – look at previous posts that featured the Nikon Coolpix P900 and others. The P1000 is the next step. 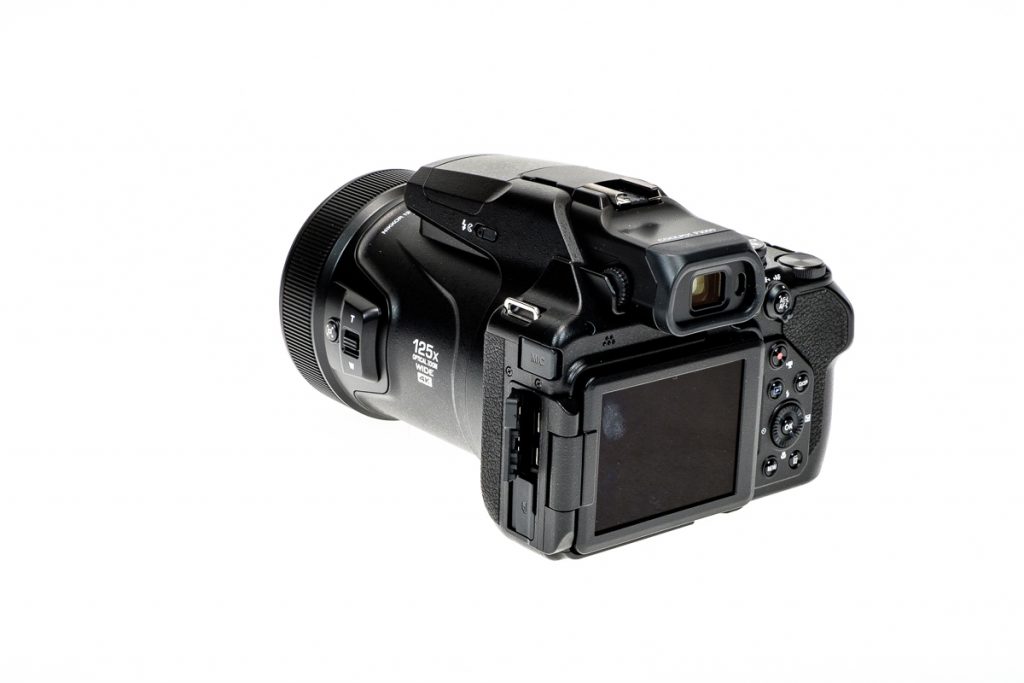 Remember I said heavy? 1.415 kilograms. Enough to give you cause for pause if you contemplate holding it for any length of time –  if you can arrange a tripod or monopod in your shooting position, you will appreciate it after an hour or so. Your left hand and arm will be doing the most work supporting it, while the right operates the controls. You’ll get good steady results if you do have to hand-hold, as there is a VR mechanism that kicks in as soon as you take a pressure on the shutter button…but you might want to study some variation of the standing schutzen position that the Swiss use at target contests. Tuck your left elbow into your hip and stand cocked over your leg. 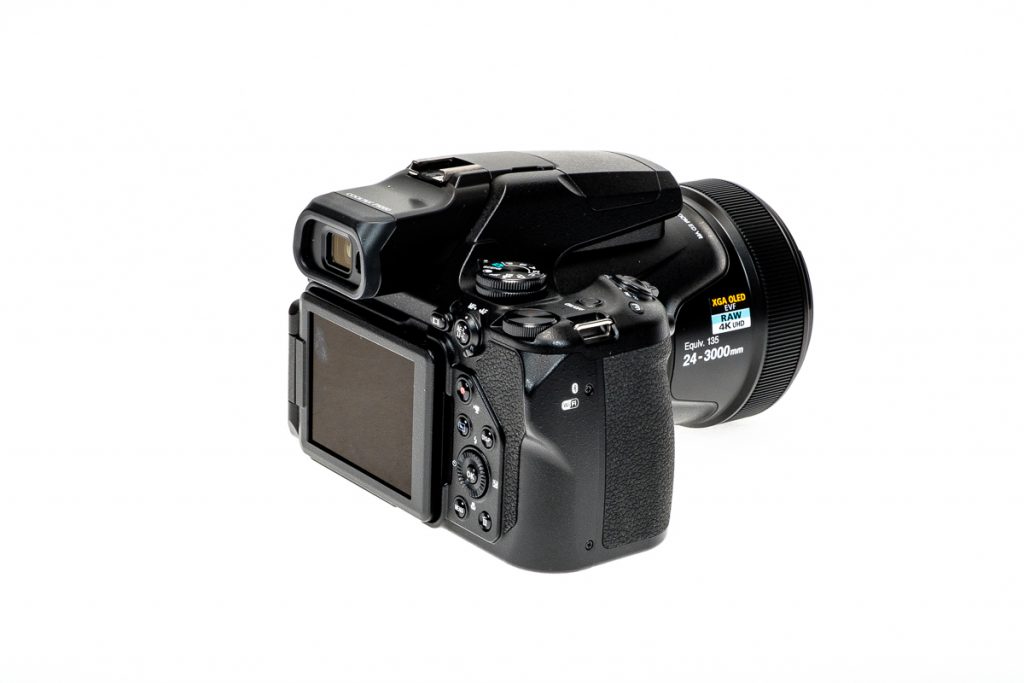 As with any camera this size, when you are going to be holding the lens barrel up, you cannot expect to have many controls on the left hand side of the camera body. Nikon give you all to do on the right. 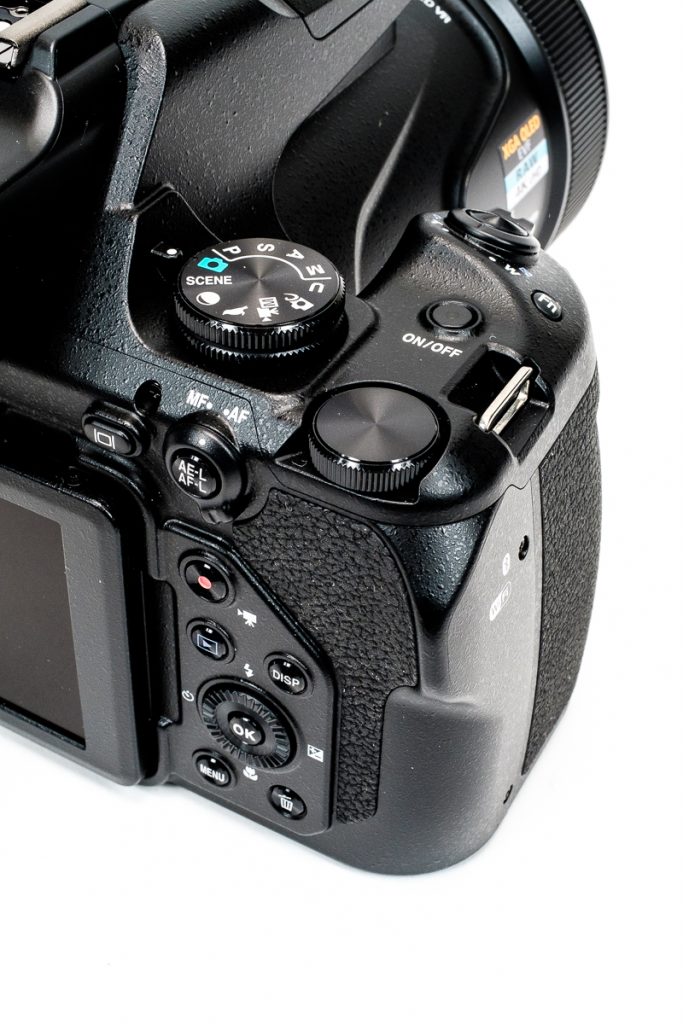 I should have liked a joystick for AF point movement, but then Iam spoiled for that sort of thing now – and you can have one on the new Nikon Z7 anyway. I could not seriously cavil at the camera’s choice of focusing points when out on the field – it was all happening and I wouldn’t have had time to fiddle anyway. I did appreciate the long rear housing with rubber lip for the viewfinder as having spectacles on makes some viewfinders difficult to access – this one’s perfect. 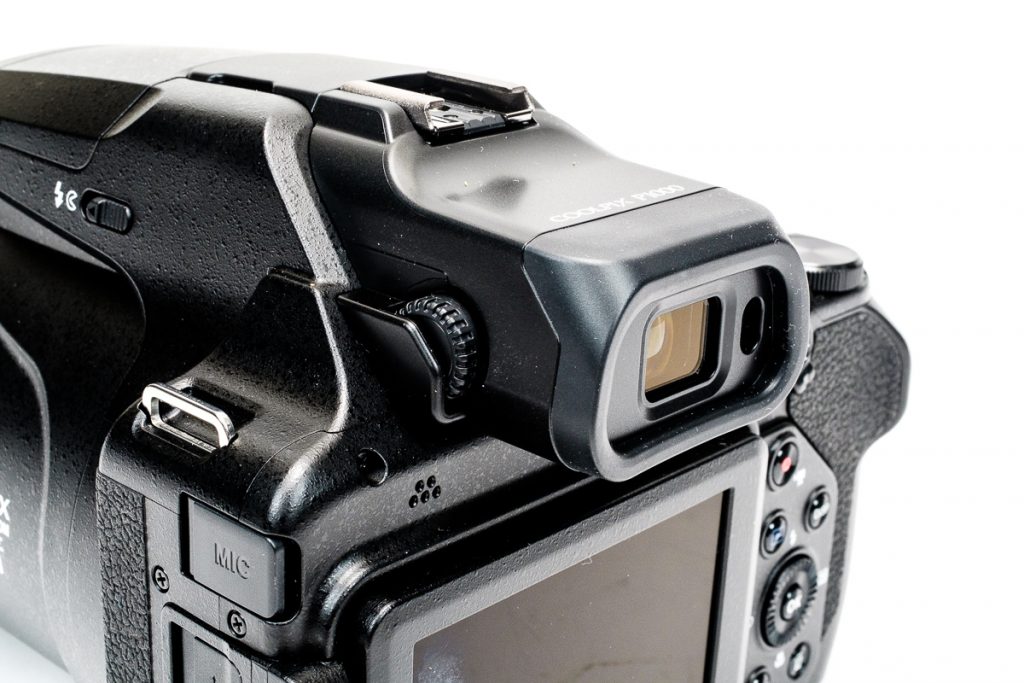 Note that I also appreciated the inclusion of a decent-sized flash tube on a pantograph. It enables the integral light to get out past that monster of a lens to work on close-up objects. Yes, it will take decent model airplane pictures, but you are spared them this time. 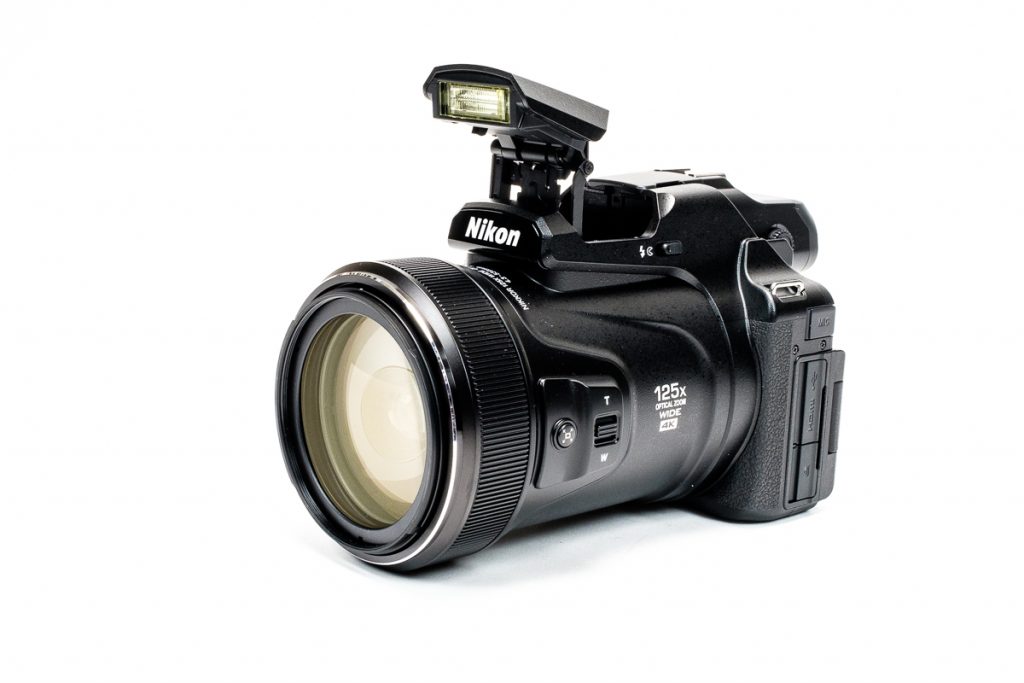 Note that your left hand will be doing something as you support the assembly – there is a zoom lever there for your thumb if you prefer it, but the real deal is that button just in front of it with the funny little four-way symbol. What does it all mean? 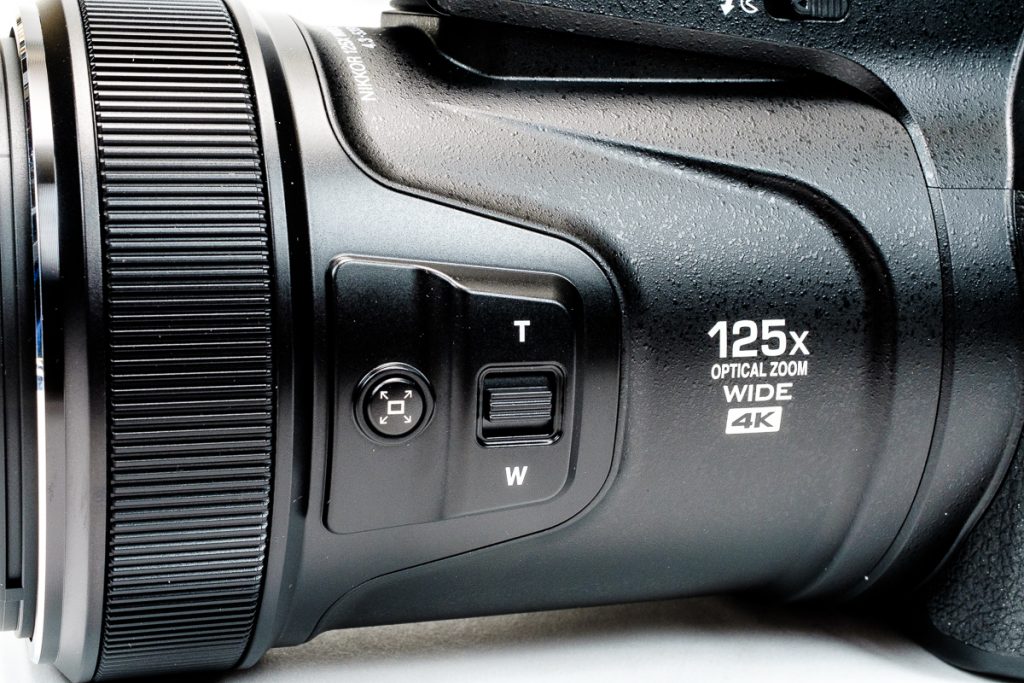 The button is a control to reurn the lens view from the long tele to a wisde angle for as long as you press it – with a rectangle indicator in the viewfinder that lets you know where the lens will re-zoom to once you release the pressure. It lets you pre-find your target in a hurry where otherwise you would be waving it all about trying to acquire it.

Now, with the battery charged up via the adapter in 3 hours, it was out the door into the cloudy weather…