When Olympus Get it Right 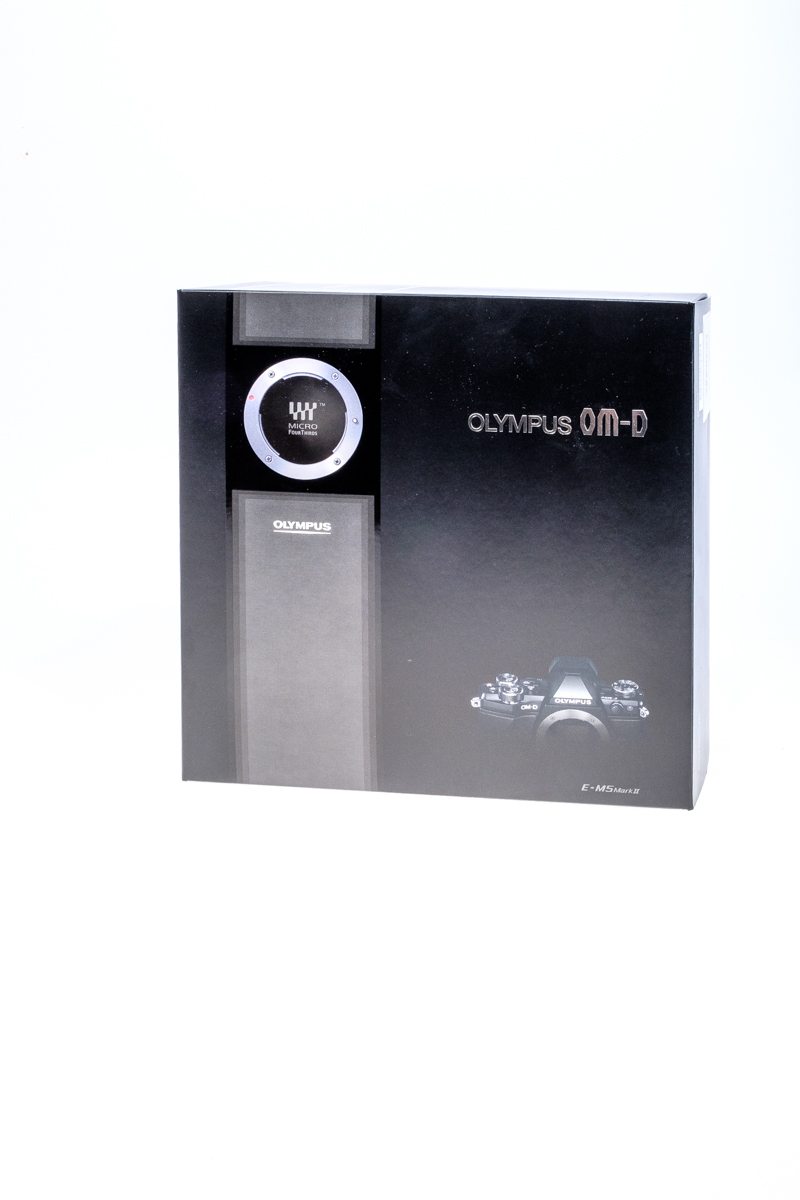 22 Aug When Olympus Get it Right

You might be wondering if I was going to pair the title with a lead line that implied there are times when they get it wrong. Relax – nothing of the sort. I am in a positive mood despite the wintry weather.

My goal was to try out a longer lens on the Olympus Micro 4/3 system than hitherto. Oh, I’ve shot with long lenses on bridge cameras and even gotten out to 400mm on a APS-C sensor but this time I lusted after the M Zuiko ED 300mm f:4.0 IS Pro. As it has to be used around the metro area – no hauling it to Bali for surfing shots – the local airport scene was going to be the testing ground.

But first the other part of the test bed – the camera body. Olympus make a number of OM-D models that could handle the lens – generally labelling them as E-M1, E-M5, or E-M10, with different target markets, price points, and specifications. There are now Mk II variants and I noted one camera was up to a Mk III version. I  approve of the use of the mark numbers as it means that the individual variants can be traced back to their source machine – like Hurricanes and Spitfires used to be. The enthusiasts can spot them and nail them down with one glance.

I picked an OM-D E-M5 Mk II for the body. It has been described as a professional body with exceptional stabilisation and with the long lens and my hands I figured I needed all the help I could get. I was prepared to take a tripod to Jandakot but not up to the Perth observation platform with the risk of inclement weather. 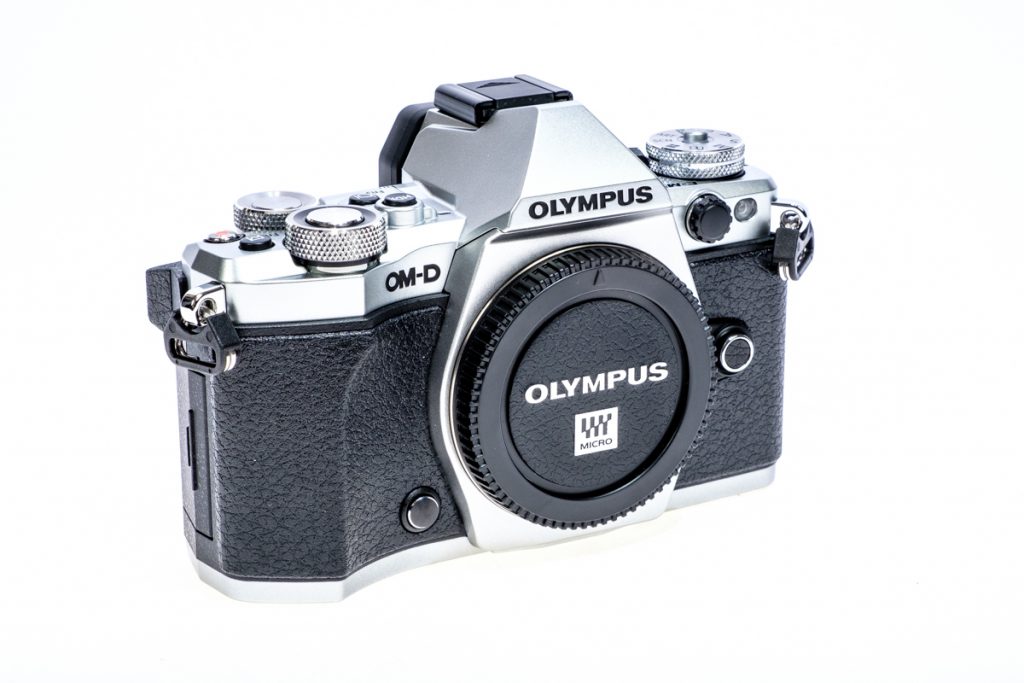 The body is small in the hand compared to the standard DSLR and actually small in comparison to my normal mirror-less. That said, the grips and position of the control wheels were all that anyone could want – the Olympus trick of putting large deeply knurled thumbwheels for the frequently changed settings is very wise – particularly the one that’s concentric with the large shutter button. I would also applaud the numerous function buttons if I were a person who used them a lot.

I do applaud several other design decisions:

a. Putting the SD card slot on a the side of the camera with a separate door. Even in this compact body they have found room to slide this in. No more disrupting the body on a tripod to exchange cards. 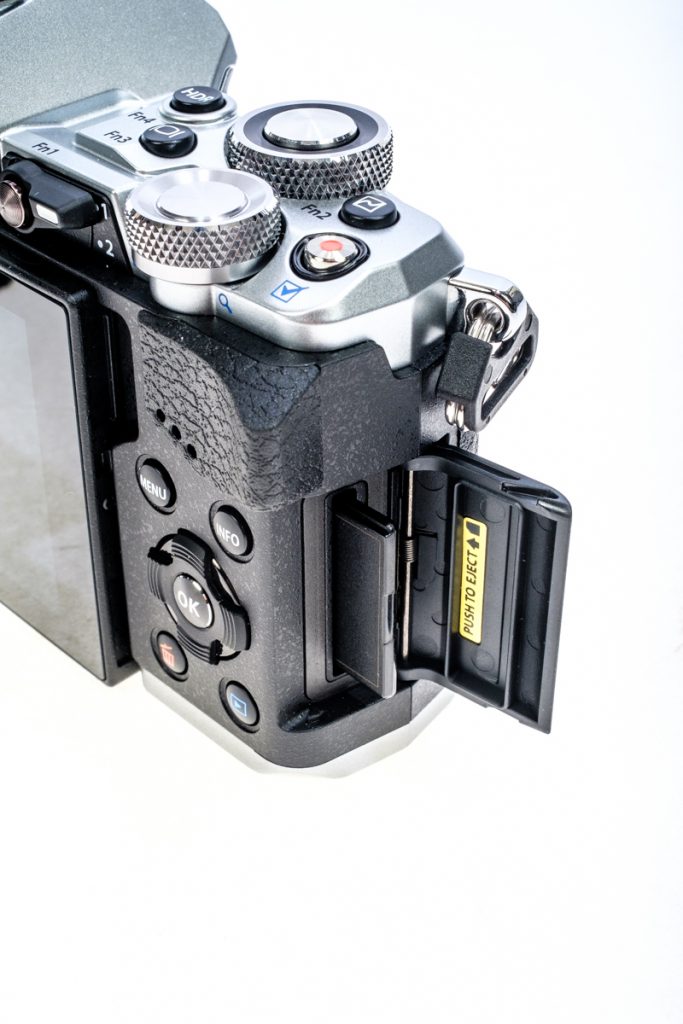 b. Inclusion of a separate red video start button. One of my cameras depends upon an D-ring button to do this and I am always forgetting about it and making useless little video clips by mistake. It was the relic of a firmware update.

c. Provision of a proper pc socket to trigger studio flashes. It also triggers a lot of older flashes that may not need the full TTL hotshoe capability. 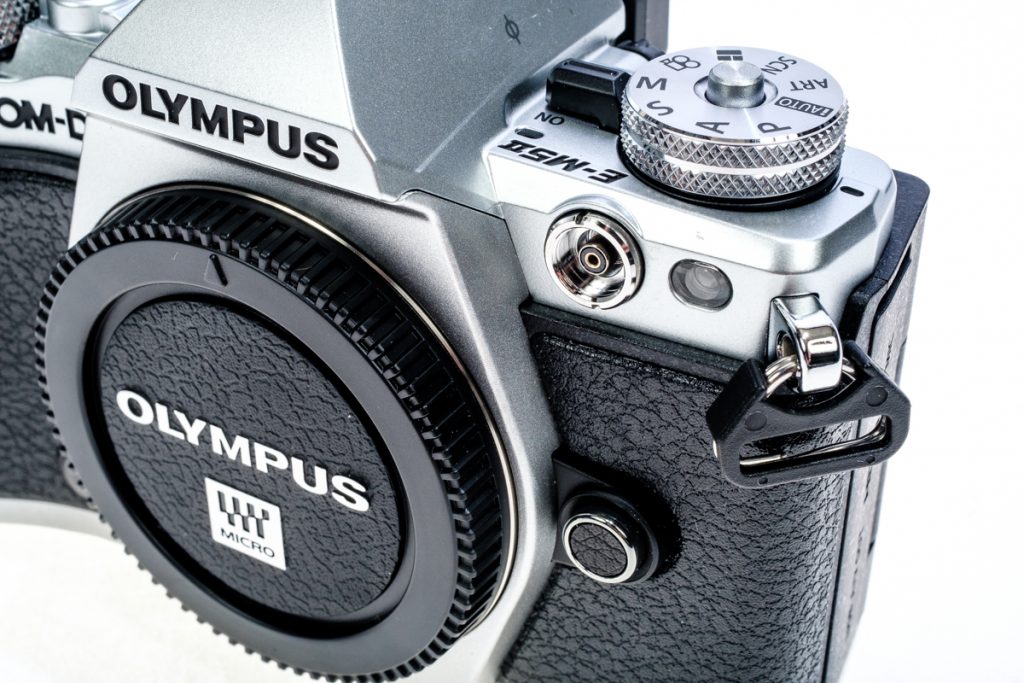 e. An on/off switch that is definitely one thing or the other and cannot be snagged by the sides of your bag as you slide the camera in and out. If you remember to turn it off before you house it, it won’t be running the battery flat and the screen hot by accident. 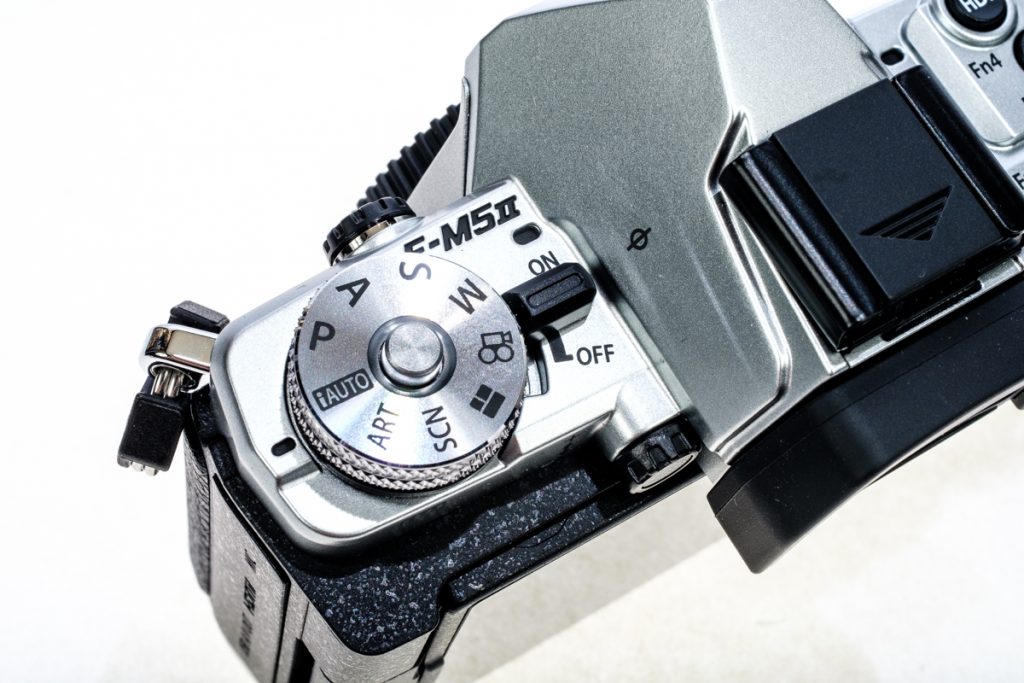 f. Enough information on the rear screen to act as a sort of Q menu as you shoot. It is a touch screen, if you wish, and the symbols are not so arcane as to defy interpretation. The viewfinder is good and stands out far enough to accommodate most faces. 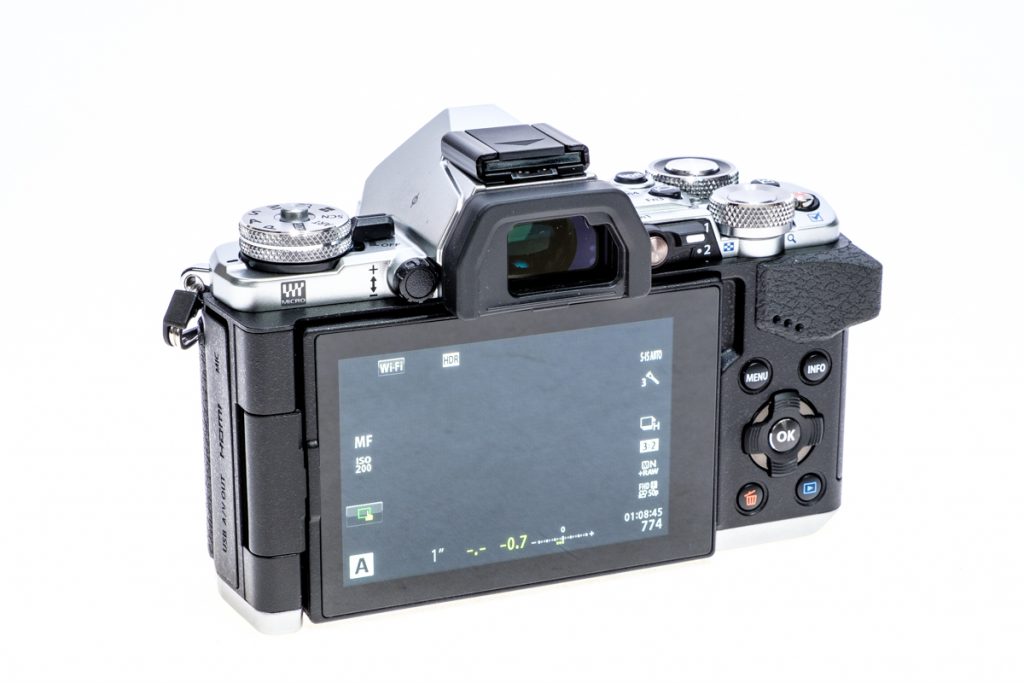 g. The screen is a side-swinging variety – it can be positioned to make a finder for portrait orientation and as it is touch-enabled, it can be a pretty good control panel in that way. 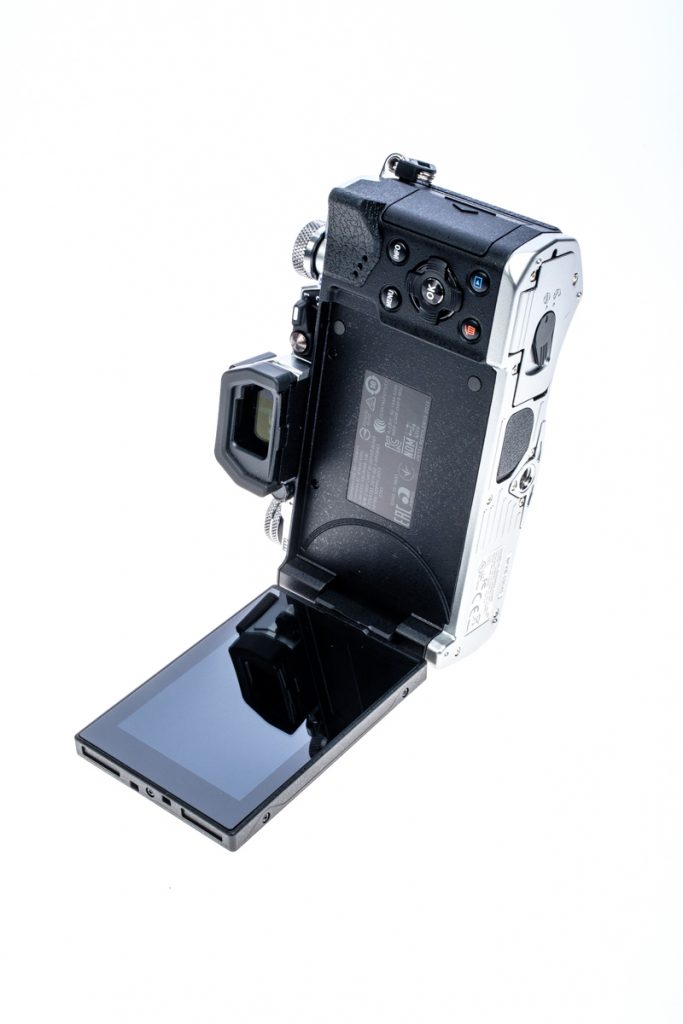 The body has a number of special tricks – HDR, art filters, focus stacking, and Live Composite shooting are some. But the thing I needed was the 5-axis stabilisation in the body and what they promised was going to be high-speed autofocus. Because I have discovered just how hard it is to get something to find an airplane in a bare sky in a short period of time. No names, but some other cameras hunted around like a pack of hounds in just that situation.

Note: I see from the back of the camera that the electronic level gauge alerts you to front-and-back as well as side-to-side tilts. Wish I had that elsewhere, as I am always going off level just when I hope to have everything square.

So time to attach a lens and strap the rig into the front seat of the Suzuki and then off to the airport. It’s not a long road trip but if you get the afternoon traffic it can seem so…