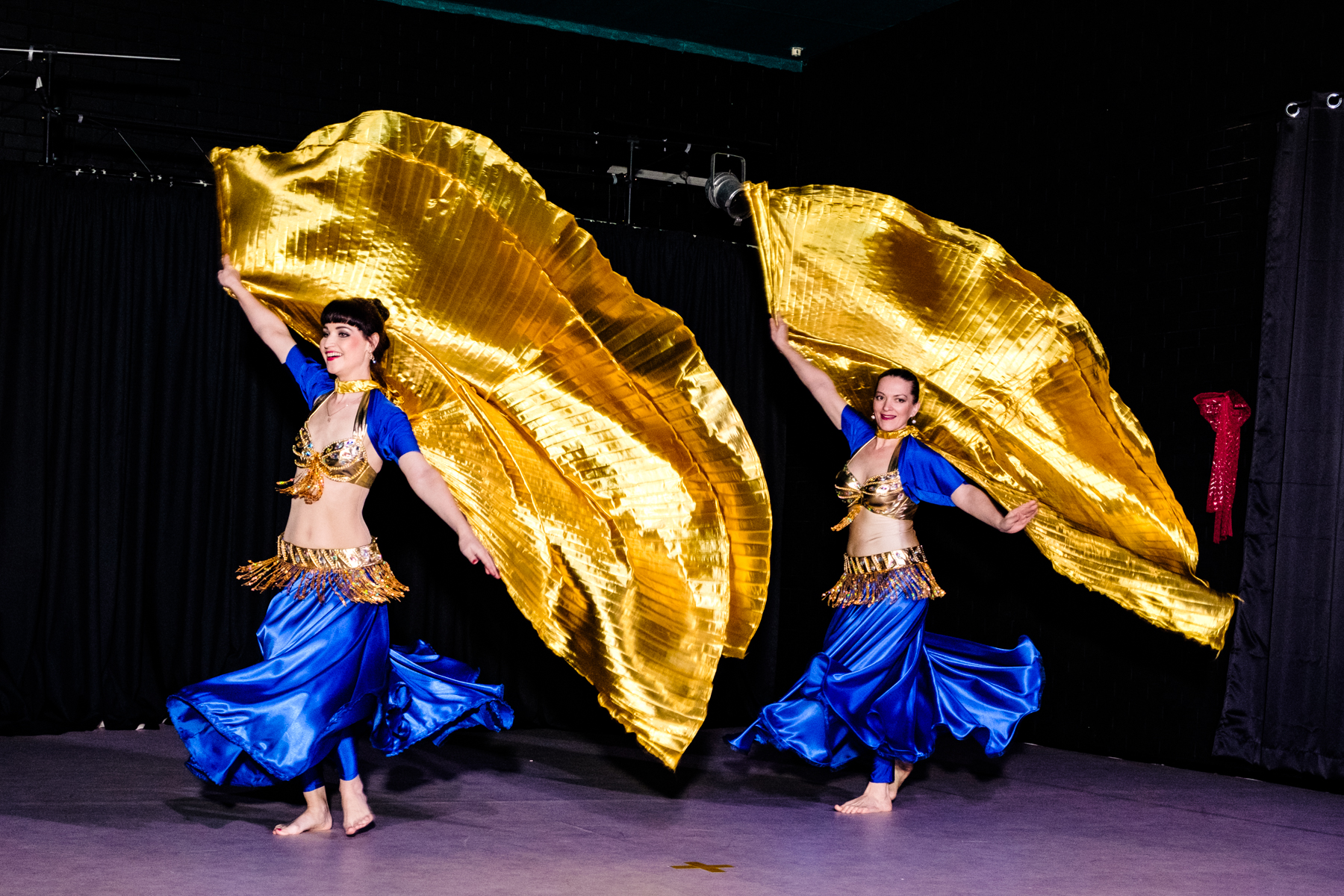 This post is pretty much a cut and paste copy of one I wrote for my own photography blog. I don’t normlly plagiarize myself but the whole thing worked out so well that think it can help other people. Here goes:

For years I’ve been flashing in public. Never arrested for it, I’m proud to say, and in many cases paid good money to do it. It is one of the job advantages of being an event photographer. Of course I flash in the studio too, but no-one ever takes any notice.

At the dance shows I cover – the Middle Eastern-flavoured haflas – there is always a good deal of wild colour in the costumes and makeup. The venues are less bright, however, and in some cases the lighting rigs are unbalanced. I’ve discovered that flash illumination is a good way to overcome this, and I have purchased portable speed lights for my various cameras. These got smaller and more sophisticated as time went by and are little computer powerhouses now.

A recent failure of the new flash, however, left me in the hole. I had to send it back to the eastern-states wholesaler for replacement but had a major dance show to do while it was gone. I agonised about renting a replacement or buying an interim unit but eventually had that thought I mentioned in the column header; I remembered that the venue was small and provided with AC outlets at either side of the stage. I decided to try one of my small studio strobe lights as a substitute for the battery speedlight.

The Elinchrom head was one of their tiny ones – 125W/s flat out – but it did have a radio trigger inside it and I could fire it with a Skyport transmitter on the camera. An equally tiny Manfrotto light stand held it up and I taped the rig to one of the venue’s speaker stands to keep it out of the way.

It responded beautifully – a standard reflector with barn doors was clipped on to keep from side-flashing the audience – half power, and no modelling light after the initial setup. A quarter-second recycling time shot after shot – no battery worries and 700+ shots through in good form. I just shifted aperture from f:10 for front of stage to f:7.1 for back of stage and everyone was well inside the range. I was able to accurately match the colour temperature – I use 5900ºK – and it didn’t shift all night.

” Well I shoulda done this a long time ago ” went through my head by the end of the evening, and I’ve taken my own hint. I’ve asked about the AC power at the other venues I cover – all I need is one socket and I can tape a line to my position. Any more – such as ancillary units from side stage – would be gilded jam on the cake…but I like jam and I like cake…and I own 5 separate Elinchrom strobe units plus stands, 035 clamps, and extension cords.

And it can dawn for anyone who grabs a similar lot of gear from Camera Electronic – Elinchrom, Profoto, Jinbei, whatever. If you can get a portable battery-powered studio head to match your light shapers, well and good – if you can’t afford that, rustle around and see if the venue has a spare set of AC sockets. Standard small studio monoblocks are very rewarding.

Note: The heading image is Svetlana and Olga with golden wings at the very back of stage. Don’t they look glorious!