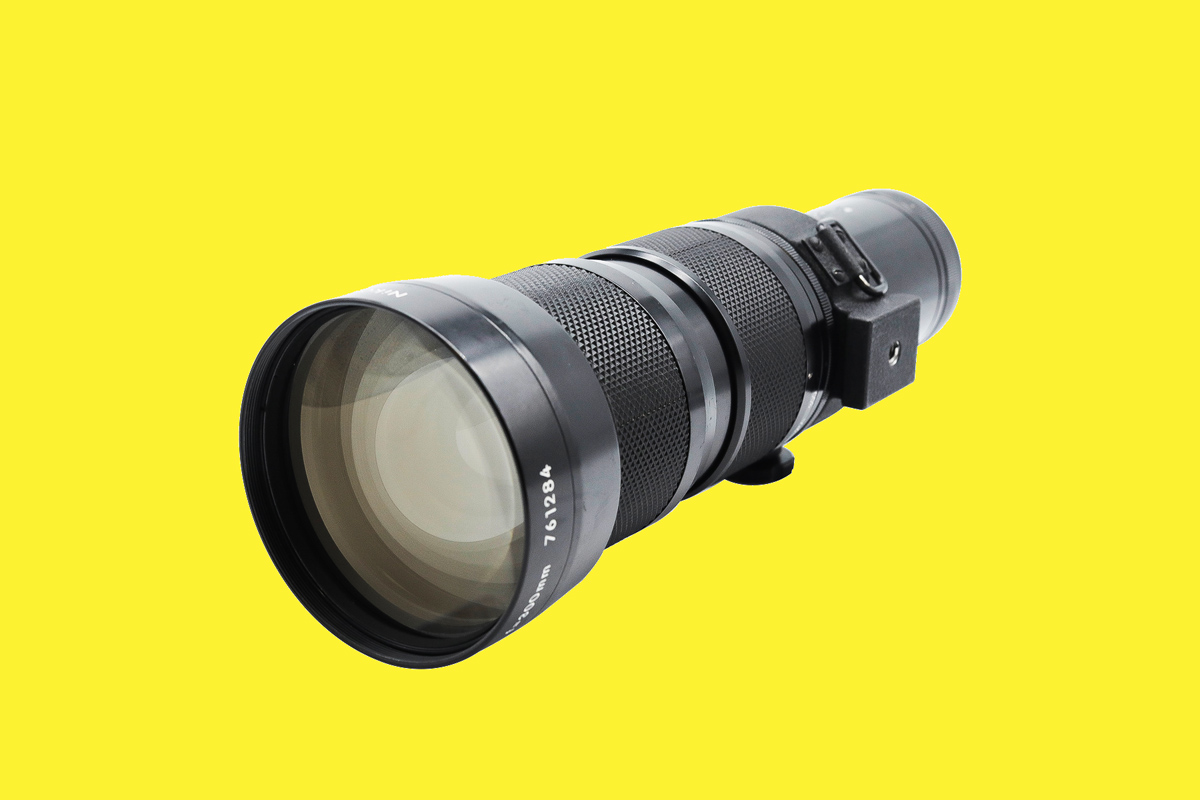 Have you got a Nikkor zoom lens on your DSLR? Have you got an SB700 or SB910 flash unit? Are they something that you take for granted? You shoulda been here at the start…

The Nikkorex camera line from Nikon were an SLR line that was pitched at a lower level of commitment on the part of the user than use of the Nikon F line. In other words, consumer shooting. Even then, the camera line was one of the first to see a 43-86mm fixed zoom lens in the early 60’s. It was not Nikon F quality, but it was a pretty decent amateur shooter. it probably contributed to the idea of producing a 43-86mm trombone zoom lens later in the decade. 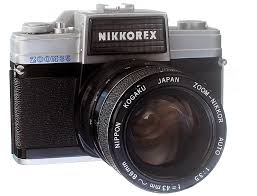 It was early days for zooms. Resolution and flare protection was low – people used them but saw them point up the advantages of the Nikon primes. It would take a longer period of development to get to the respect the zooms enjoy today. 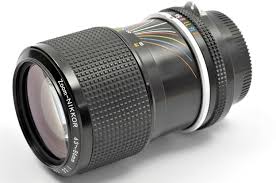 Along the way, we got the 50-300 zoom, and when it was first in the shop it seemed to be the sort of product that was fabulous. I believe it did sterling service with news agencies and newspapers due to the flexibility it gave to event and sport coverage…but the optical performance would not satisfy the Nikon design teams today. The weight of it was prodigious, but it was undeniably built. In fact, you can apparently buy one now from CE – there is an example in the pre-owned stocks  – call at Murray Street and ask. 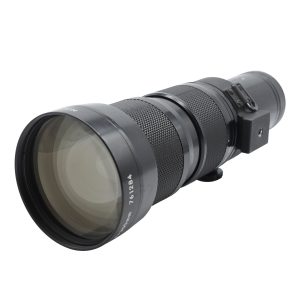 Nikon cameras of the time – after the Nikkorex and prior to the Nikon E had a crisp metallic feel to them that few other makes equalled. They also had some ergonomic quirks. Take up a Nikkormat of the late 60’s and get used to finding the shutter speed on a rotating collar under the mount of the lens. I liked it – others hated it – it did, at least, make for smooth speed changes of your left hand was cradling a lens. 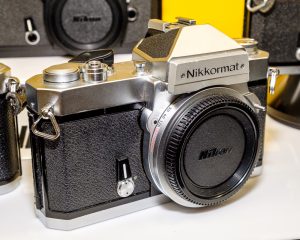 Now for the flashes – the Nikon company did not leap into strobes early on in the piece – they made a variety of folding-fan BC flash units for flash bulbs – the best ones clipped onto the Nikon F over the film rewind knob and got their synchronisation through contacts on the left side of the camera – no wires. Of course you could still fire white-hot shards of glass at your subjects with flash in those days ( I miss that now…) but that was down to GE, Sylvania, and Osram – they provided the ammunition. Boom, tinkle tinkle, was a distinct possibility. 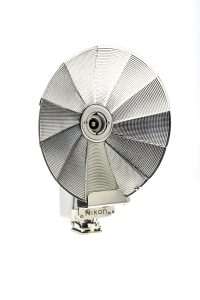 By the time the plastic Nikon film cameras started to arrive, the flat strobes had too. All SB designation, you found out what you had by the number. And then tried to figure out how to use it with a guide number. Nikon did make a lens dedicated to the guide number system for flash users that varied its aperture according to distance when you set the GN – I recall it was about 45mm focal length. It actually worked in the days before TTL flash. 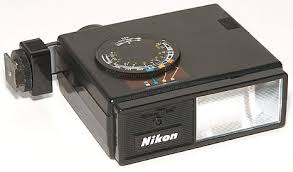 But now we are in the days of TTL flash – and what a godsend it is to a sales assistant showing off a Nikon camera to a client. You can reliably slide an SB unit onto a modern DSLR, point it at the subject and press the button. If no-one else on the sales staff or in the clientele has been jiggering with the buttons, the thing will work first time. It always looks good. One more reason the reset the gear each morning before opening…

And my favourite Nikon flash – the one attached as a dedicated ring light to the Medical Nikkor lens – 120mm or 200mm and a fearsomely complicated power supply – but remarkable resolution, the light firing down the axis of the lens onto a subject, and the ability to get an operation shot without interfering with the cutters. It was the mainstay of medical and dental illustration. I daresay the successor units that crowd tubes around the barrels of modern DSLR lenses are doing much the same. 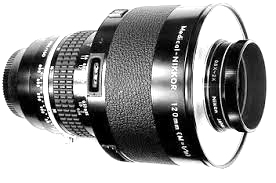 That’s actually the thing, right there. Nikon gear is what the professionals in real professions choose – they choose it for performance and build quality. They pay the price – but as the money can sometimes come from the public purse, it is good that such high quality purchases can be made. If it is chosen with care it can give decades of service.