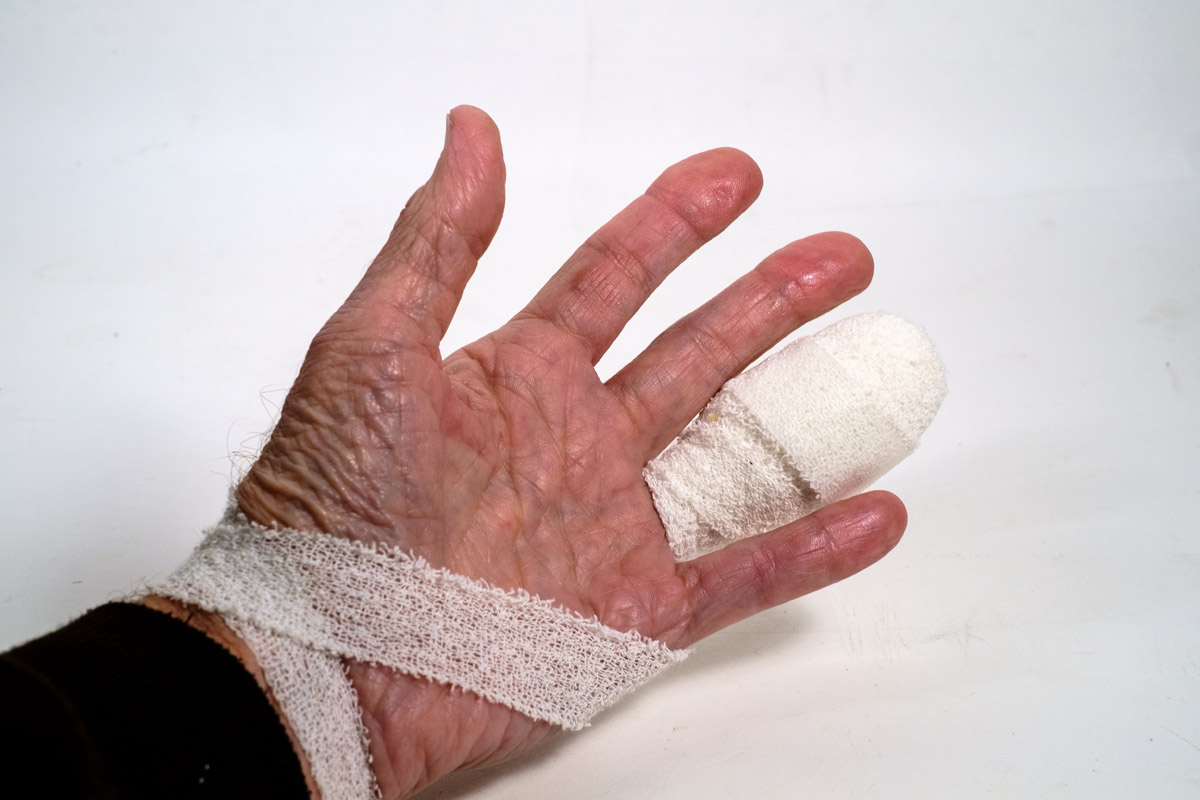 I am a little restricted this week in my typing, being reduced to the right hand and two fingers of the left one – there has been a slight accident in the Little Workshop* and it will be several weeks before the bandages come off. There may be some typographical errors in the meantime.

I shall therefore use the facilities of Science and Industry and the spare time of convalescence to answer some questions that have arisen recently. To start with – how good are the portable LED light banks that have been flooding the market? How much light do they actually put out in comparison to other sources? What is the colour temperature of it? What is the spread of the light? Are they a viable alternative to flash?

To determine the answers I have brought four different product off the shelf and tried them against a standard studio monolight and a speed light flash. The trials were done at night in the same studio environment that normally sees dancers or toy airplanes – in this case it is the slightly more scientific Macbeth Colour Checker panel and Legless Lou, the patient model.

As an aside, the Mystery Science Theatre was a show on telly that took terrible old SF and monster movies and subjected them to smart-aleck robots pulling apart the action – much in the nature of the old Hercules Returns parodies of the 80’s and 90’s. Very addictive television, and available on Netflix now.

But back to light sources – we are always being presented with new forms of illumination for our studio work – I’ve seen it go from photoflood lamps in blinding array to studio generators and strobe heads to monoblocks. Now I can see speed lights that have nearly all the attributes of the monoblocks plus monoblocks that go the other way in adding portability to higher output. Buyers who look at Profoto or Elinchrom as well as the proprietary flashes of Canon, Nikon, Sony, Fujifilm, and Olympus  can hardly go wrong for power output and reliability. Plus they get a wide range of light modifiers that spread or concentrate the results.

However, they cannot help the video person that much – and here is where the newer LED light banks have had an impact. They are available from tiny little novelties that clip into your mobile phone to massive panels requiring AC connection and offering widely adjustable colour temperature and output level. Some even incorporate remote controls – if your LED panel is up on a boom you don’t want to have to dismantle it every time you need a drop or a boost.

LED’s are the magic light for a lot of people – from the ones who make vivid pulsing road signs to the model train builder who can use them to light up his layout. They are far more reliable that the old grain-of-wheat bulb for toy trains. The fact that they run on standard DC voltages make them an attractive proposition for people in the photo business who need to power a light far from a  mains point. My only gripe about them is their use in motor cars to make glaring eye shapes around the headlamps. The modern driver does not need more encouragement to be aggressive…