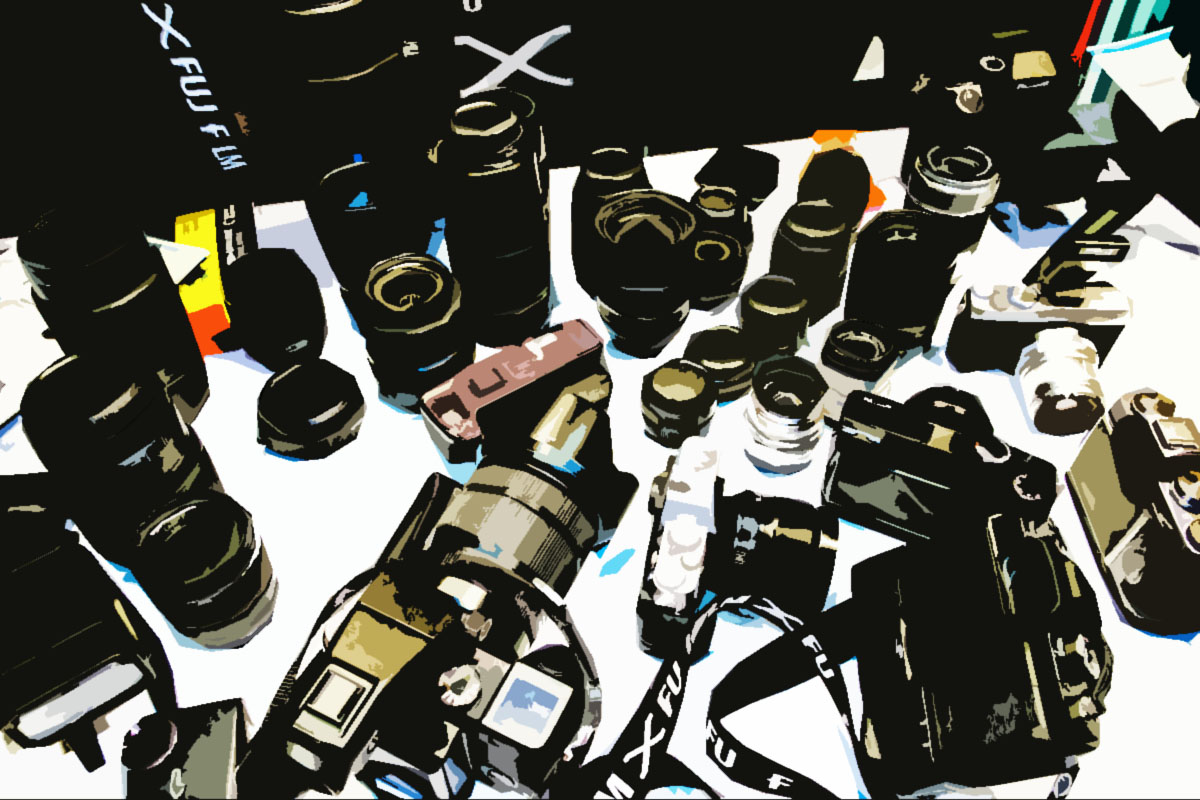 And you didn’t need a white disco suit…

There’s a lot of important stuff in a photographic trade fair – signs, booths, tables, stock, promotional literature, the coffee machine, and the technical backing of the internet. Good news…the wholsales and organisational exhibitors were spot-on with their presentation, the hotel had all the infrastructure needed, and the coffee machine worked. The internet…

Okay, eventually it worked. Those of you who have had to turn their computer off and then on again to read this column know exactly what I mean. I find plugging and unplugging the wires helps sometimes. Screaming is good, too.

a. The ECU kids with the drone in the cage. I offered them $ 10 if they would let it out and use it to buzz the CE sales desk. No dice. They were regrettably law-abiding. I miss the days when you could bribe students to cause trouble for ten bucks. 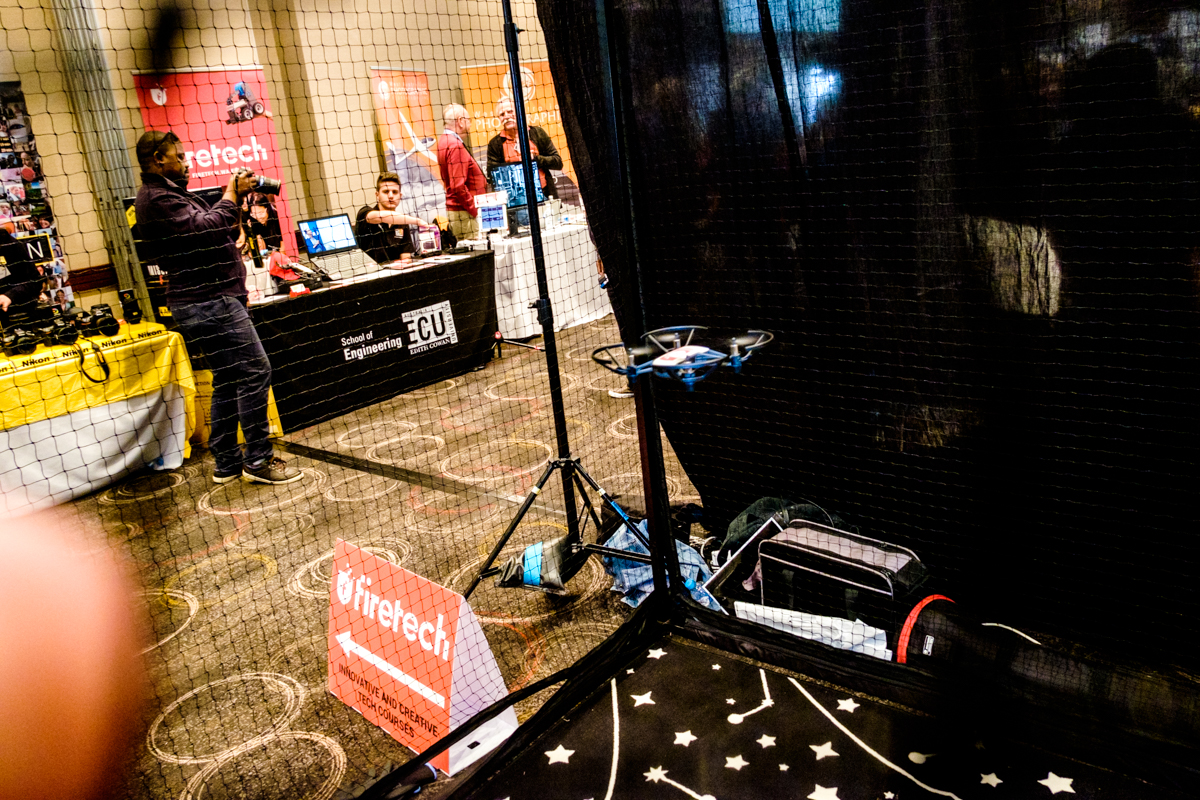 b. The Protog light corner. If ever you thought that LED lighting was dim, these chaps can disprove that. The big ball was like looking at an open window, and I was seriously tempted by the little LED panels on the front light stands. 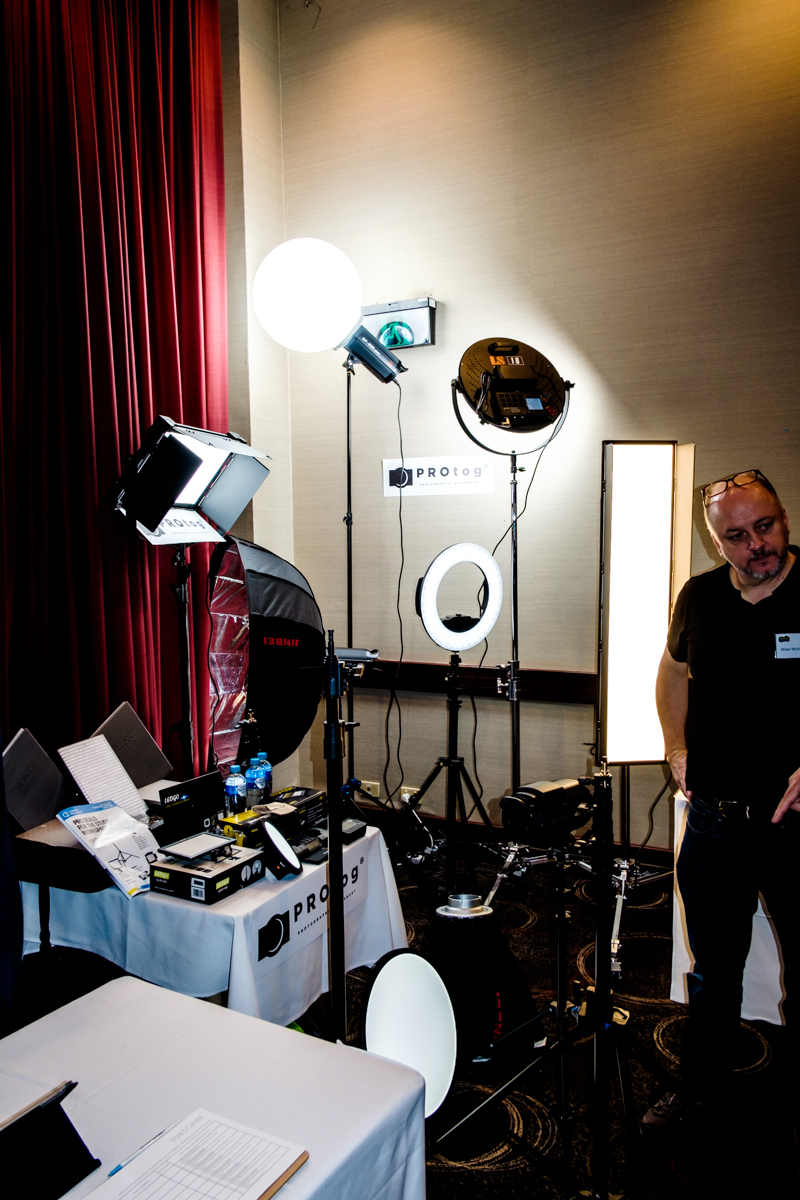 c. The free apples that Howard handed out. Also the new Profoto portable studio light that Julie Kerbal was using to record the day. She shot the whole deal on one battery recharge and the shots she had on-camera looked perfect. Roll on the day when they make one for my cameras… 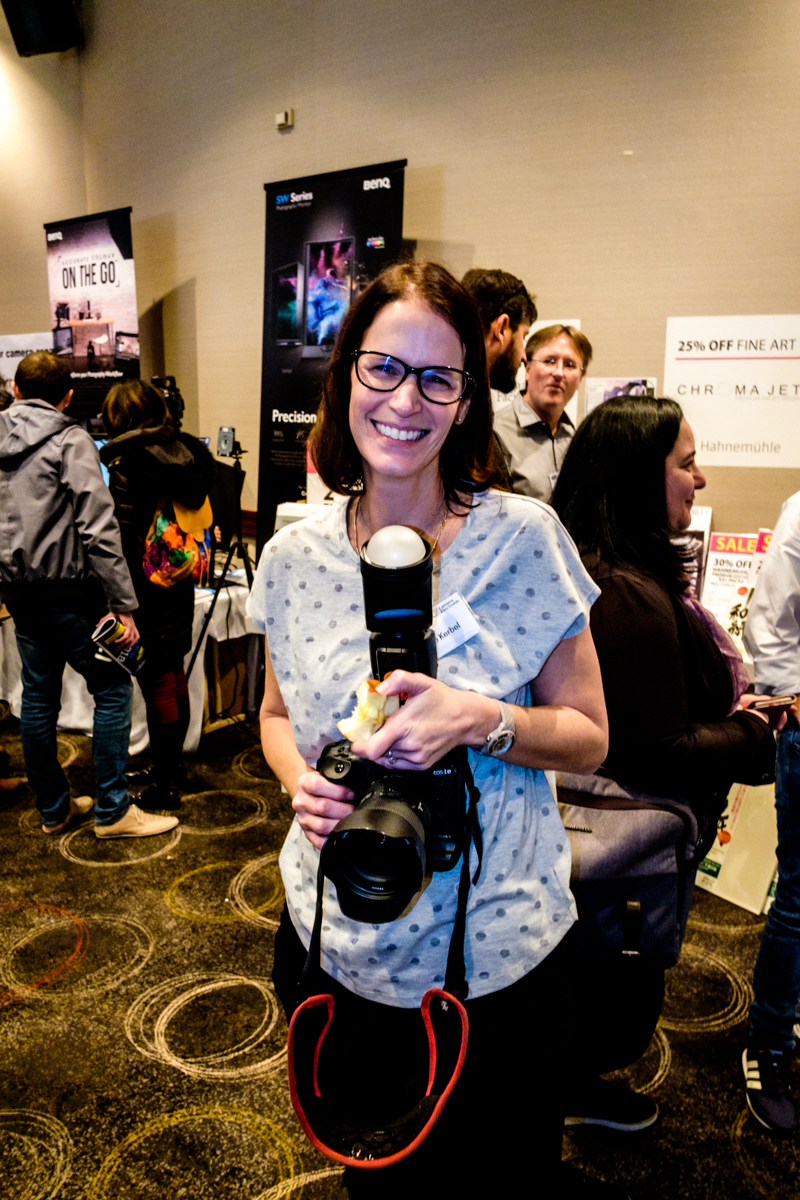 d. Can you tell where these folks work? Oh the power and pleasure of having top-flight printing machines and media and staff who know how to get the best out of them. That’s why we keep sending people up to Fitzgerald Street and that’s why we get them to do the critical-to-success printing for us. Every city needs a top printer and processor – we have one in Fitzgerald Photo labs.. 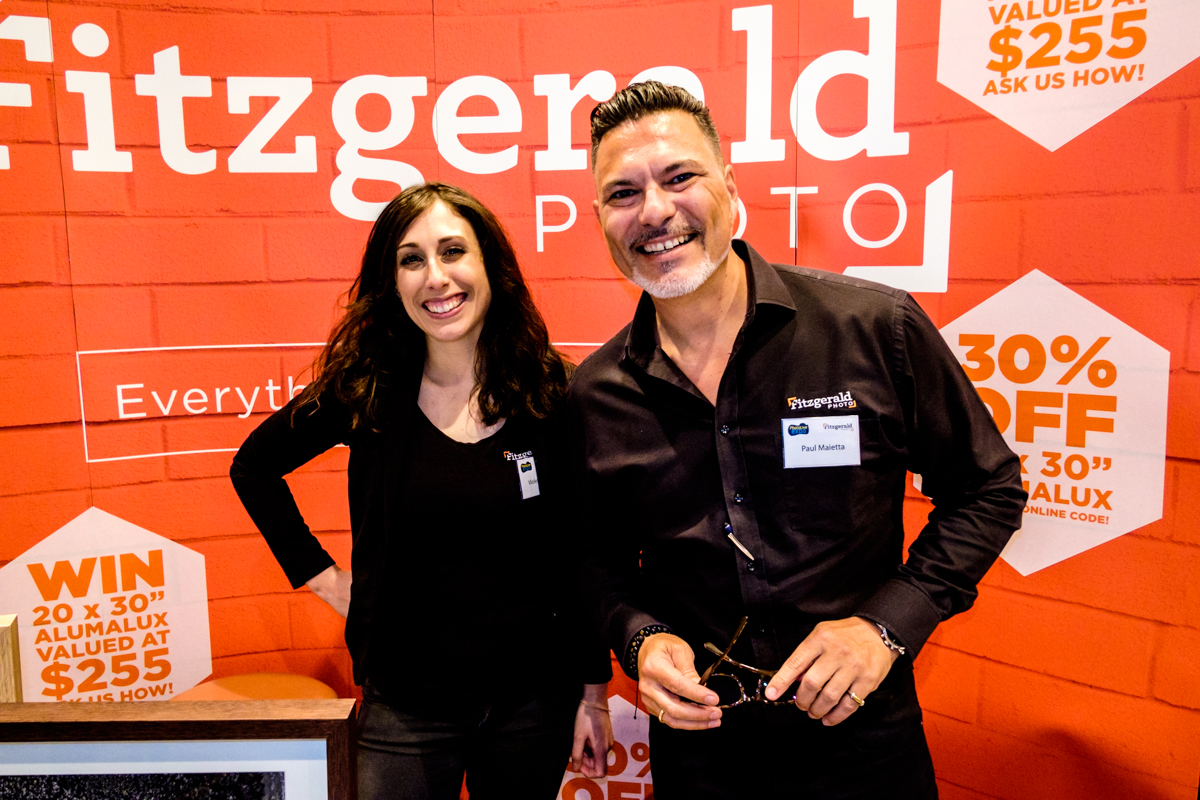 e. Mirror-less Alley. They might be business competitors but they don’t break out into fist fights about it. Both Fujifilm and Panasonic tables were full-bore all day long. 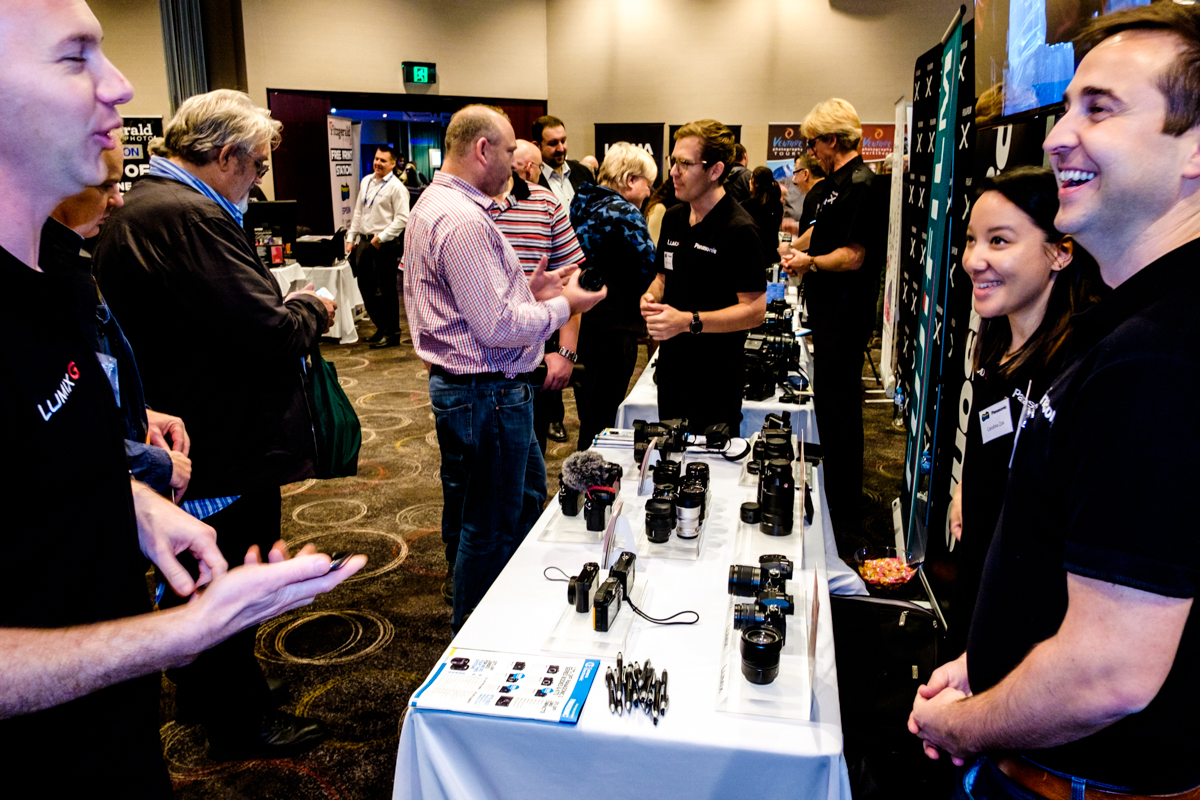 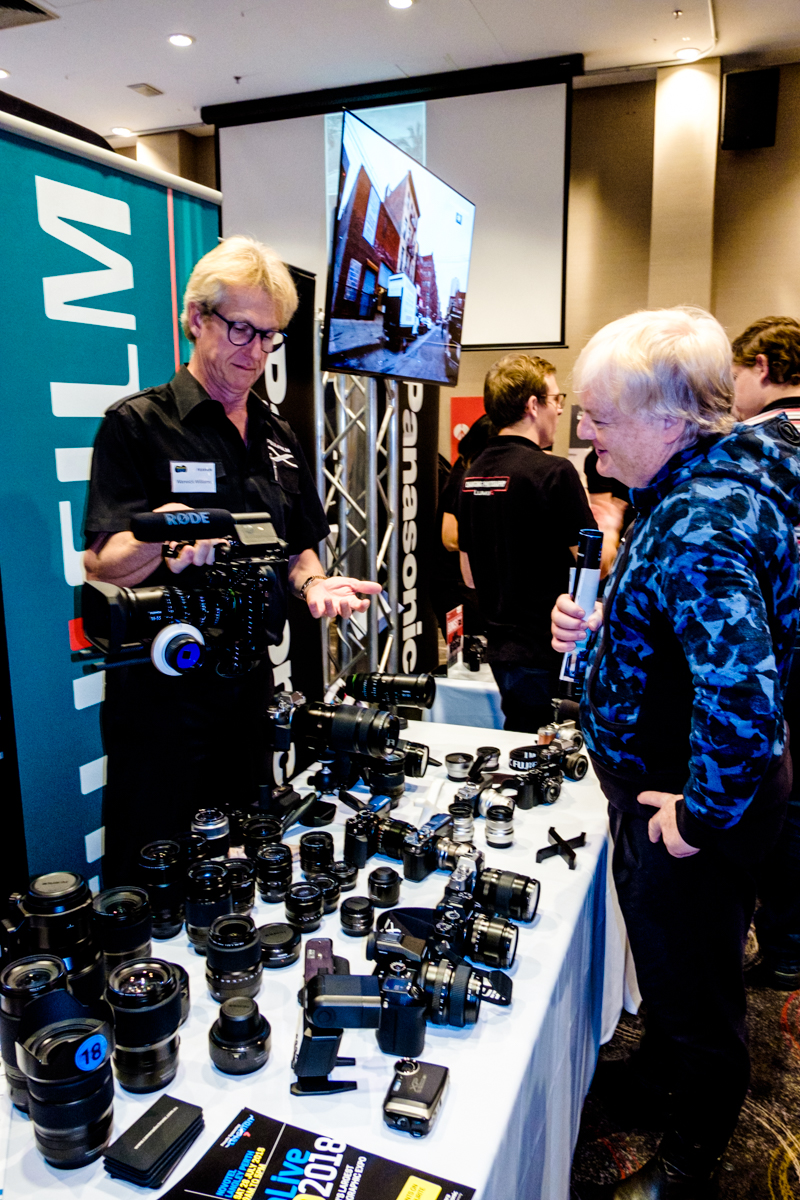 f. Leica are always cool with their presentations – with their expertise and perceived value of brand, they can afford to be. 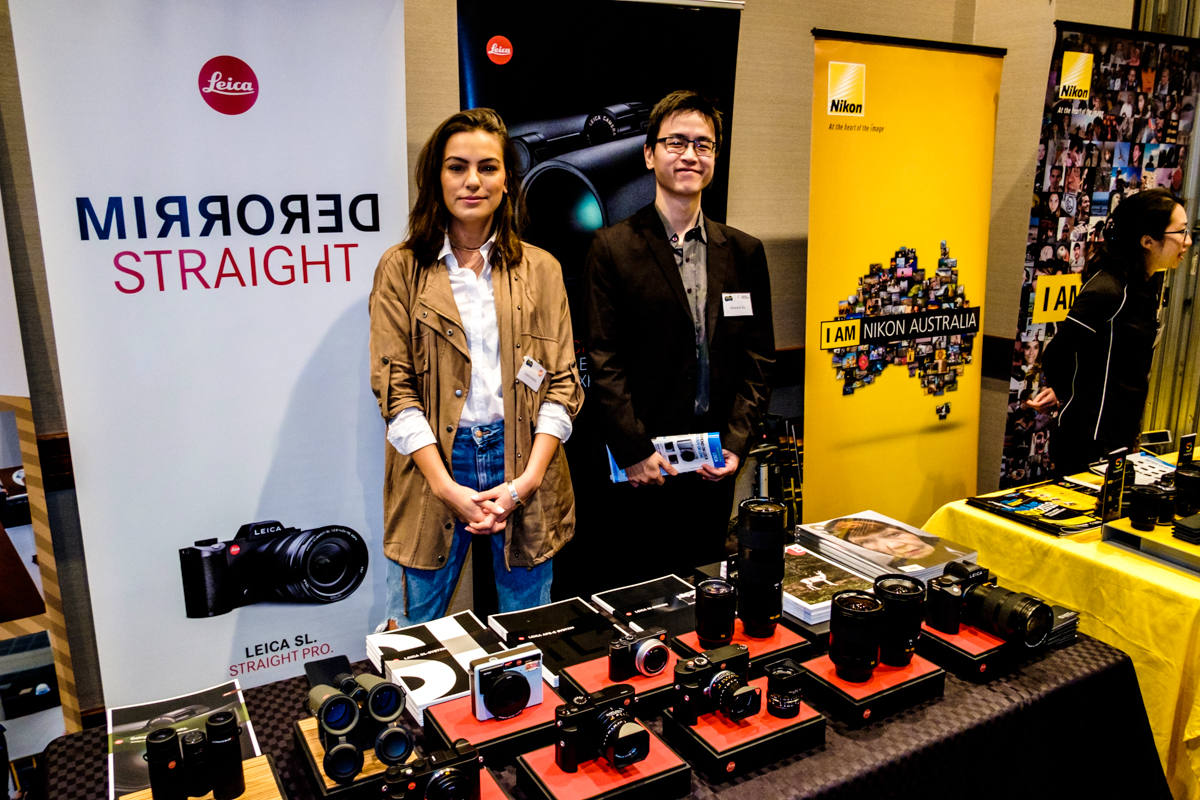 g. The line to the tills. This is the part you see – the invisible scene is behind the screen where the IT department staff are taking turns hitting the computer with a ballpeen hammer. Up at the book stall I used a spare pocket to hold the money and a pen and paper to write down the sales. I discreetly did not mention this to the rest of the staff because even after the internet fired up, they still had that hammer. 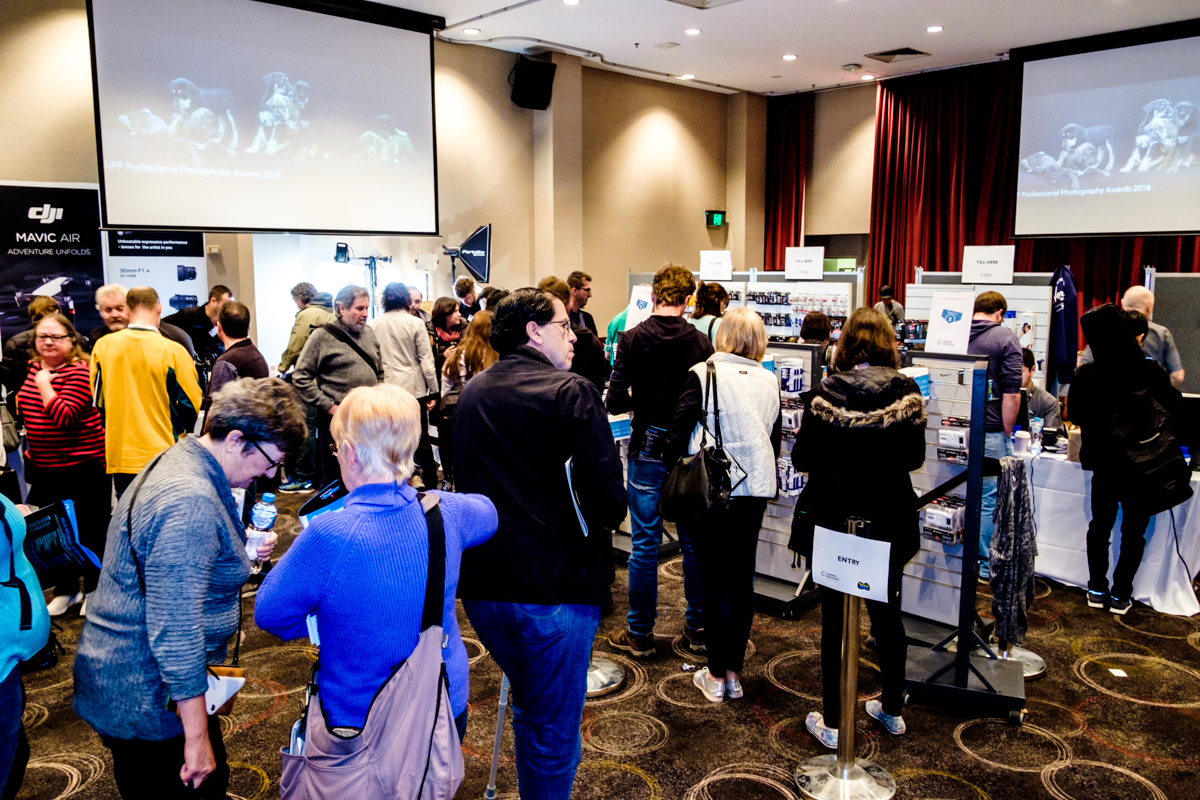 h. Some of the rest of the staff. They were smiling because it was nearly over. 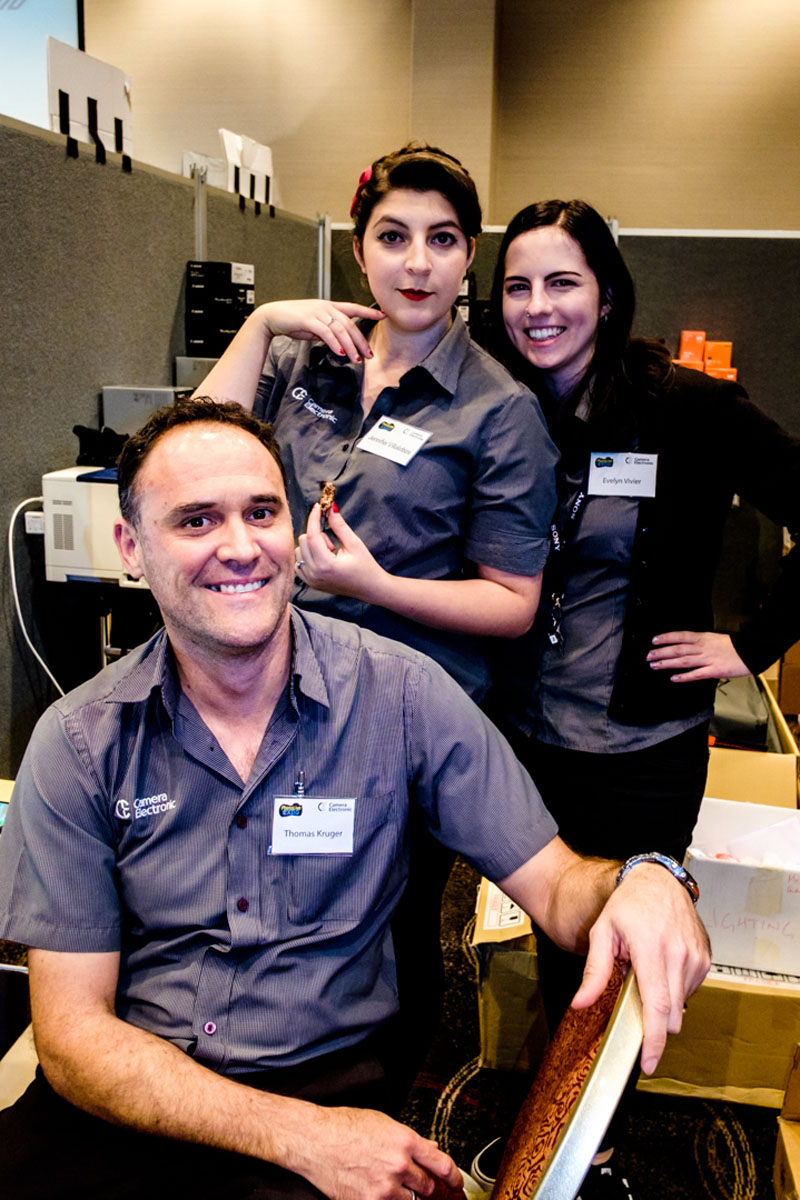 Well, I had a good time.  saw many of the people who are reading this now and I used the opportunity to ask them what particular subjects they would like to see more of in the coming year here in the column. There were a number of repeated calls – which I’ll heed – and several oddities. These I’ll also heed, but I have got to do some research myself.

That’s the great thing about asking people to tell you the truth – for the most part they do – particularly when you are discussing their hobbies and interests.