The Legacy Of the Video Game – Manfrotto Joystick 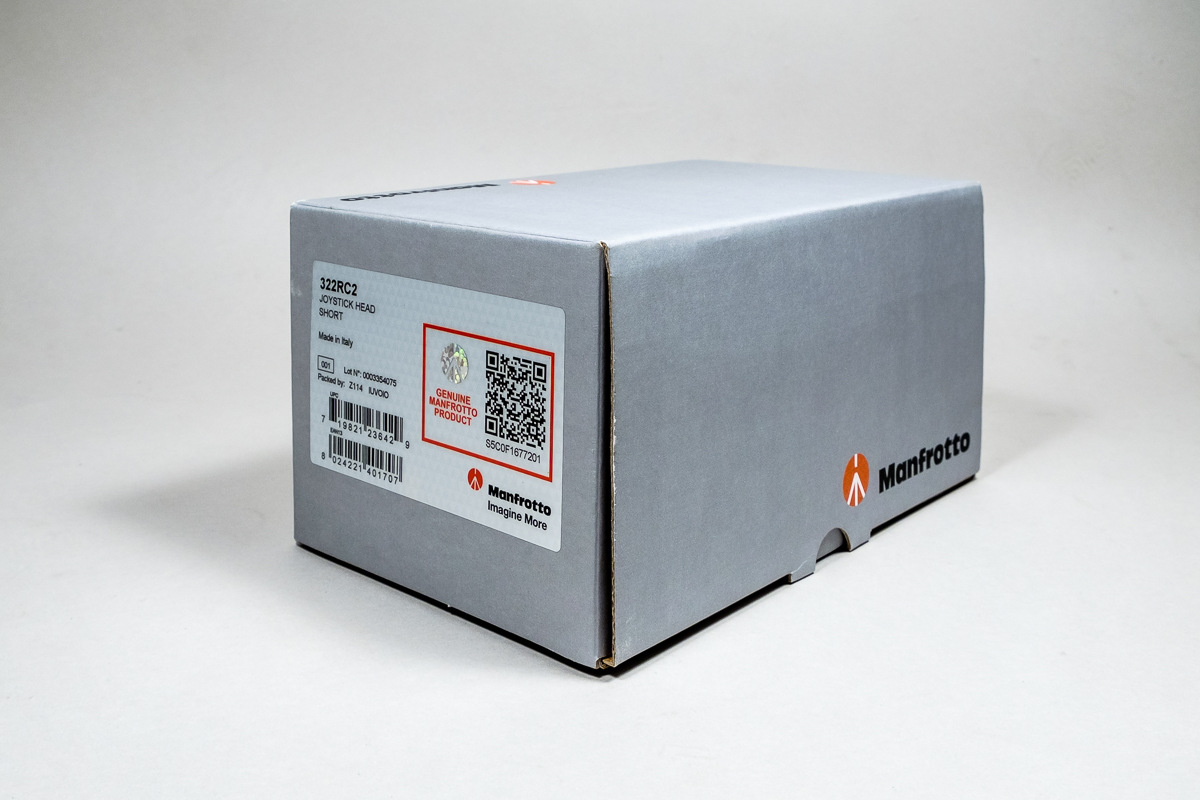 23 Apr The Legacy Of the Video Game – Manfrotto Joystick

We sold Manfrotto joystick heads – both the 322 lay-down and the 222 upright – for as long as I worked behind the counter and it looks as though there is still a call for them – fresh stock in the storeroom.

I was always interested to see who bought them, and to ask why they chose the design. Some of the answers were surprising.

Many wanted them for action shooting – thinking to follow some moving object and then freeze the head at the moment of release. I could never actually see this working – I always envisaged someone tracking a bird or animal with a pan and tilt head or a gimbal and then shooting on the move as they were able to lock on the track. But perhaps some subjects move, then freeze briefly and this is the interval when the joystick head locks.

I was a little more convinced when I met someone who did not have the chance to use two hands to position the camera. The fact that the 322 joystick can be configured to a right, left, or centre orientation meant that someone could at least lock and unlock it no matter what hand movement they had. If it was equipped with a shutter release it would be all that much better…perhaps people can modify it to do this somehow. Now that most cameras are electrically released it should be a bit easier. 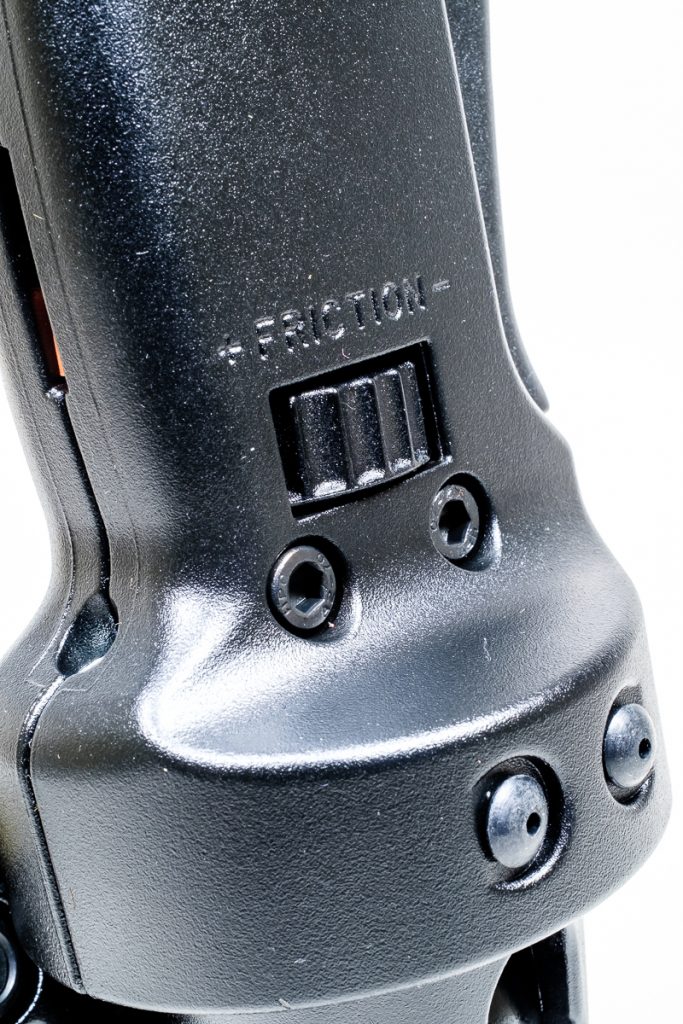 At least Manfrotto were sensible in the construction of the grip – realising that not everyone is Sandow the Strongman – they have a friction adjuster on the side of the handle to modify the tightness of the ball when you pull in the handle.  You’ll still need a fair grip to get it released but once in you can swivel it with ease.

Funnily enough, I’d see more of a use for these with lighting kits – particularly the LED panels. You tend to watch the subject as you move strobes and lights to see what effect you are having and cannot concnetrate as much on the pivoting mechanisms and locks of the average heads. 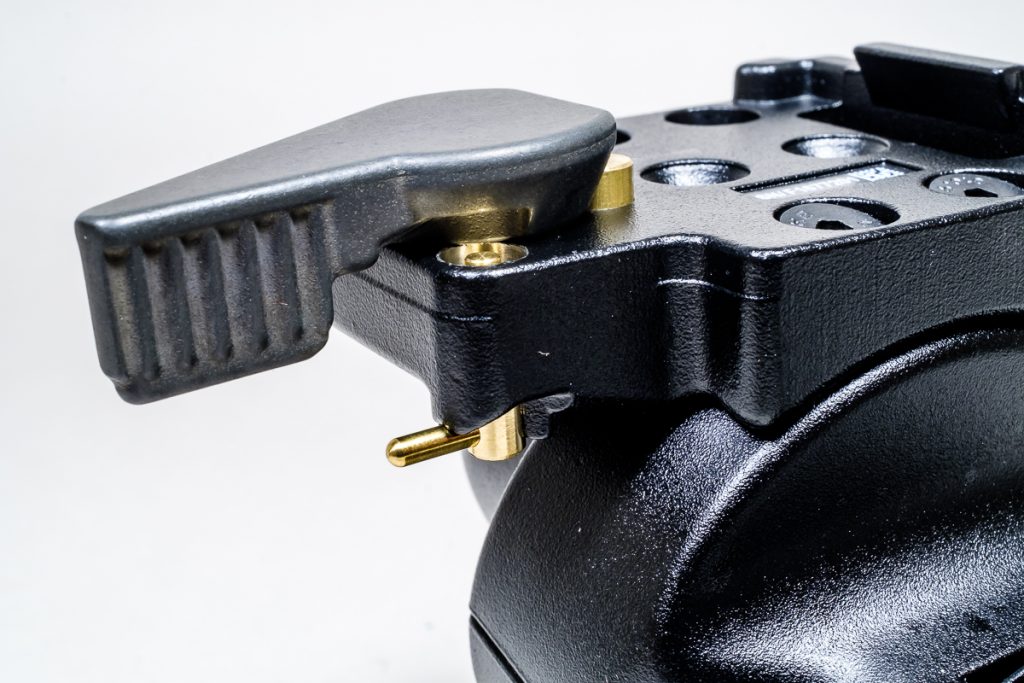 A final note of praise – you can call Manfrotto mechanistic all you want – look at the complex little mechanism they had for a double lock on the quick-release plate: twist and drop a brass cylinder to gain access to the quick release lever. It’s actually quite elegant and as it definitely requires you to do two separate actions in two separate directions, you cannot get blasé about it.