The Know-It-All Guide To Studio Heads 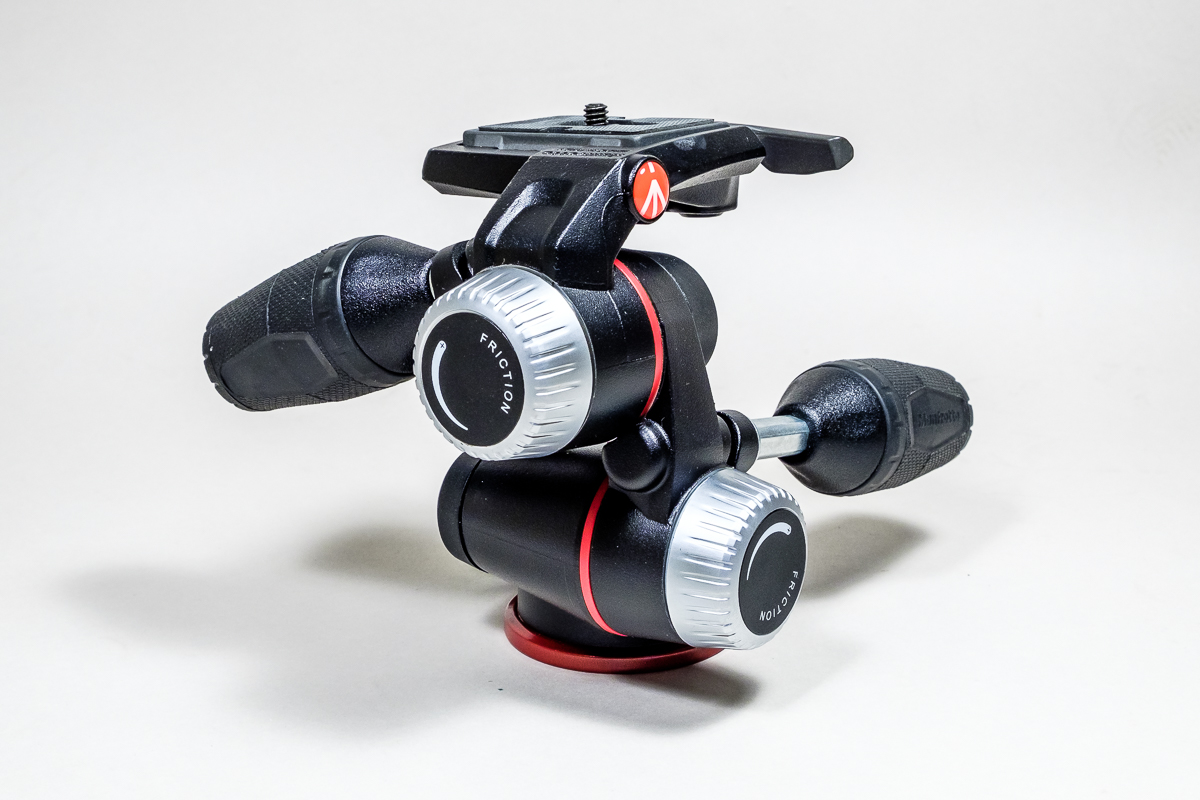 Okay, I confess – that was a sensationalist headline. Designed to make you bristle up and read with fury. The truth is I only know what I find on the storeroom shelves…but occasionally I do find good things.

The standard studio head is either going to be a ball and socket affair or a three-way head – very few other oddities have captured the working market. Both of these categories of goods are produced by the Italian Manfrotto company and have been a mainstay of the market here in Perth for decades. They are such a standard of the trade that they feature one of the two really universal quick release plate styles – sharing that honour with the Arca-Swiss design. The plates of both these firms have been copied relentlessly by other makers in recognition of their value. 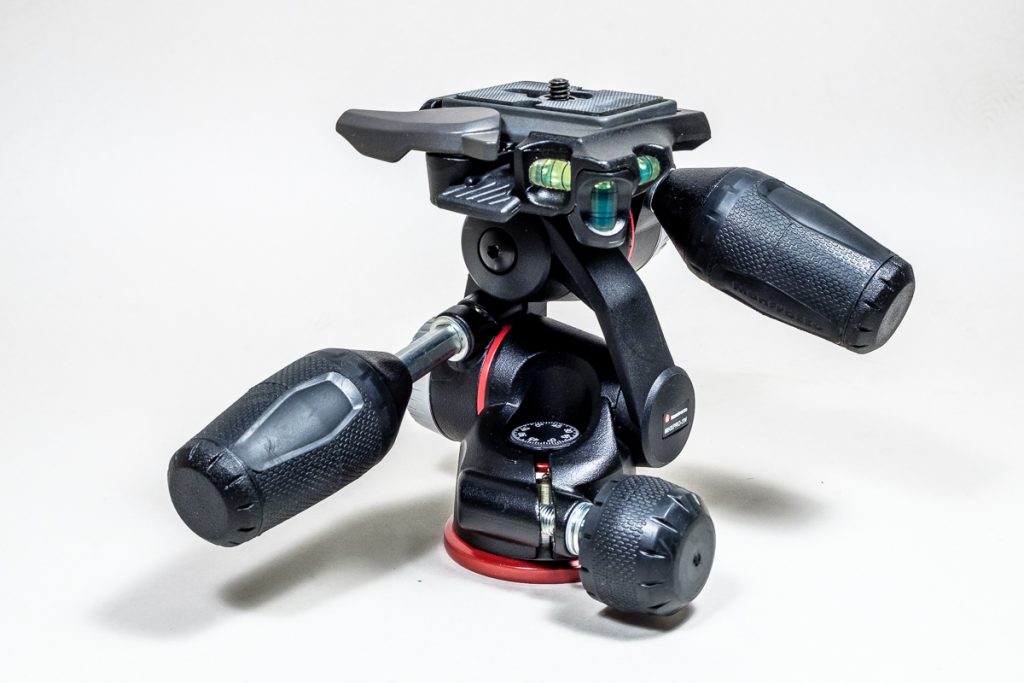 The three-way head today is the MHXPRO-3W. The name is code for what it does but you’ll find it bundled with tripods as well as on its own as a separate product. It goes without saying that it can be combined with a variety of tripod leg systems – as long as the frog of the tripod terminates in a 3/8 ” threaded stud. 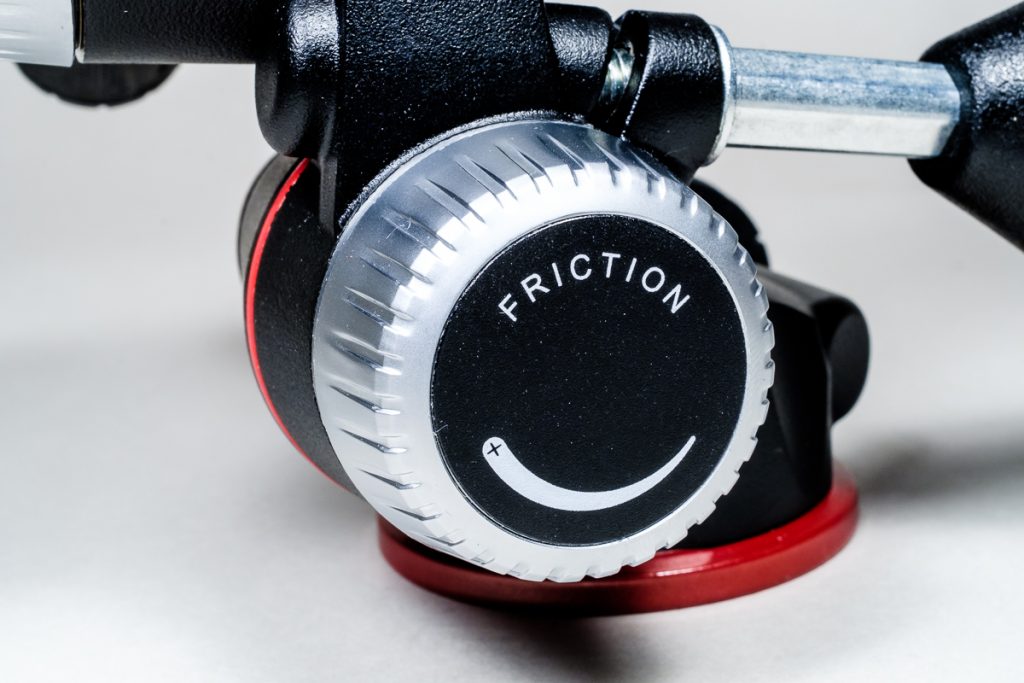 It is very solidly cast and will hold a considerable weight of equipment  – the quoted figure is 8Kg. You get all three axes of movement and the amazing thing is that the levers for two of those axes are also moderated by friction wheels. You can dial the amount of resistance you need to counteract the weight of the equipment as you tilt it down out of balance. Those photographers who have ever tried to cant over a large monorail or field camera will know the trepidation as it comes off the centreline – these friction controls are your steady hands. 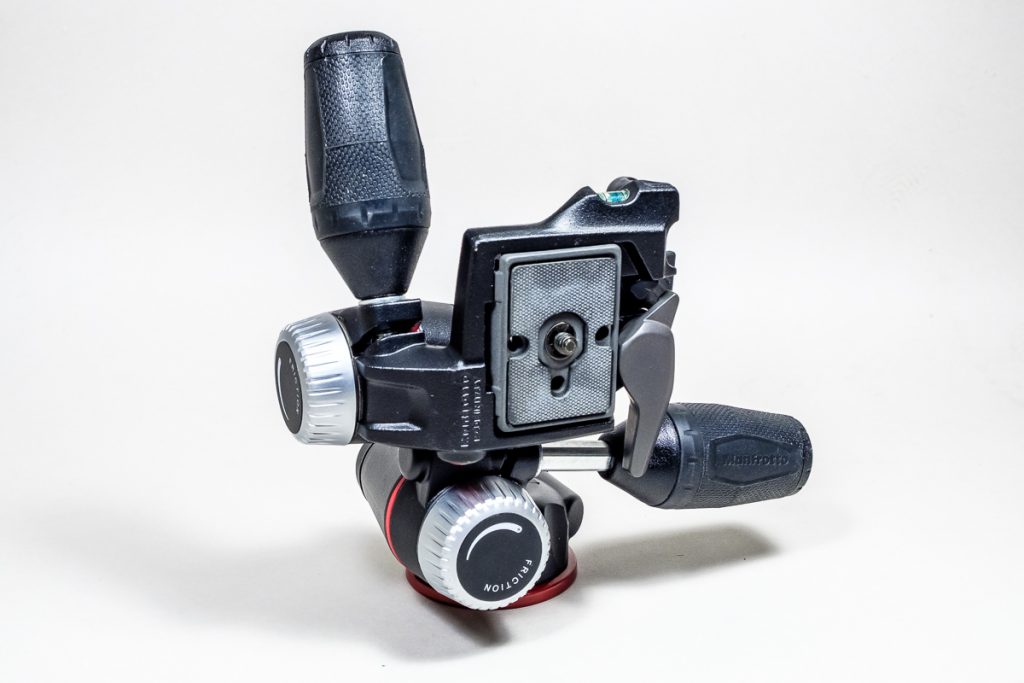 Note that the same two locking levers have retractable handles to make the thing smaller in the pack bag. 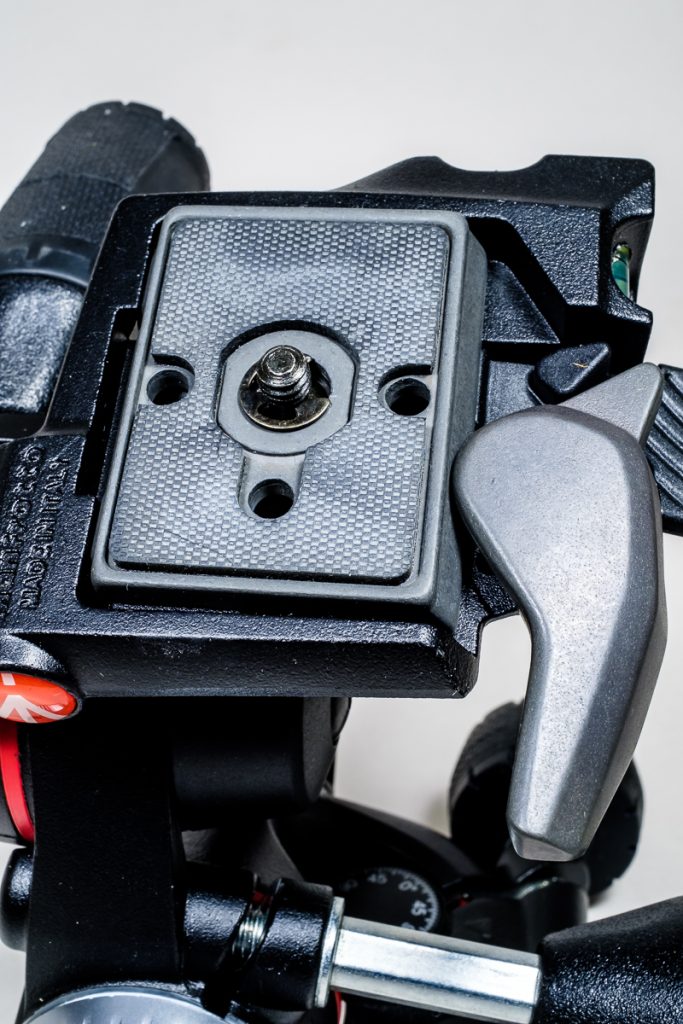 The top plate has a three-way bubble level reference point at one corner of the plate holder – and the plate itself is under the control of an emergency lock  – you have to release it before you can pluck it off the holder. Manfrotto cannot ensure you entirely against yourself, but they go as far as they can. 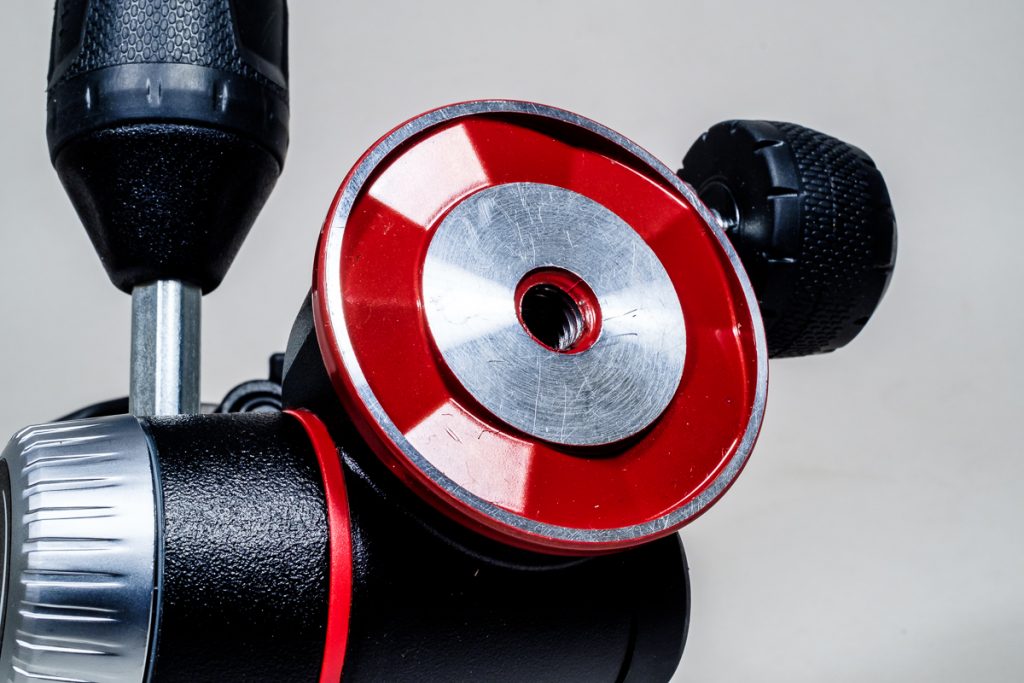 Think the underside of the head is just styling? Think again. The Manfrotto centre columns feature a grub screw locking mechanism that wedges up into the red portion of the turntable – those facets are to provide a place for it to grip against to prevent the whole from unscrewing itself.

It’s not light, but it might be all the head you ever need to get.