The Expensive End Of Town Has Good Lights 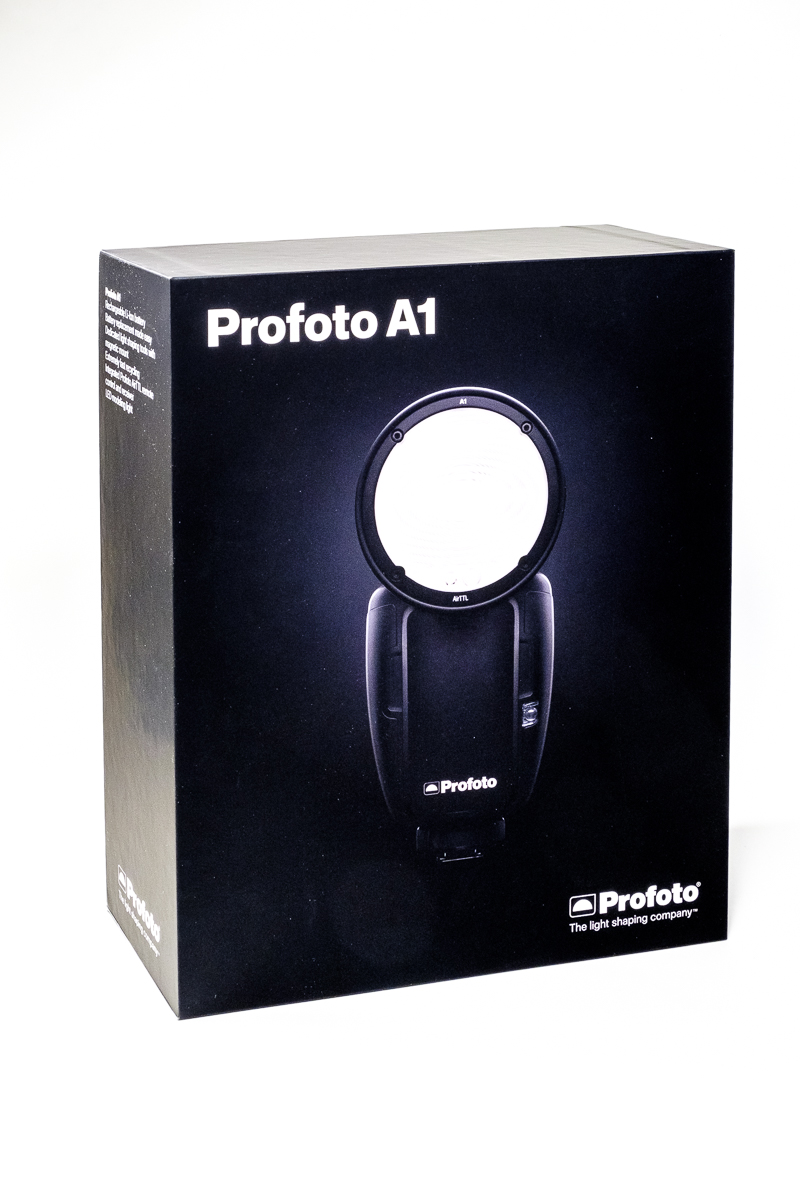 04 Apr The Expensive End Of Town Has Good Lights

I love photo lights. From the simplest wind-up pocket flashlight to the most expensive studio power pack and heads, I think they are just great. Because I have a simple philosophy when it comes to images – things look better if you can actually see what they are. Those of you who deal in mystery, darkness, underexposure, and lack of focus are welcome to it – I want light on the subject.

So I use monolight strobes in the studio and speedlights in the field. Elinchrom and Fujifilm respectively.

The former are perfect as they are fed from the mains power and recycle almost instantly. They have massive power and any number of light modifier reflectors and softboxes. They are fully adjustable by simple means – slider controls in the back of the heads and simply moving them back and forth on their studio stands. There are modelling lights to suggest what the actual flash is going to do. ( Though like all suggestions they are open to suspicion…)

The latter are quickly portable, independent of the mains, fit on the camera for some shoots, and are TTL in some instances. But some of them have no modelling lights and all of them are powered by AA batteries – and these can be the stone on which the wagon breaks – batteries run hot, run slow, and run out. They cost actual money, and Murphy’s Law says that the pack you depend upon runs flat halfway in the middle of the shoot. 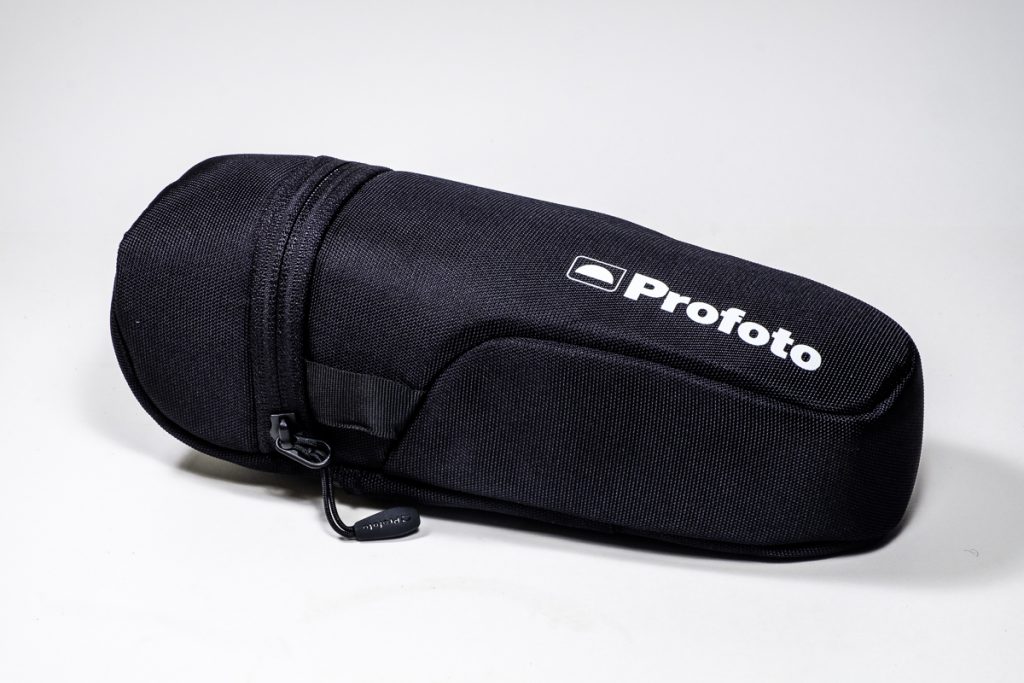 Wouldn’t it be nice if I could have a speedlight that had a better battery…gee, you’d think that with all the lithium-ion batteries that they put in cameras, they’d put one in a flash… 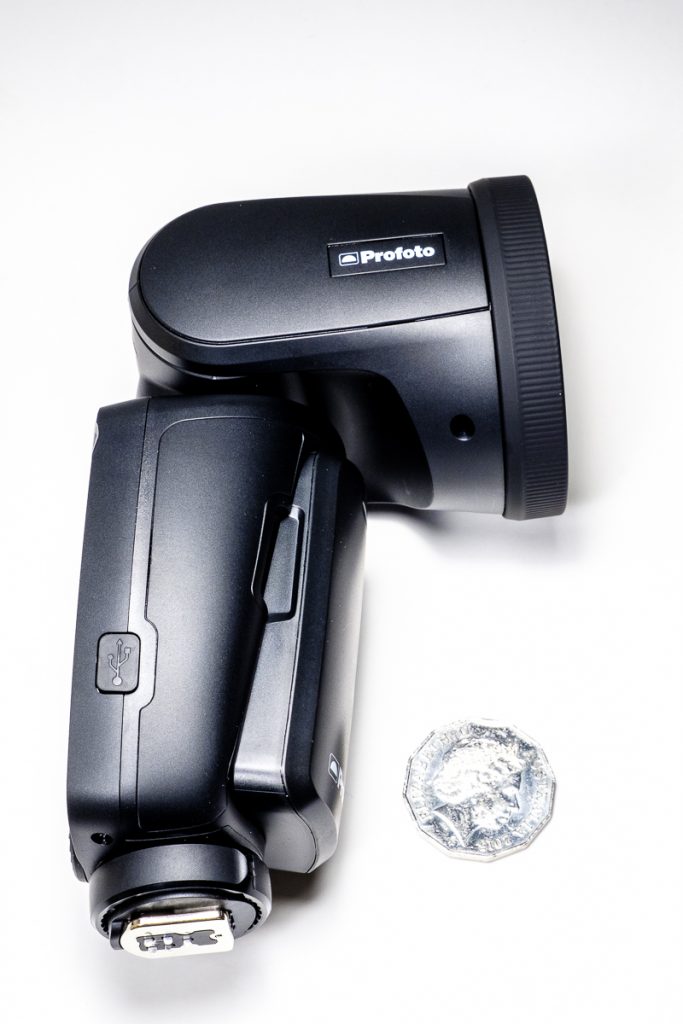 Okay, that’s the preamble to the Profoto A1 – a TTL remote control speedlight with what might very well be the lot – high power, portability, modelling light, light modifiers, and a detachable lithium-ion battery. It’s available with Canon or Nikon fitting on the hot-shoe foot and the ability to be driven by the appropriate Profoto Air controller. 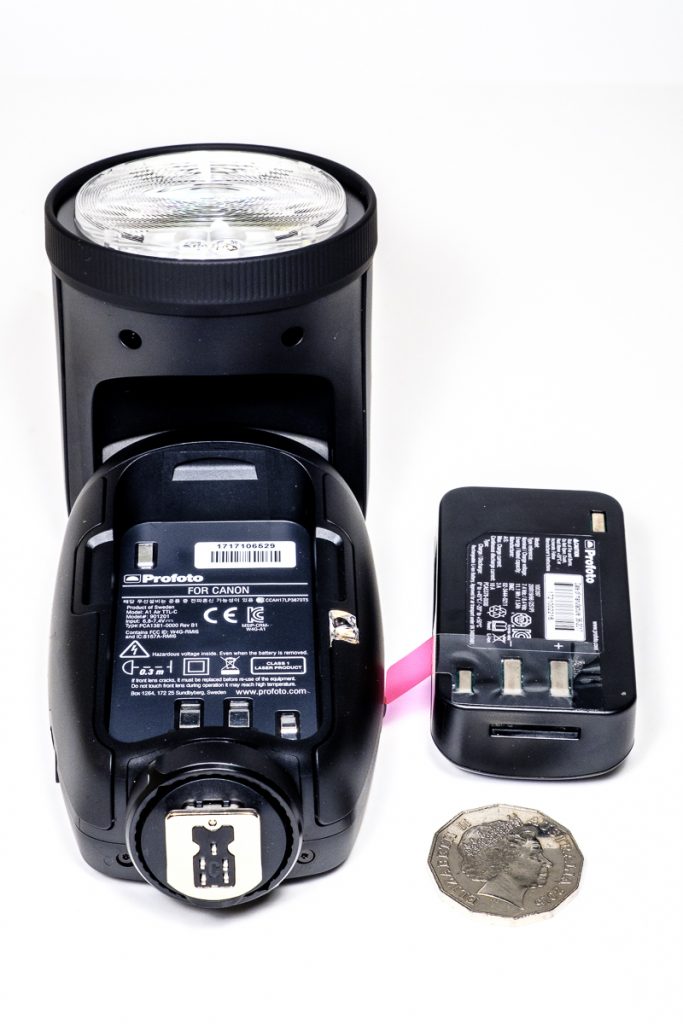 The battery charges from a standard sort of charger – figure of eight power cord, mains plug, and dedicated block. I watched it feed power from flat to full in about an hour and a half. It button-clips on the front of the unit so there is no diving through some little flap door to change it. It also is out there in the cold air in case it has to discharge fast. All good. 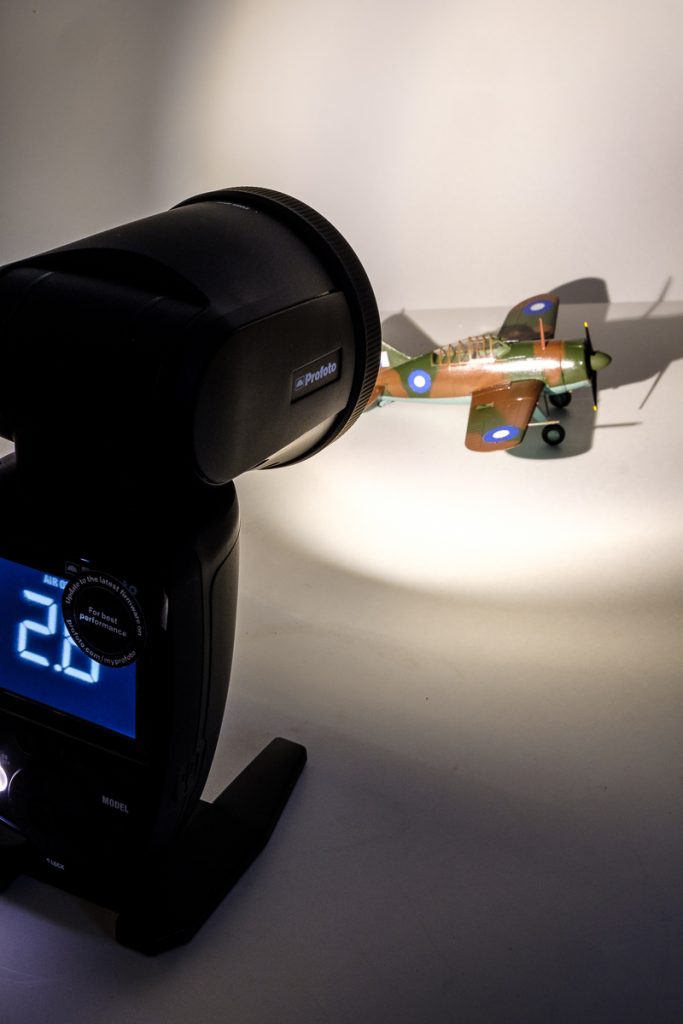 The report panel on the back has the biggest numbers you’ve ever seen to allow to to guage the level you’re dialling in. The output is wild – 76 W/S. Stable poutput each time. Readily switchable between the various modes and simple ergonomic – no sitting there and trying to figure out which darned button to press. 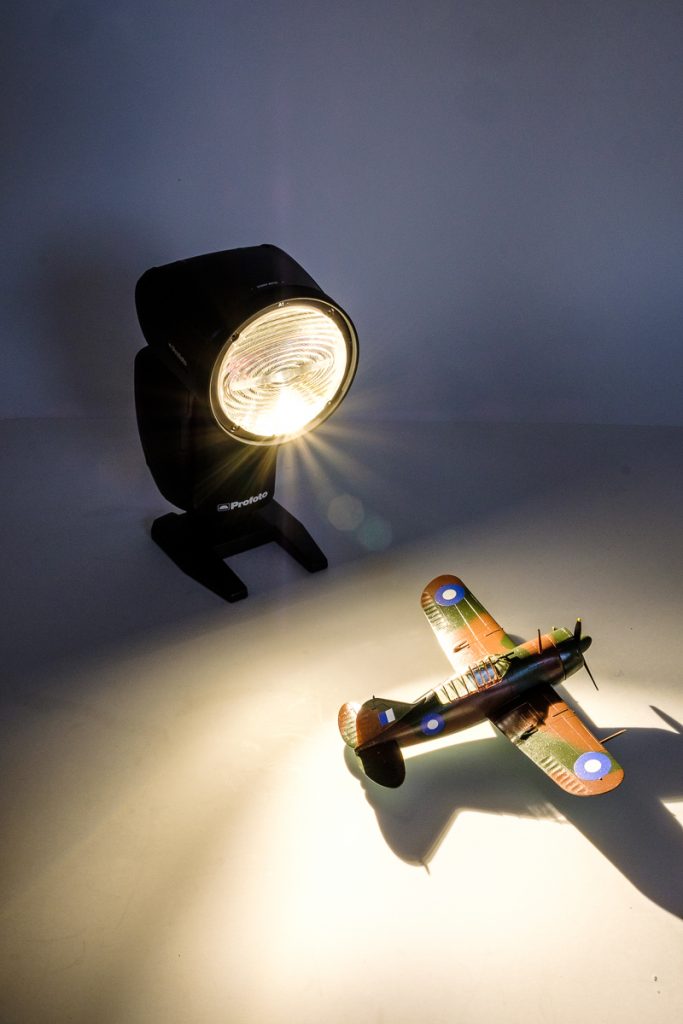 The LED modelling light is also controllable with the output choice – just like the big studio flashes. 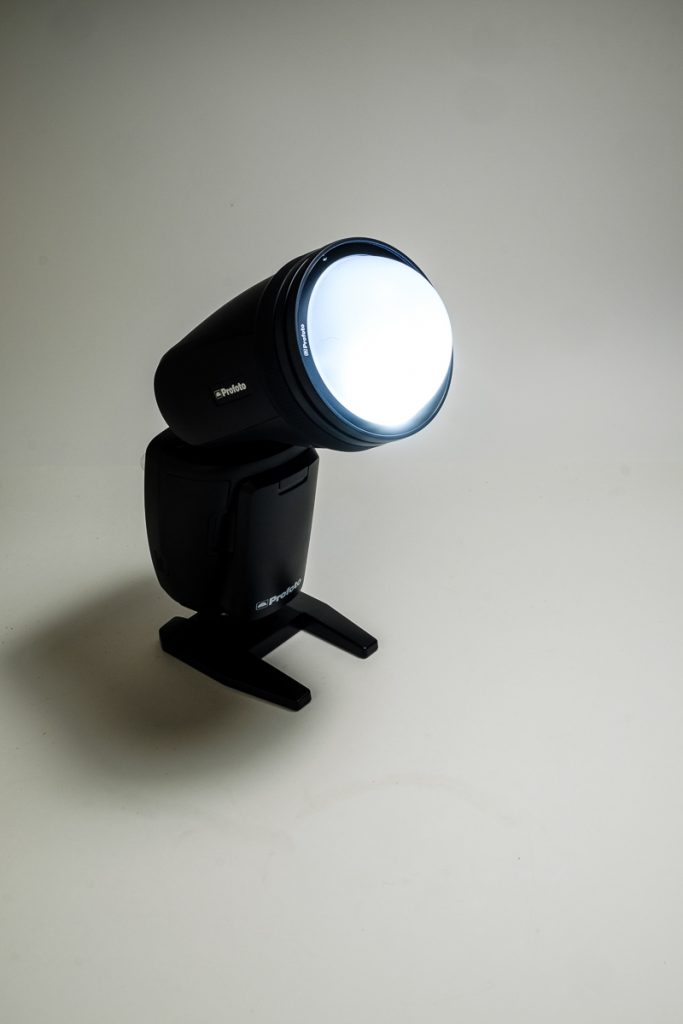 The flash as shipped has a semicircular dome diffuser supplied in the top of the case. It’s a magnetic attachment. there are other goodies in the box –  a flash card and an adapter for other Profoto modifiers. 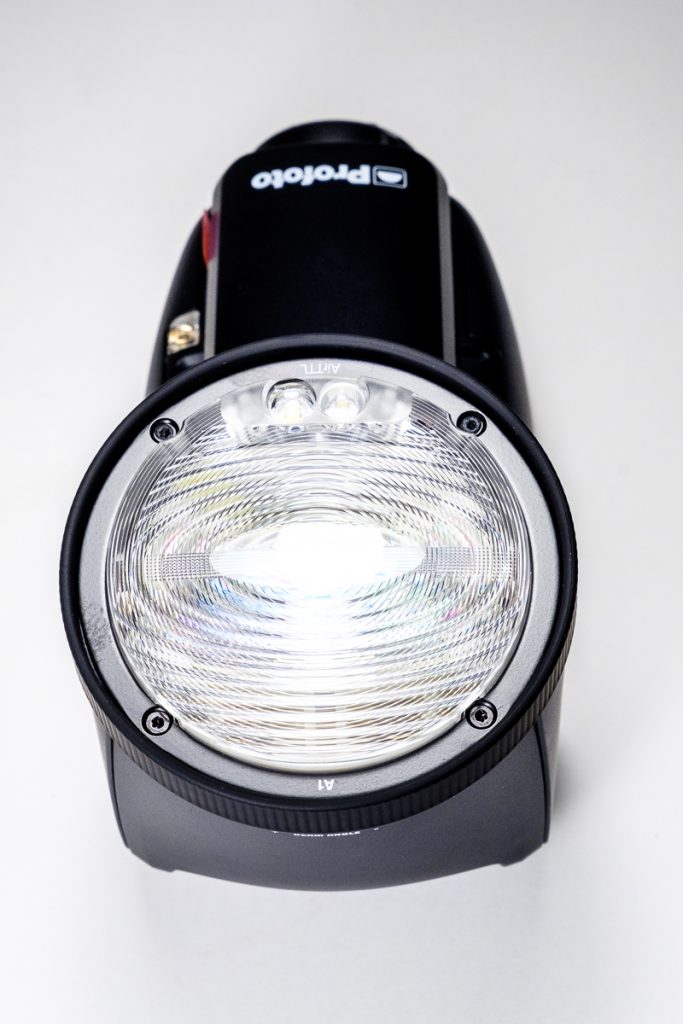 My only gripe is that currently it is not entirely dedicated to the camera system I use – Fujifilm. That is said to be comi  ng sometime later this year. Apparently I could still fire it remotely on manual if I used the Profoto Air Remote on the camera. It’s frustrating not to be able to give it a full test drive on the studio equipment…but that’s the state of play. My next Lotto win might give me a Canon or Nikon body to play with…