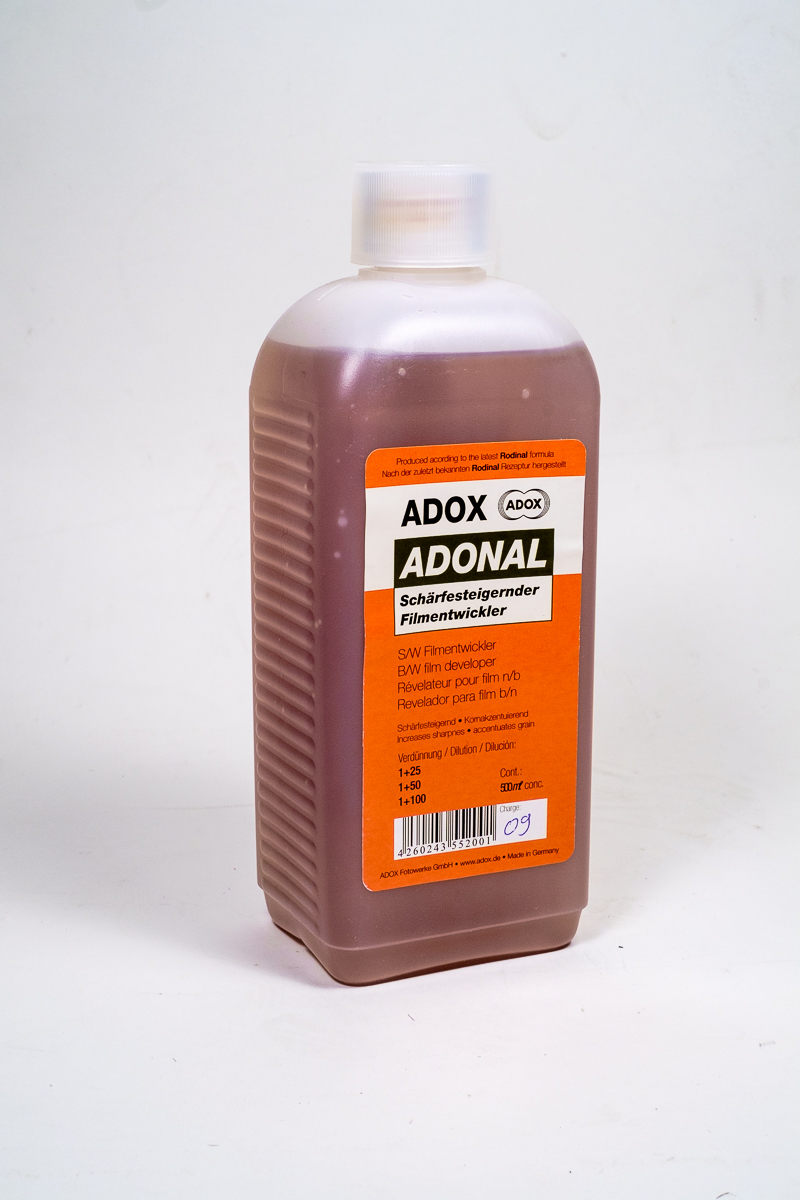 Not the actual bottle, mind. That’s new plastic. The label is new. Even the maker is newish – ADOX rather than Agfa. But the stuff inside has a history going back to the 19th century.

It’s a re-issue of Rodinal – a  viscous straw-coloured fluid based on 4-aminophenol that was first patented in 1891. It’s undergone a number of business sales to eventully end up in the ADOX stable but the basic stuff is the same.

This is not a fine-grain developer. It’ll make the silver grains big and sharp and you need to choose your film accordingly. Also choose your format – I used it with glee on 4 x 5 sheet films. The negatives are very sharp indeed. Apparently some photographers are said to treat them post-development in an effort to tone down this acutance. Seems odd in an age that values megapixellage.

The dilutions you use it in are remarkably small; 1:25, 1;50 or 1;100 are the common mixtures. It can be used readily for stand developing. 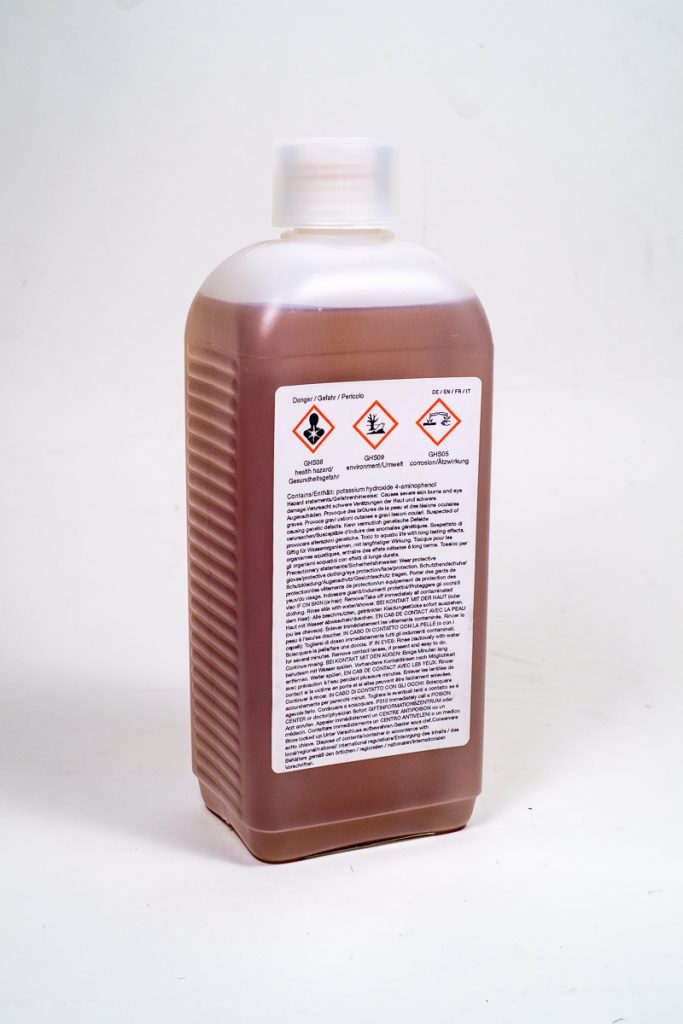 And it lasts. Oh Dear, does it last. There are records of 30-year old bottles of the stuff still working as per specification. I had one bottle that went for over a decade. You didn’t need to wonder if it was still good because it was never bad. The most value-for-money chemical in the darkroom – with the possible exception of the bottle of Spotone that would have lasted until 2300AD. I sold it with the last of my darkroom gear and someone in Perth owns it, and it will outlive them…

I should have offered it to Mr Richards in the spirit of scientific curiosity. To see which one wins…