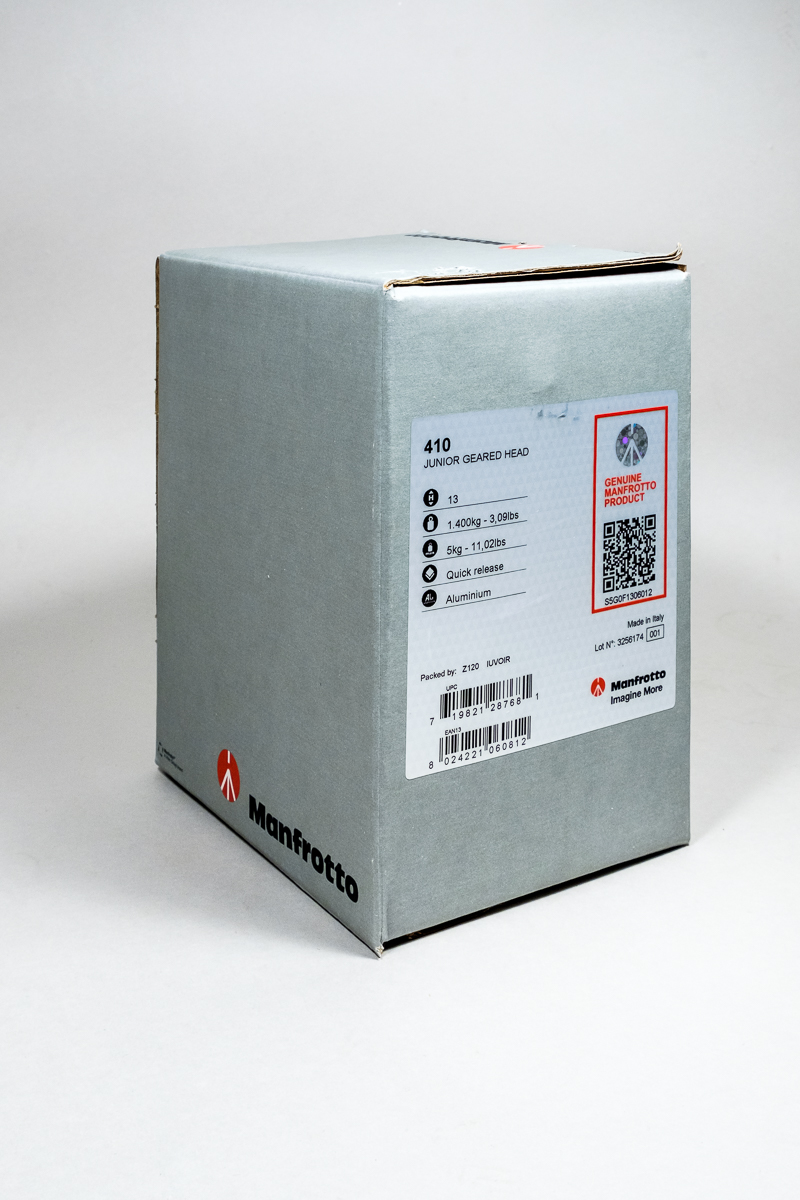 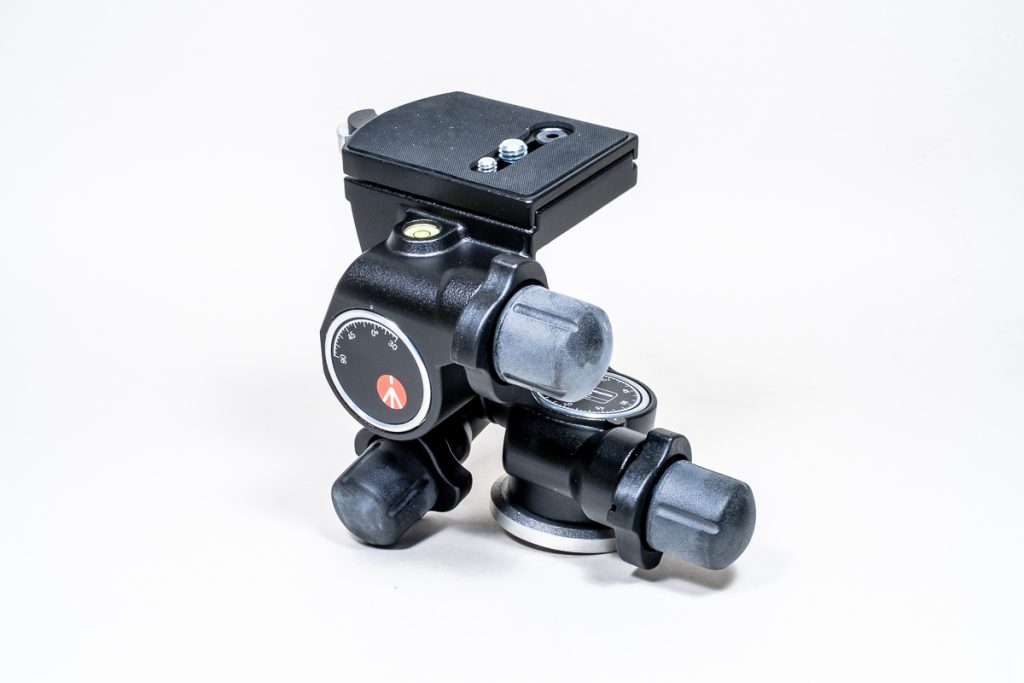 I was a little taken aback when I saw the label for the Manfrotto 410* – it says ” Junior Geared Head “. But it is actually quite large. I would say that this device would be capable of managing nearly all modern cameras. Certainly the specifications say it’ll hold 5 Kg.

But 5 Kg of what? What photographic equipment needs a geared tripod head – and when should you employ it?

Well, the first thought that came to mind was the Little Studio studio stand – normally sporting a large Gitzo pan and tilt head, it was perfect for this one as well. the gearing is quite slow and means that you are not fighting to tap the camera assembly into a horizontal position – you can just wind it slowly into registry. Thank goodness the Fujifilm cameras all seem to have a green artificial horizon line that comes on as this happens. 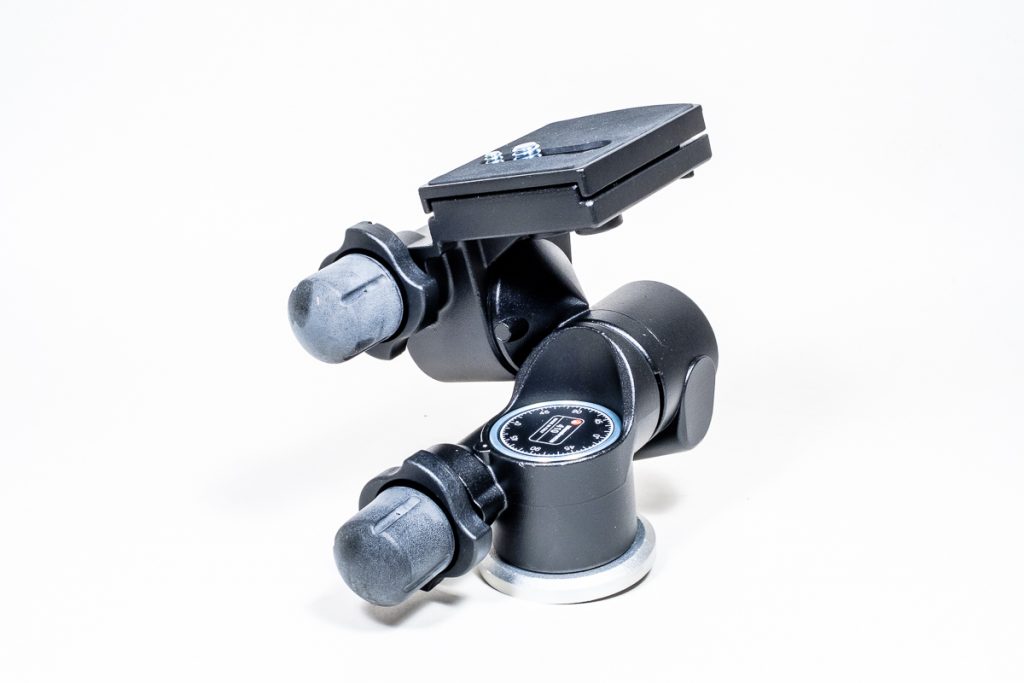 If you need to get close enough quickly the larger flanges seen on the control wheels are release mechanisms – twist them and the whole thing becomes loose – release and you’re back into the gears. This means that if you are trying to follow something moving in the field you at least have a sporting chance. But I still would not regard this as a motion head. 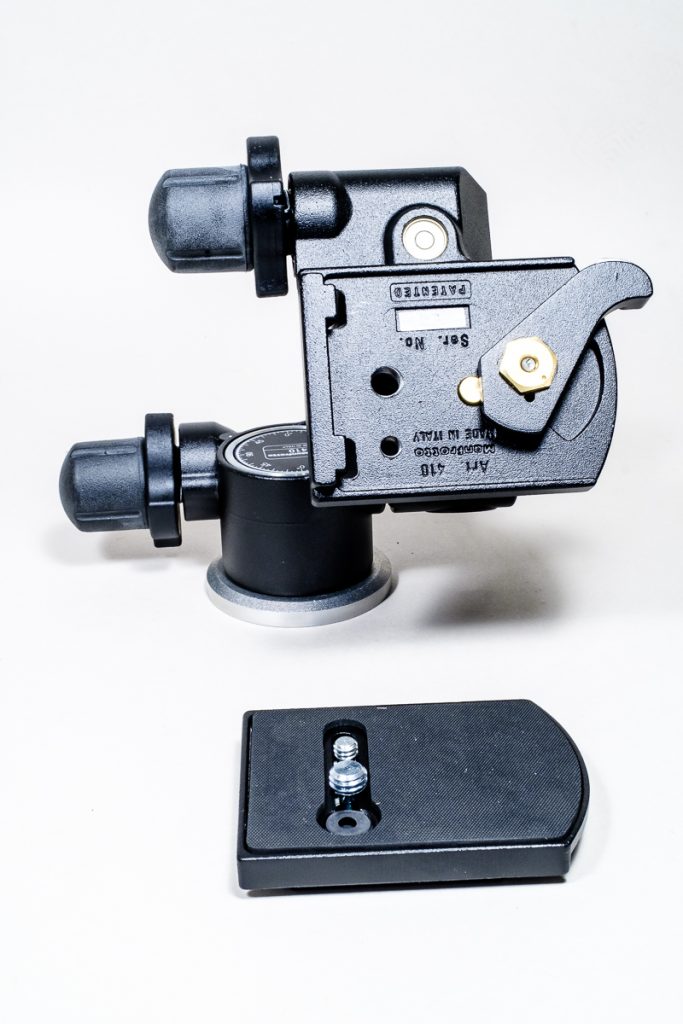 Note that in keeping with the static nature of the device that the camera plate is unusually wide. I would bet on it having been devised initially for large format field cameras. I do not think you could fool it with any modern DSLR system.