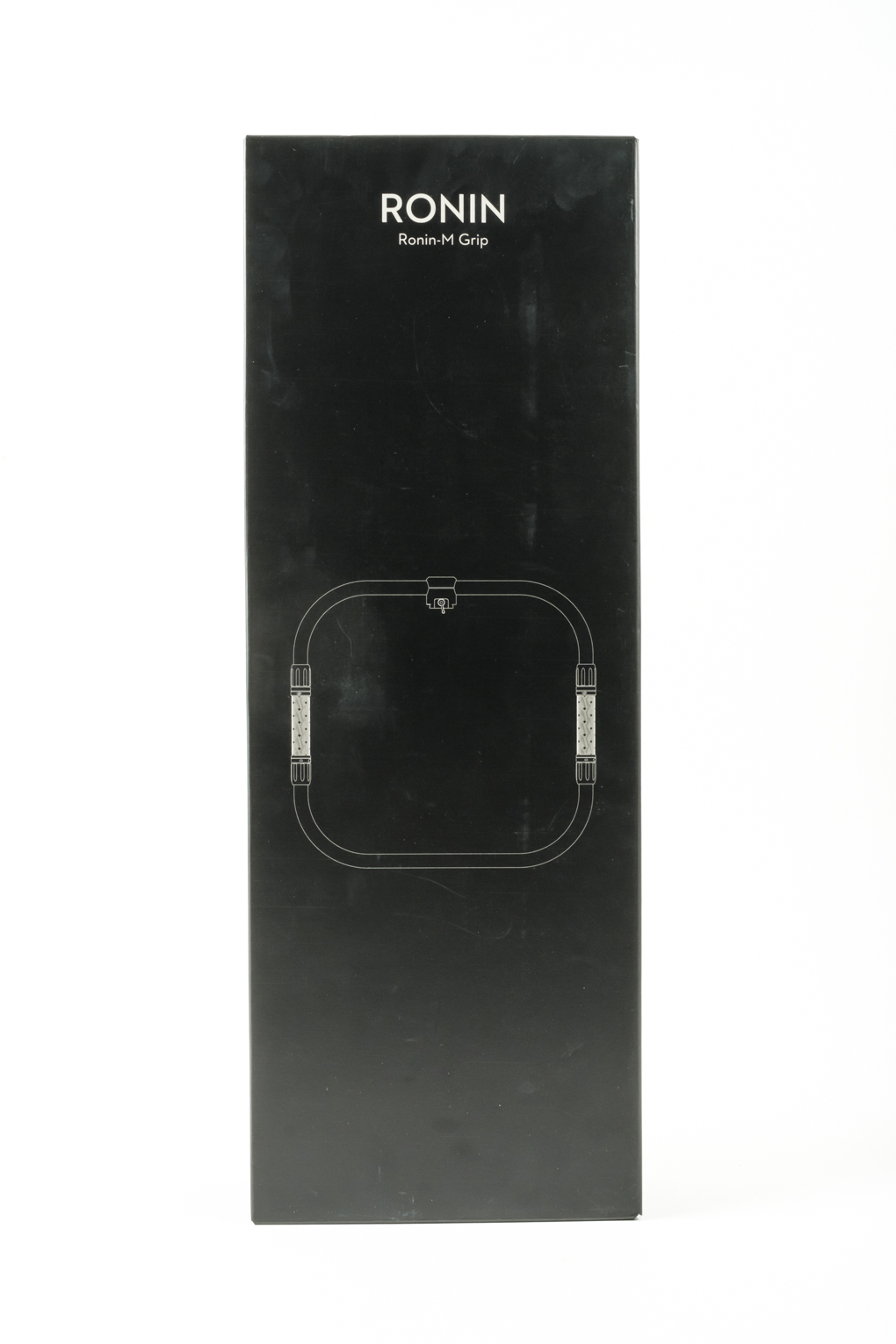 08 Mar Ronin In The Gloamin’

Possibly on the bonny banks ‘O Yangtse…and if you can get past that pun, you probably have enough wit about you to appreciate the product on today’s column – the Ronin video rig cage.

It is part of the DJI system that aims to put a gimbal stabiliser under or over modern video cameras to enable video makers to hand-hold rigs while keeping the screen images stable. Think of them as tripod or tracking rig substitutes when the camera has to move fast and a lot. As a film-maker you’ll have to decide for yourself whether this is what you want the point of view to do, but whatever you make that camera and the person holding it do ( Run Forrest! ) the audience still wants it to be as flat as if it was on a Hollywood dolly. 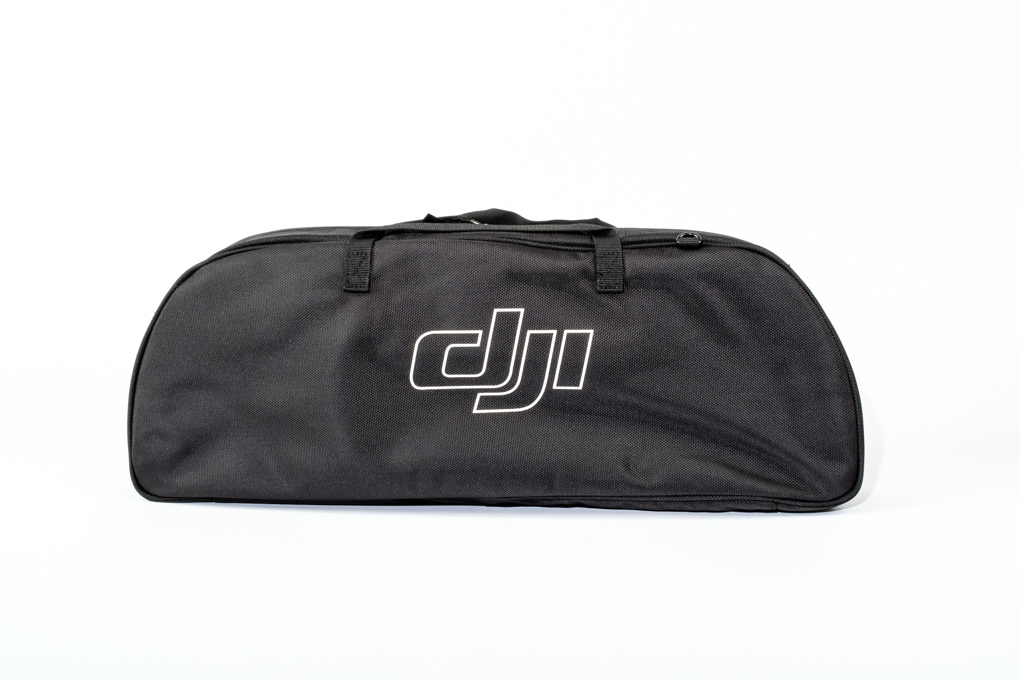 Well, the answer, as we said, is to attach one of the various DJI gimbals and balance the camera and lens carefully, but you must have something to actually base that gimbal on first. This is where the Ronin-M grip you see here comes in. 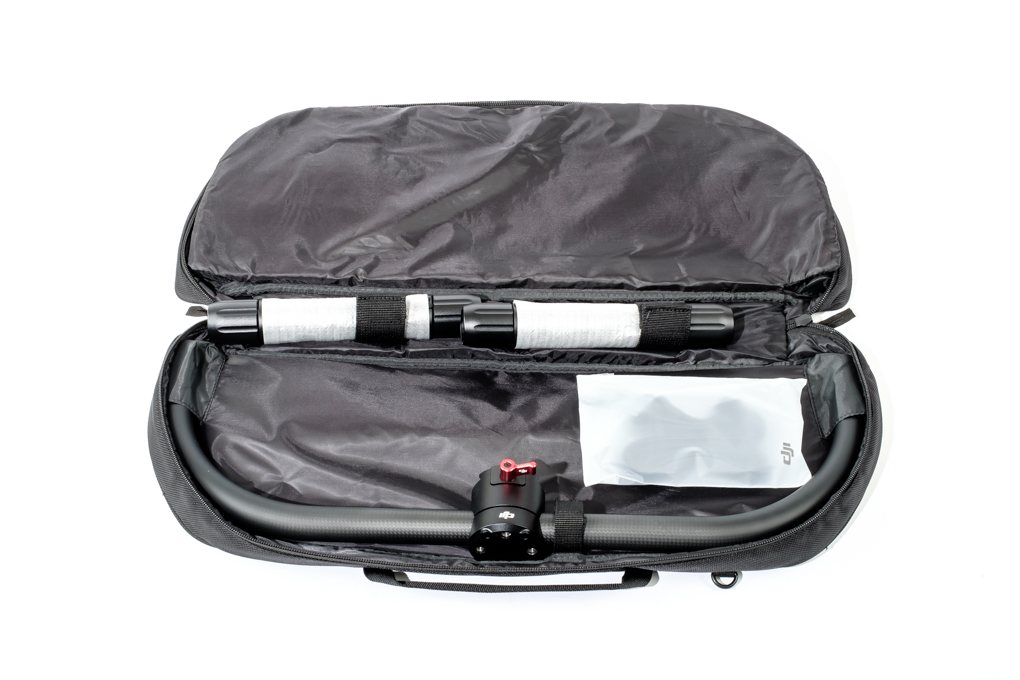 Starting from a rather neat semi-circular case, it assembles into a rounded square of carbon fibre and aluminium with a clamp-grip sized to take the DJI gimbal. The large shape is to allow other things to be hung on the rig: microphones, perhaps, or monitor. Or additional LED light panels for some applications. 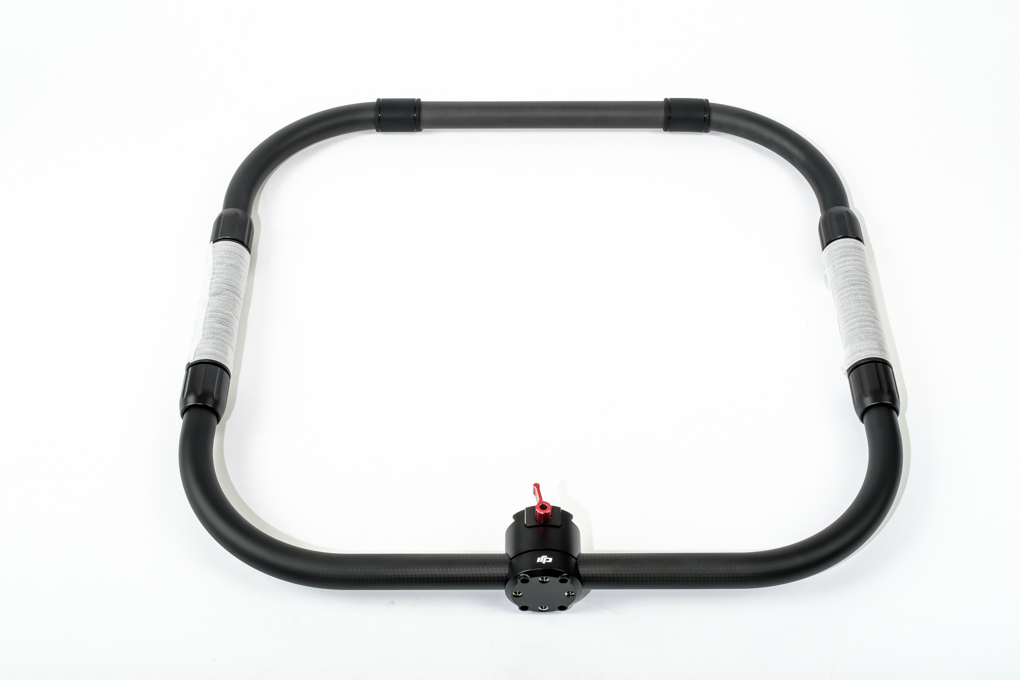 The beer-can holder and snack tray sells well in certain circles for the film-maker who takes a more casual approach to their art. 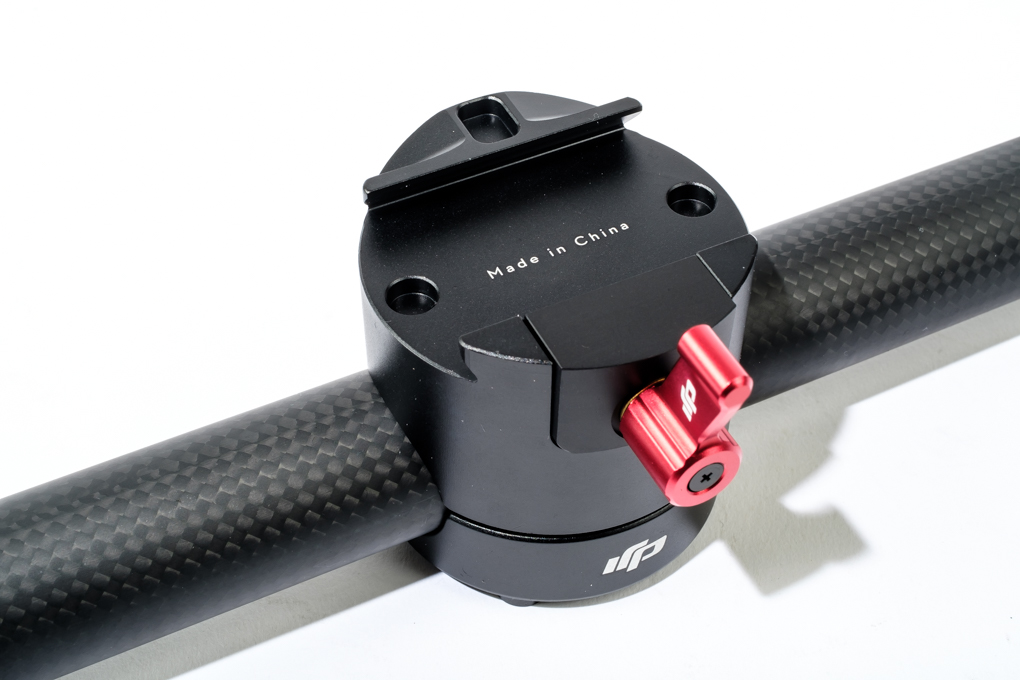 In any case the thing is light, rigid, extremely well-built and very professional looking.* Laugh if you want to, but the appearance of photographic items sells them as effectively as their utility…and also helps the users to look better while they are filming. Images are what we make and images of the image-makers can sometimes be just as important.

Note: that’s not a standard Arca-Swiss size in the grip channel – I tried it – it’s a special DJI size.

*  My spell-checker baulked at ” very professional “. It wanted no qualifying adjective, but then it has not seen what some photographic professionals look like while they are working…