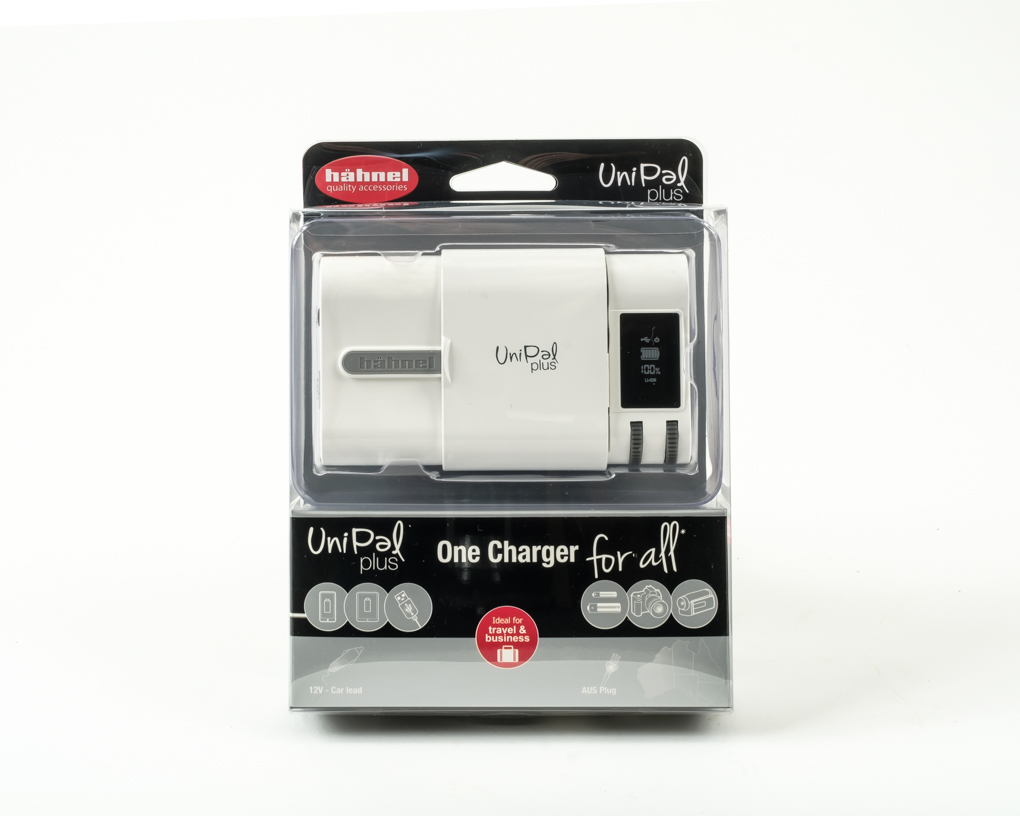 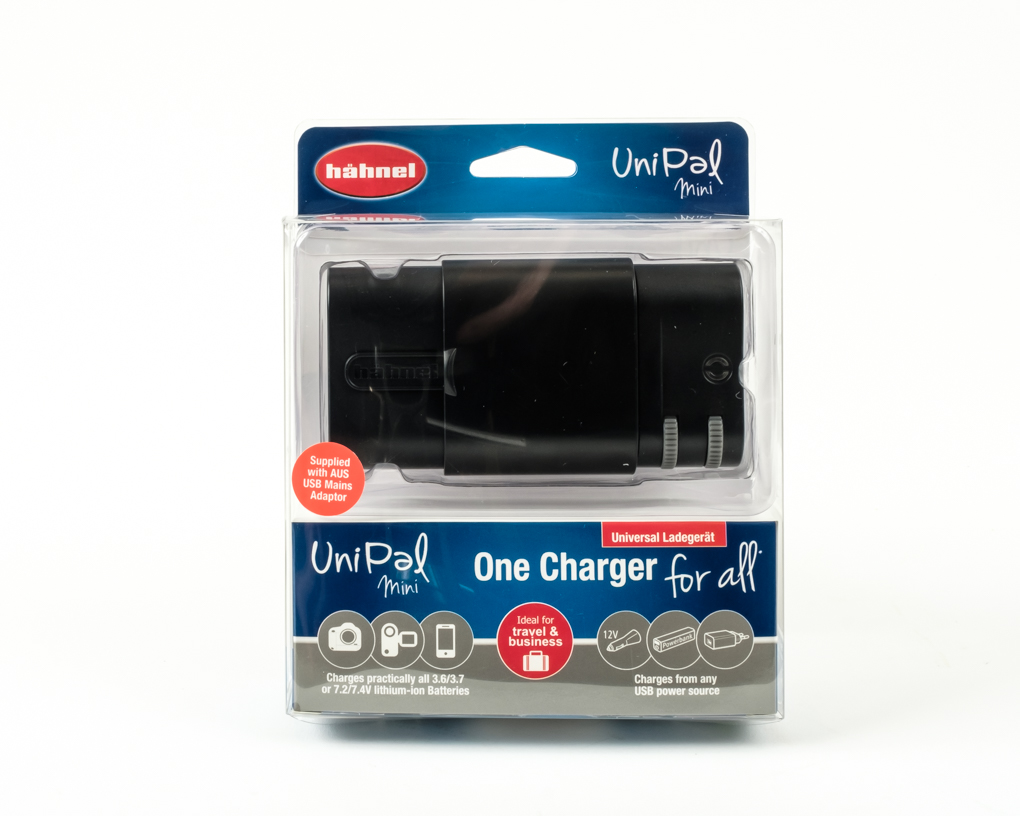 Those of you who think they have seen these products in this column before are right – I’ve been mentioning these and similar items for years. But not everyone who reads this page with their Weeties has seen those older postings. The wonderful thing about photography is that it is a subject that always attracts new enthusiasts. And the fact of the matter is that the new enthusiasts sometimes have old problems.*

The problem that the Unipal chargers from the Hähnel company addresses is the circumstance where a photographer discovers that they have no charger for their camera or flash batteries. Either it has been left at home while they travel or been stolen or lost. Or, if it is an older charger, it has just quit working. I’ve personal experience of this – having had to replace chargers on two separate occasions.

It’s not an isolated thing – every week when I was behind the counter there were a number of people who came in and wanted fresh chargers – sometimes several requests per day. It was the sort of thing that ran neck-and-neck with the enquiries for lost quick-release plates for long-discontinued tripod heads. In the case of the chargers, however, we had a good solution.

Note: You can sometimes get accessory and replacement chargers from major camera manufacturers but it can be a spotty thing if the camera battery you are trying to charge is several years old. The trade wheel revolves pretty fast and one year’s gear may not fit next year’s accessories. Bless the makers who keep their power supplies constant for 3-4 years in a row… 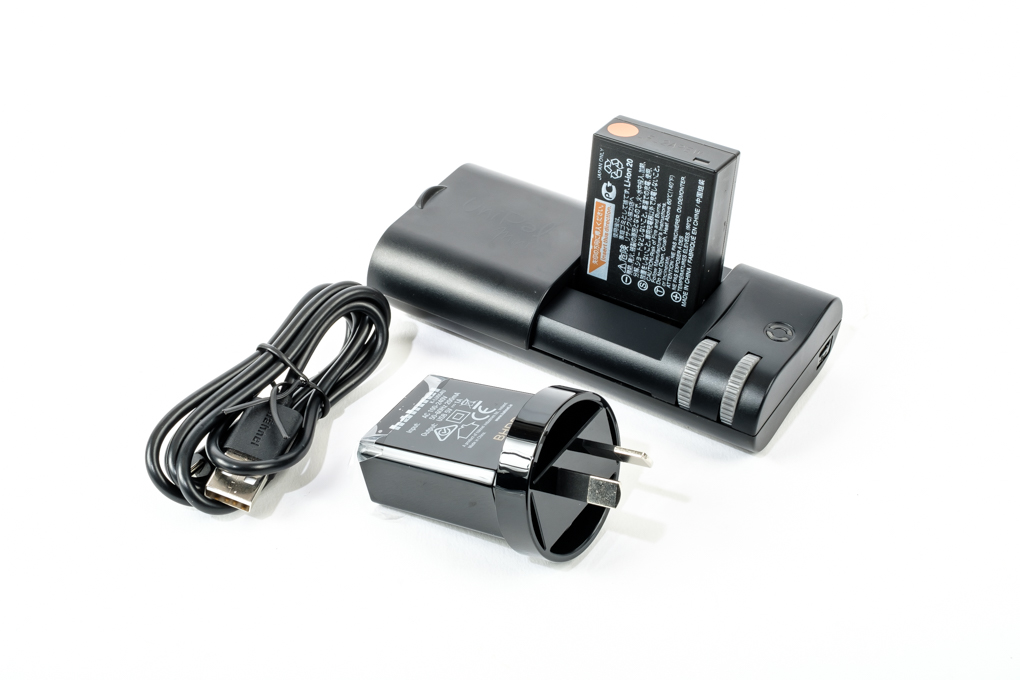 If you’re stuck looking at no power, consider either the Unipal Plus or the Unipal Mini as a solution. They both plug into mains power adapters and can also draw electrons from 12v car lighter sockets or from USB sockets. The chief difference in them, aside from the colour and size, is that the Unipal Plus can also feed electricity into rechargeable AA or AAA batteries as well as lithium-ion camera batteries. The Unipal Plus also features a small illuminated screen that has a power measurement graph on it – you can tell the status of a camera battery that is plugged into it as it charges. 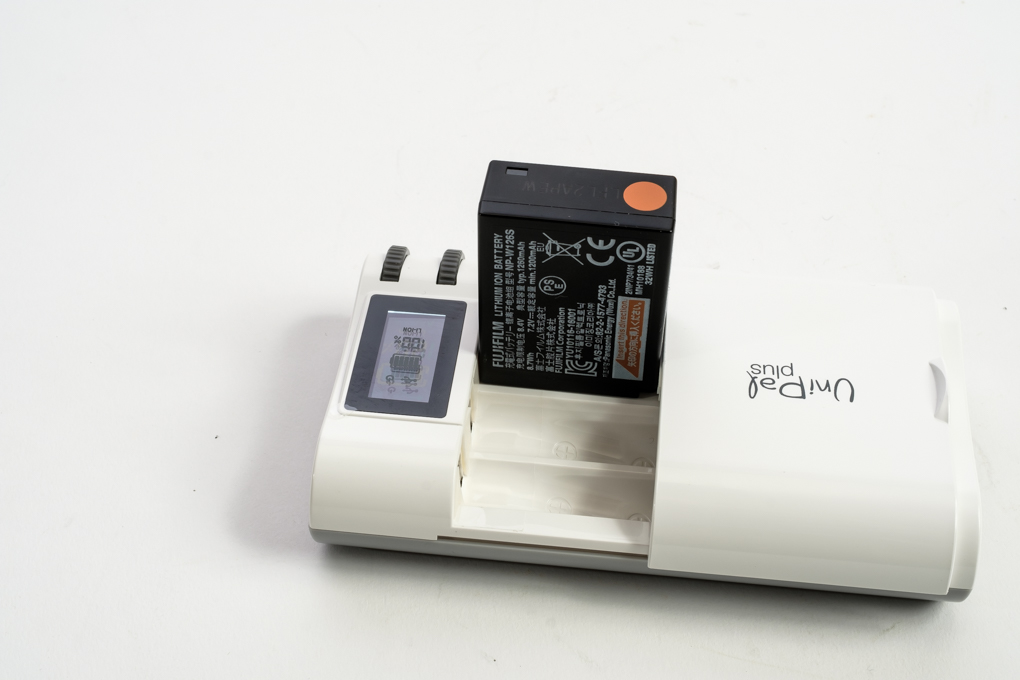 Operation is similar; slide the protective cover aside, use the wheels to position the charging prongs onto the + and – plates of your battery, and let the thing work until it indicates the battery is full. The amount of time taken to do this is roughly the same as with the proprietary chargers, depending upon where they draw their power from. The adjustability of the prongs is the key to adapting the things to any sort of small Li-ion battery. 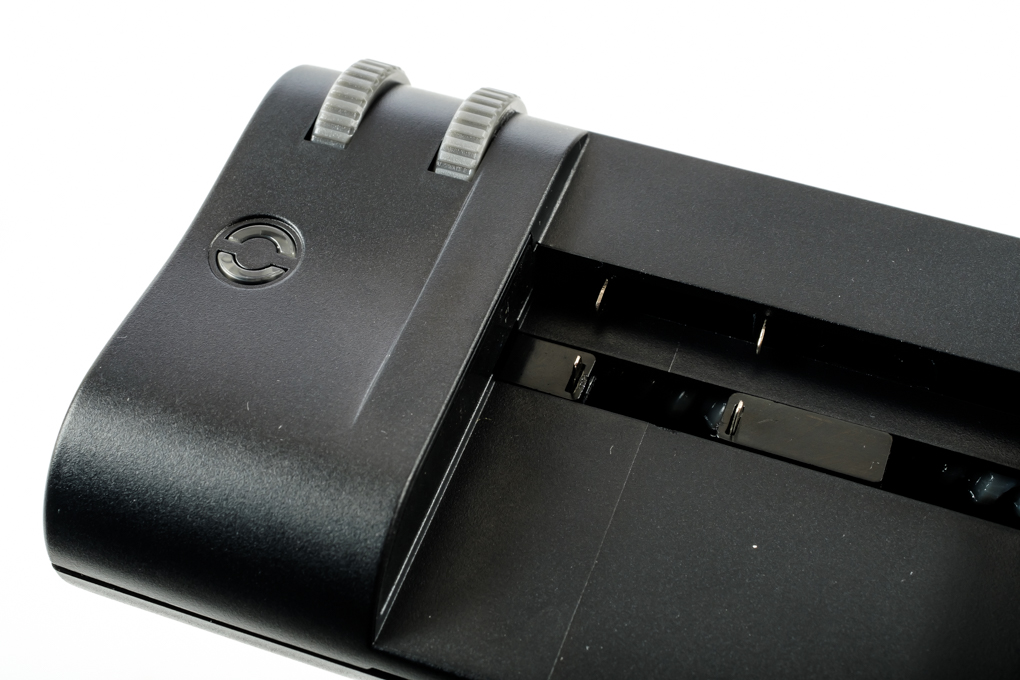 The other advantage of the Hähnel chargers over the ones from the camera makers is…err…ahem…price. The proprietary ones capitalise on the brand names and are generally more than the Hähnel. As electricity is electricity…and money is money…it pays to consider them.

*  They sometimes have new problems, too, which keeps the staff on their toes.