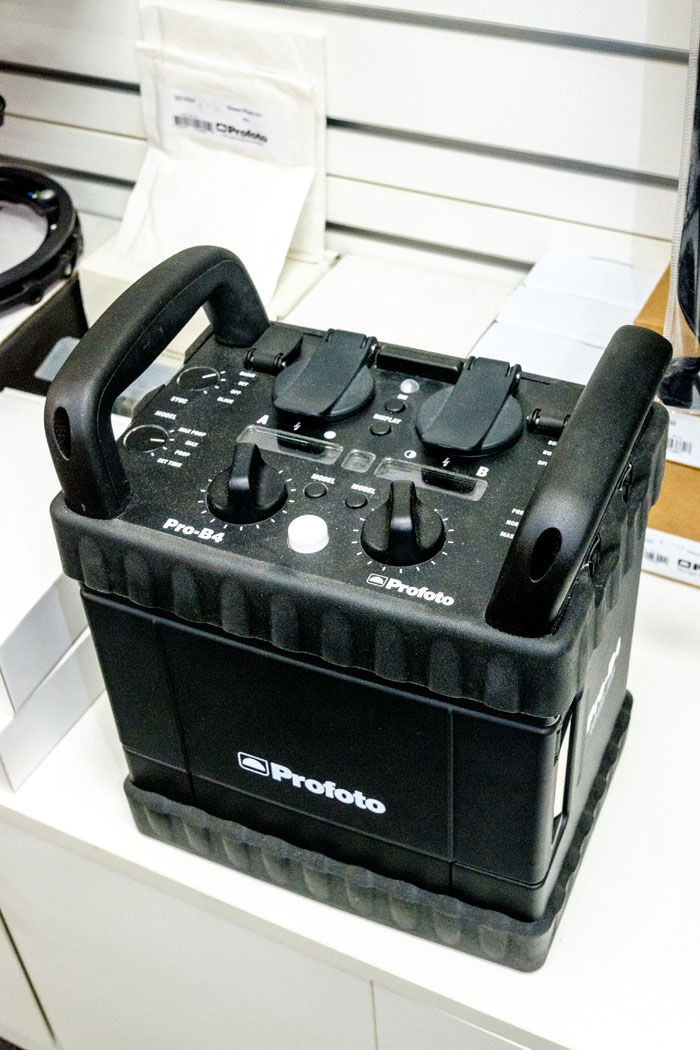 You must never let me alone with photographic equipment that I haven’t seen before. The temptation to paw over it, twist every control, open every flap is overwhelming. I suspect it is the same for other people who are enthusiastic about photography – like kids in a toy store we must just touch and feel everything. We’re lucky we don’t set fire to more things than we do…

Well, they left me alone this last week down the back end of the Stirling Street Store and I discovered the Profoto Pro-B4. It might not be new to you if you’re a working professional but it was fresh for me – and the feature that caught my eye instantly was the front panel with the two release catches either side. 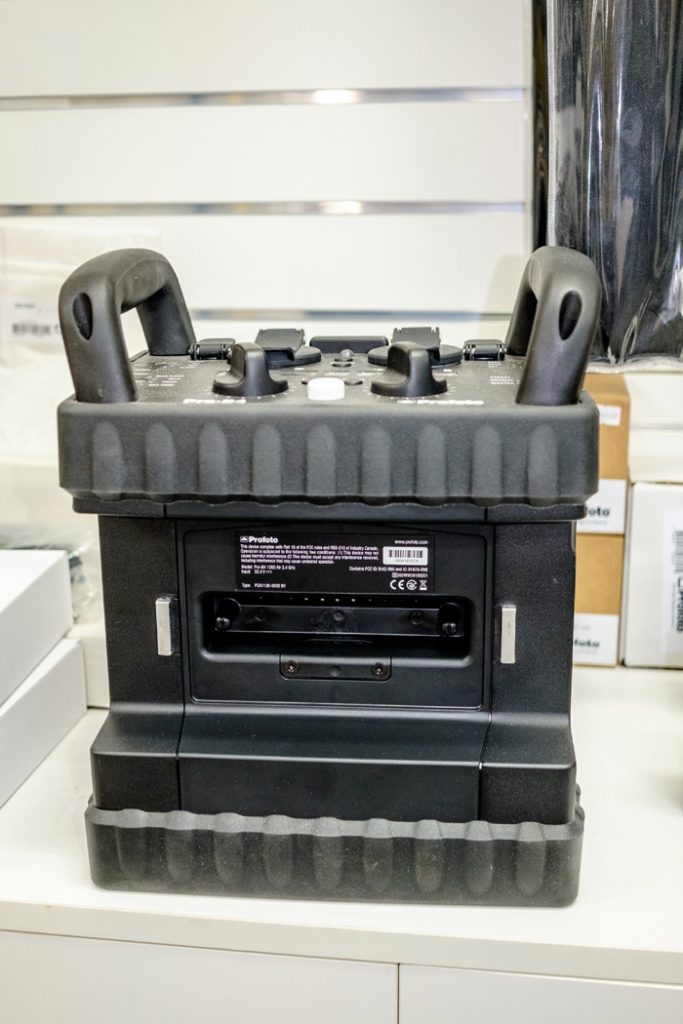 Release catches are included in a design for one reason – they need to release something. In this case it turns out to be a giant battery pack. It’s the size of a Claymore mine, and has an intricate moulded plug that forms the interior part of the pack. 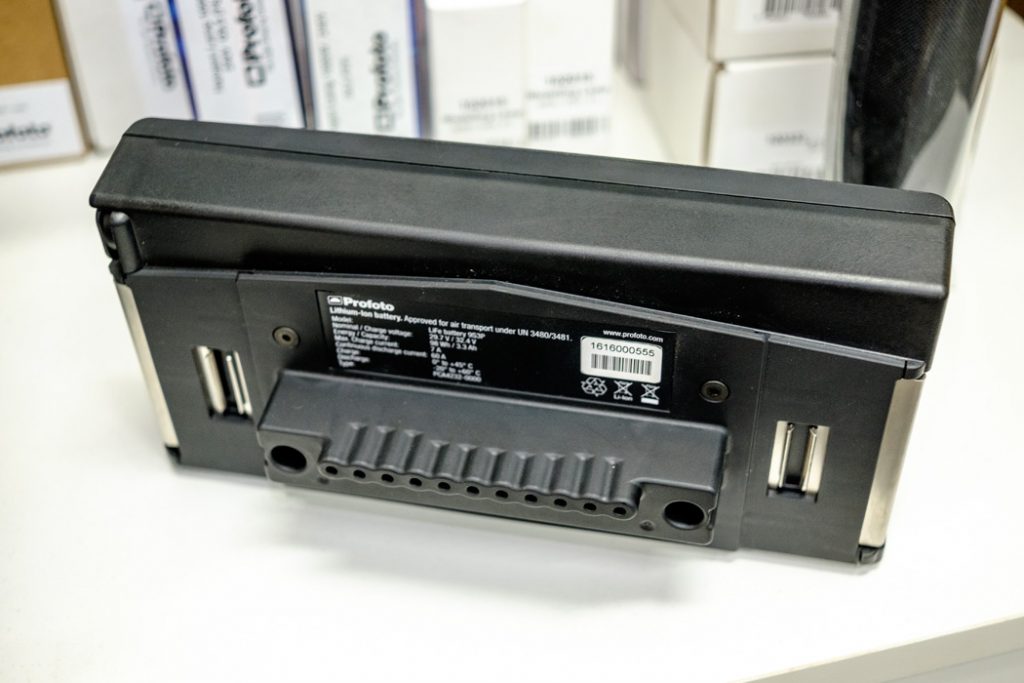 In its turn, this sockets into the body of the flash generator box. That’s an impressive plug, folks; 11 shielded contacts. I suspect it is intended to pass an equally impressive amount of electricity. With this in mind, I Googled up what a Pro-B4 actually does:

200-50,000 flashes per charge depending upon power drawn by the heads.

45 minutes to charge from the AC adapter.

This is not your entry-level speedlght, folks. This is studio power out in the boonies where there is no electricity, and enough of it to do a full professional shoot. This is the sort of black box that earns its price back in a few years and then goes on to enrich you. It’s not the sort of thing you buy or discard lightly – it’s a genuine investment.

One that pays off…