Down On The Tabletop With the GFX 50S 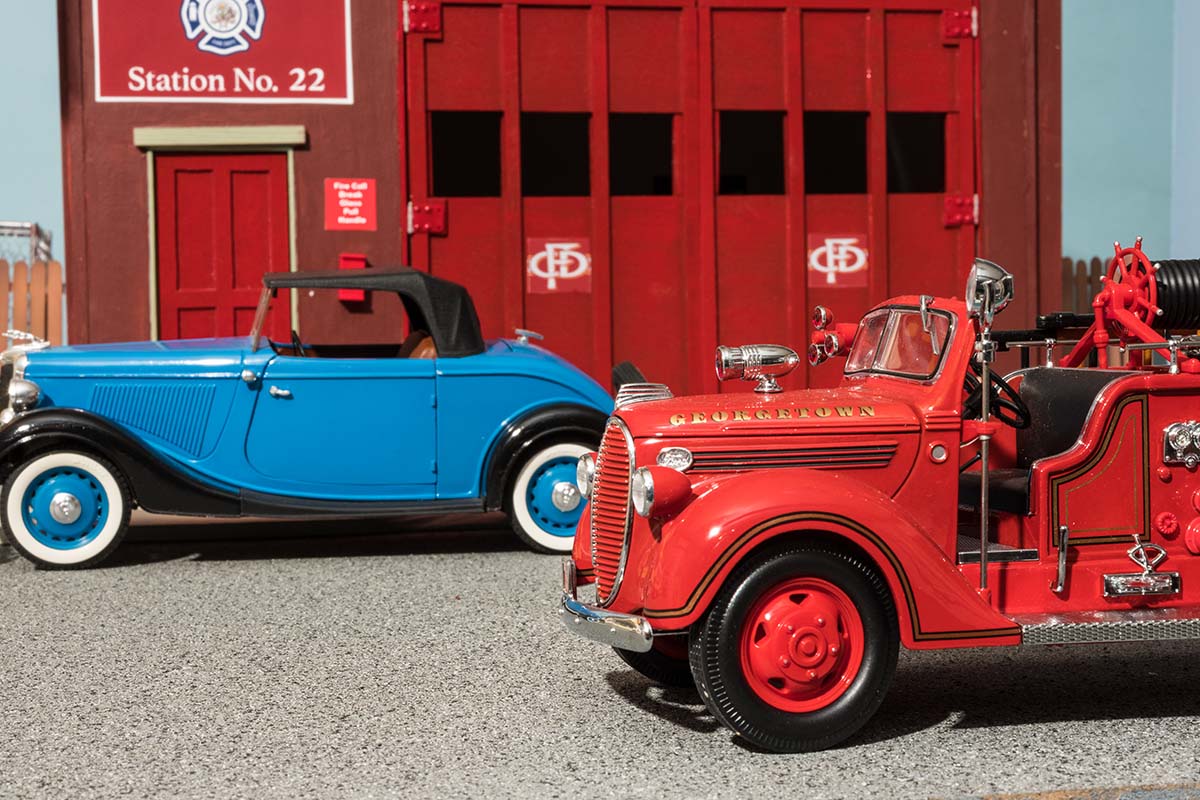 19 Oct Down On The Tabletop With the GFX 50S

This was the point I was dreading…the part where I did what I normally do in the studio with the new Fujifilm GFX 50S camera and tried to convince myself later that it was a good idea. It was a method of thinking that served many governments, corporations, and armies in the past and if they were pigheaded enough, it served them right…

The basic problem for a tabletop shooter who wants maximum depth of field is the simple fact that it is dependent upon the actual focal length of the lens…not the apparent or equivalent measurement. No matter what the lens pretends to be, it is still what it actually is.

Add onto this the need for close focusing and small apertures…and hopefully some wizardry to counteract the effects of diffraction. It’s a big ask for a long lens, and unfortunately in tabletop terms, medium format and large format lenses are long. Fine if you want bokeh – bad if you want sharp focus.

Okay – a standard scene – out front of the firehouse on 4th Street SW. Whoever parked the ’34 Ford that close to the firehouse doors is gonna get a ticket from the Calgary cops, but that is another story. The test was a shot between the 63mm GF lens on the GFX50s and a 35mm XF lens on the smaller Fujifilm X-T10. The Ford’s the focus. 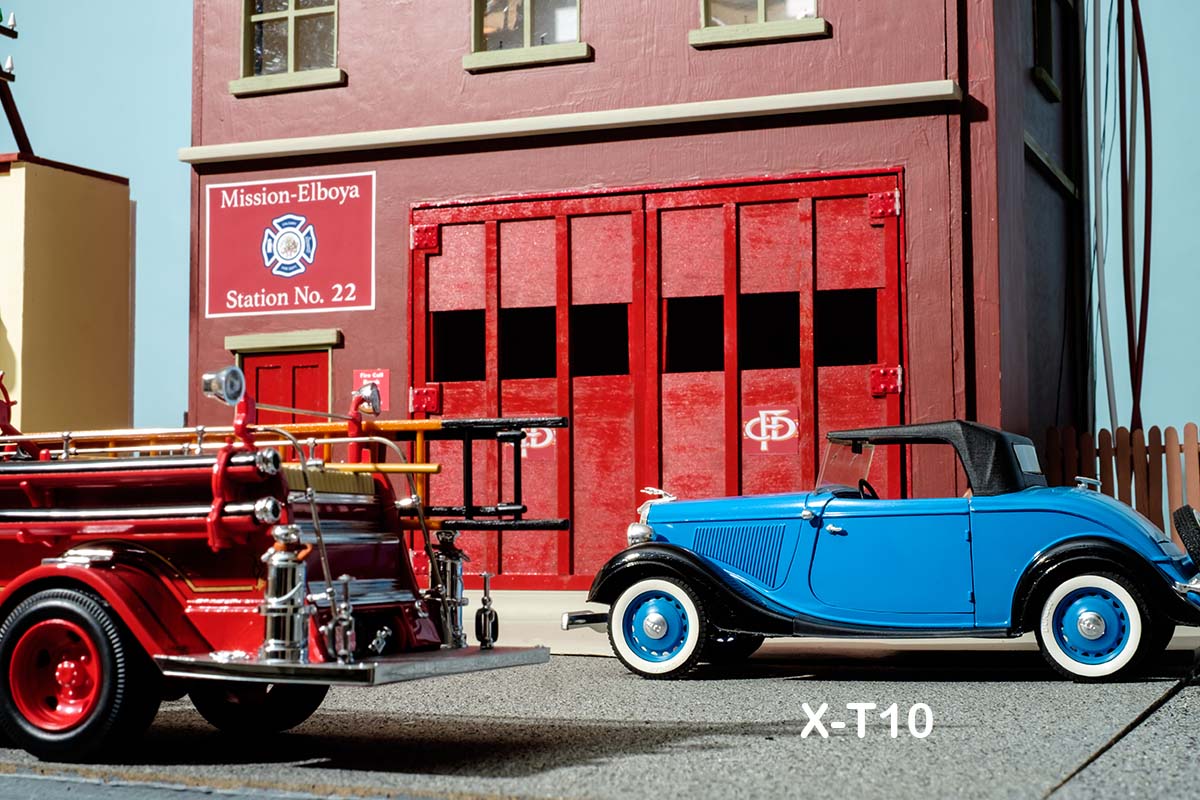 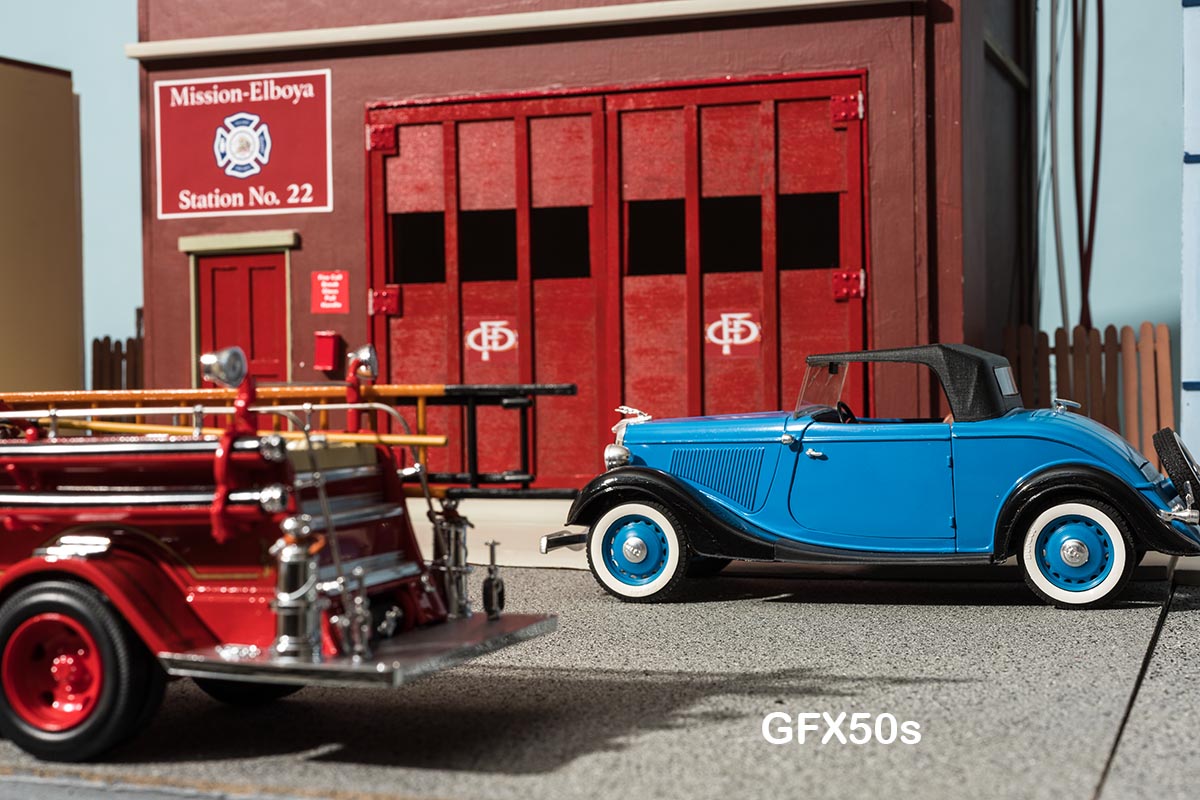 The X-T10 keeps a fair degree of sharpness – not perfect, but – between the ladders of the fire truck and the signs on the firehouse. The GFX50s loses it entirely even though the aperture can be run down to f:32. Unfortunately what I expected… 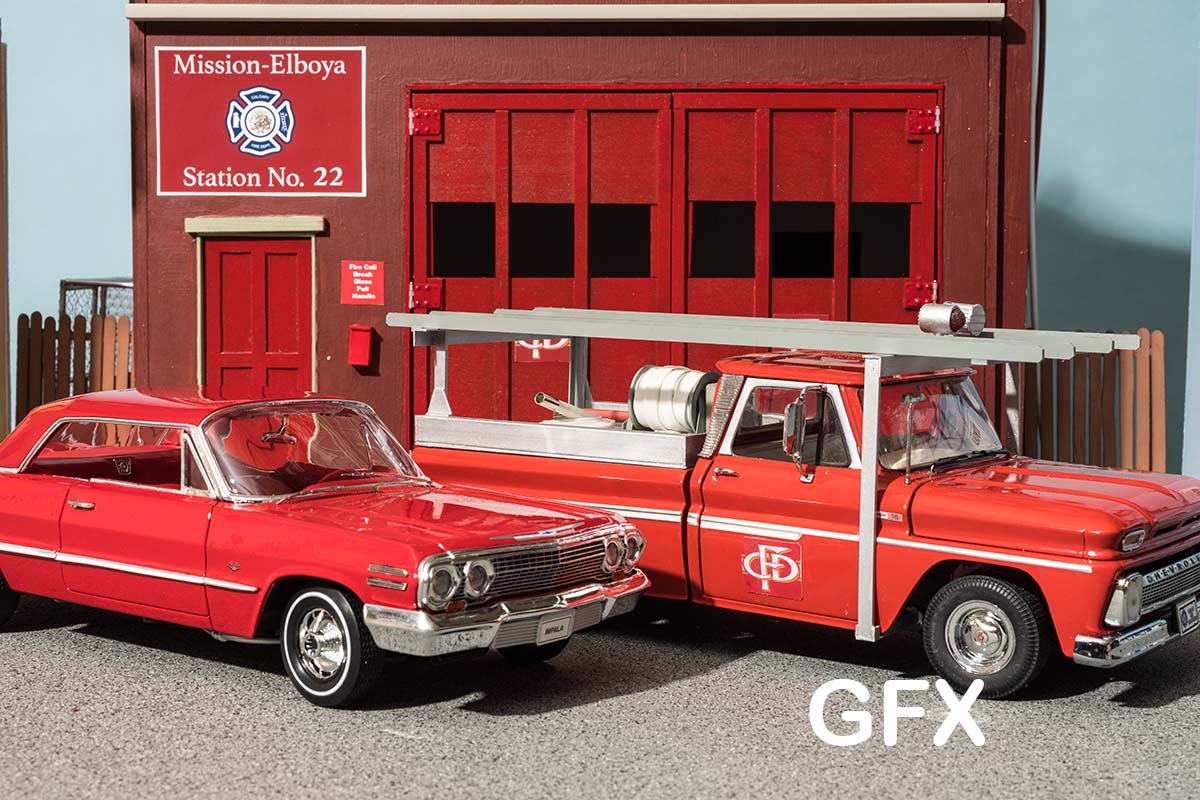 With a little fiddling, arranging, and a slightly longer view of the table, you can get a reasonable focus with the GFX. Again this is the 63mm. A product shooter would undoubtedly take as much advantage as possible with this. They might also be tempted to change gear down to the GF45mmf:2.8WR lens for increased DOF. I should imagine the image quality would not vary a hair in all the GF lens range – you would be merely changing angle of view and DOF.

An aside: in the GFX pamphlet that Justin Moriarty gave me last Friday at the GFX show is an illustration of a view camera adapter to allow the camera body to snuggle to the back of a 4 x 5 camera. You are still going to be using lenses on the long side, but you do get all the classic movements. It would be worthwhile for those who have an old monorail hanging about to buy a new GFX body to experiment with…and if that isn’t going to convince the wife or accountant, send ’em to me.

And finally…at the same Friday Fujifilm evening – a good night out, I might add – Warrewyk Williams threw some light on a unique setting. In the menu for the camera there are all sorts of image formats – some like 3:2 and 16:9 that are easy to recognise. One…65:24…was totally puzzling. But he explained that it was the same presentation as the older Fujifilm panoramic film camera that we knew as the Hasselblad Xpan. So now we have a jpeg-shooting digital Xpan, by another name. Cool.

Note to self: Need to make more street modules.

Verdict for the Little Studio? Well, it would be nice to have this medium format camera, but not really the Fujifilm for me. I will work best with the APS-C sensor. Perhaps I should look at a new X-T2…