The Big Box Of Camera 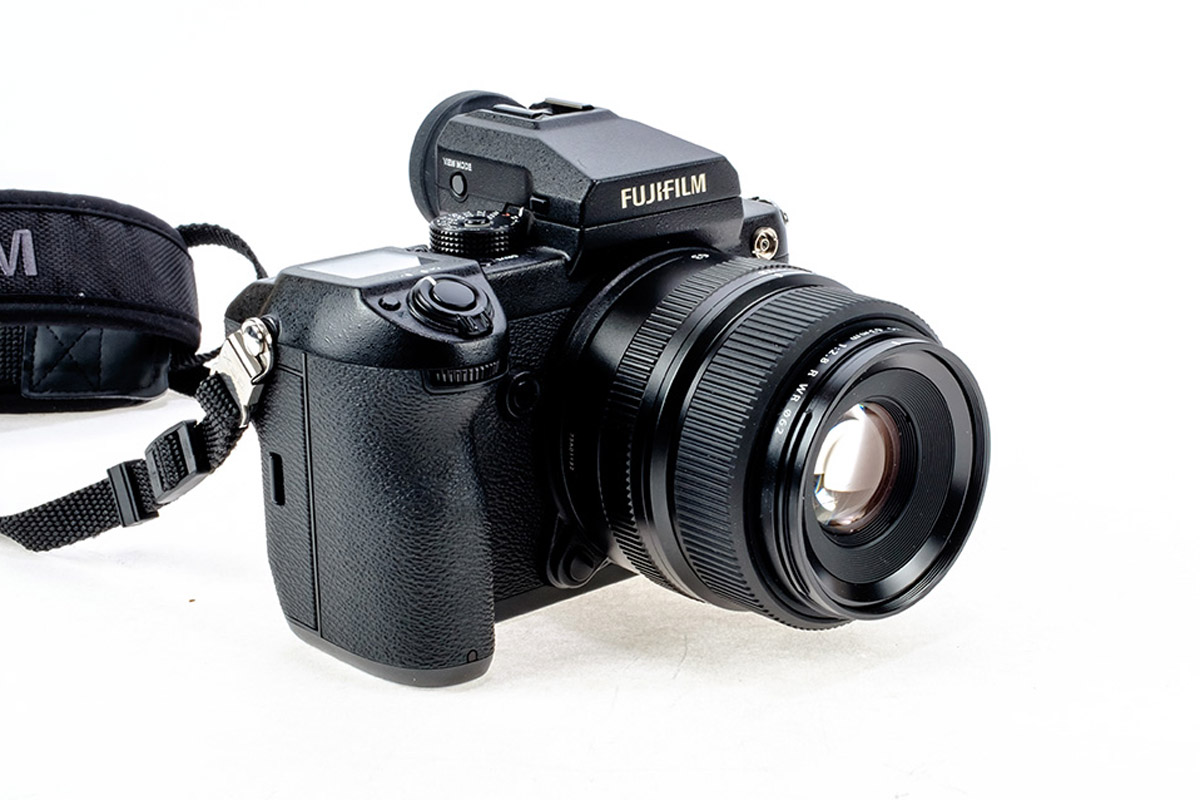 16 Oct The Big Box Of Camera

Today starts a week of investigation into a camera system that has flashed upon the world for what is a relatively short period of time – the Fujifilm GFX 50S. Those of you who read this column regularly and know that I am a Fujifilm user may have been wondering why it has taken this long to appear.

The answer’s simple; there have been numerous other reports of the camera and lenses already in the technical, fan-boy, and forum-fighter press. People can get accurate information, biased information, and outright bad manners from other sources – frequently better written than here – and there was no point in just re-transmitting it. I needed to wait until I could investigate the devices myself in my own facilities. The opportunity for this was provided by the Fujifilm people this last week… and this will be my chance to repay them for their kindness. No good deed ever goes unpunished…

I collected a $ 23,000 box of responsibility from the Fujifilm warehouse one Tuesday and returned it a week and a day later. It contained a camera body, three lenses, a battery grip and spare cell, and the unique little Fujifilm tilt mechanism for their EVF. I base my estimation of the total figure on shop prices – it may not be exact to the dollar, but it is more than my car cost when it was brand new – hence the careful and nervous treatment I gave it in the 8 days. If you are reading, Fujifilm, I did not race or roll it and it never went outside the studio.

One other reason I did not rush to cover the GFX 50S at the outset was due to my own interests – my favoured form of photography involves studio product shots and tabletops. I knew from the outset that the laws of optics would rob me of some much-desired depth of field with the G-series lenses…I was hesitant to confirm this, lest I should seem to be criticizing. But enough footling – here is the Uncle Dick K report. 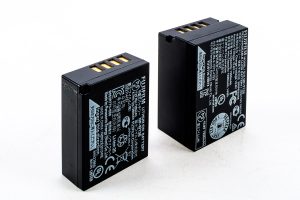 The first thing you see is the power supply – the battery is about twice the size of the WP126 that powers their smaller cameras. This would argue more electricity, but the nature of the medium format might also use more upper exposure. We are assured that a well-conditioned battery will pump out about 400 shots. 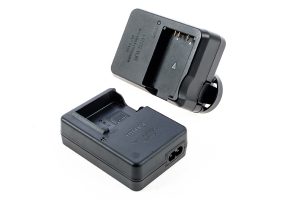 The second picture is of the charger block and here I would argue slightly against what Mr. Williams said about it at the Fujifilm show night – it may have all the international plug ends included in the kit, but the block is massive, and uses up a lot of space on a wall socket or extension block. The WP126 block can stand off on a side table with a figure 8 cord. 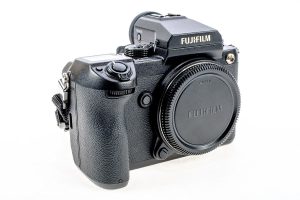 The basic body looks essentially like a mirror-less camera with a box stuck on the back, because it is. The EVF will slide off, and if you invest in the articulated EVF connector, you can tilt it upright and swivel it from side to side. All the time you do this, it passes flash information through from top hot shoe to bottom hot foot. If you need to use the LCD screen in the back like a waist-level finder, you can pull it out in two orientations. The fact that you then do not need the EVF at all is an interesting idea…There is plenty of eye clearance for even spectacle-wearers. 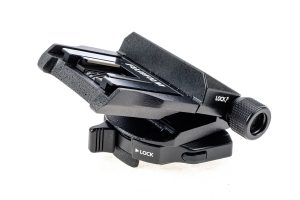 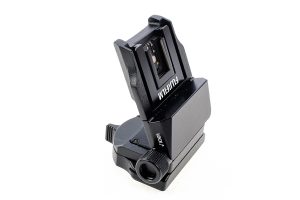 Oh, here’s that EVF platform that allows it to tilt upright and swivel. Very well – finished and lockable in all positions. 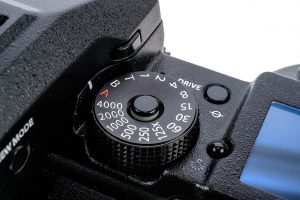 There is a secondary report screen just to the right of the shutter speed dial. That dial has the same push-lock mechanism that the X-T2 has – you cannot stray from your set speed ( Oh yes, you can…as I discovered to my peril…). The ghost screen reports how many shots you have left on your current memory card even when the main switch is off. 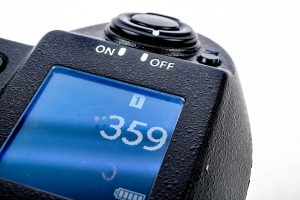 Ins and outs – battery and cards in, and electronic signals out  – are catered for with side panels, meaning that whatever mount you have selected for a studio tripod will not be disturbed if you need to feed the horse in the middle of a shoot. You can also send in constant electricity for an all-day technical or ID shoot. 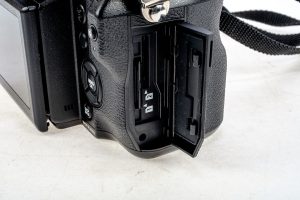 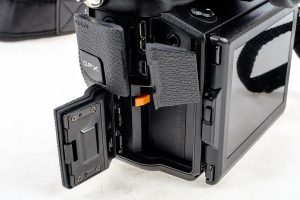 Of course there are two card slots – but this is not just blindly following a modern design trend – the camera uses up enough memory each shot that you may seriously need two lots of storage if you are busy with a long shoot. 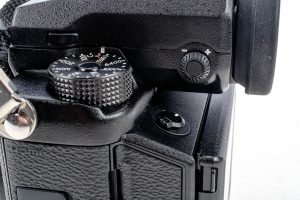 And finally, the normal position for the Fujifilm manual-continuous-single focus adjustment has been shifted over to the left hand side of the medium format sensor box. It is as convenient a place for it as the front panel anyway.

Right – that’s a quick walk-round and tyre kick, so tomorrow we waggle the stick, take the cover off the pitot tube, and press the starter.