East Perth Can Take It 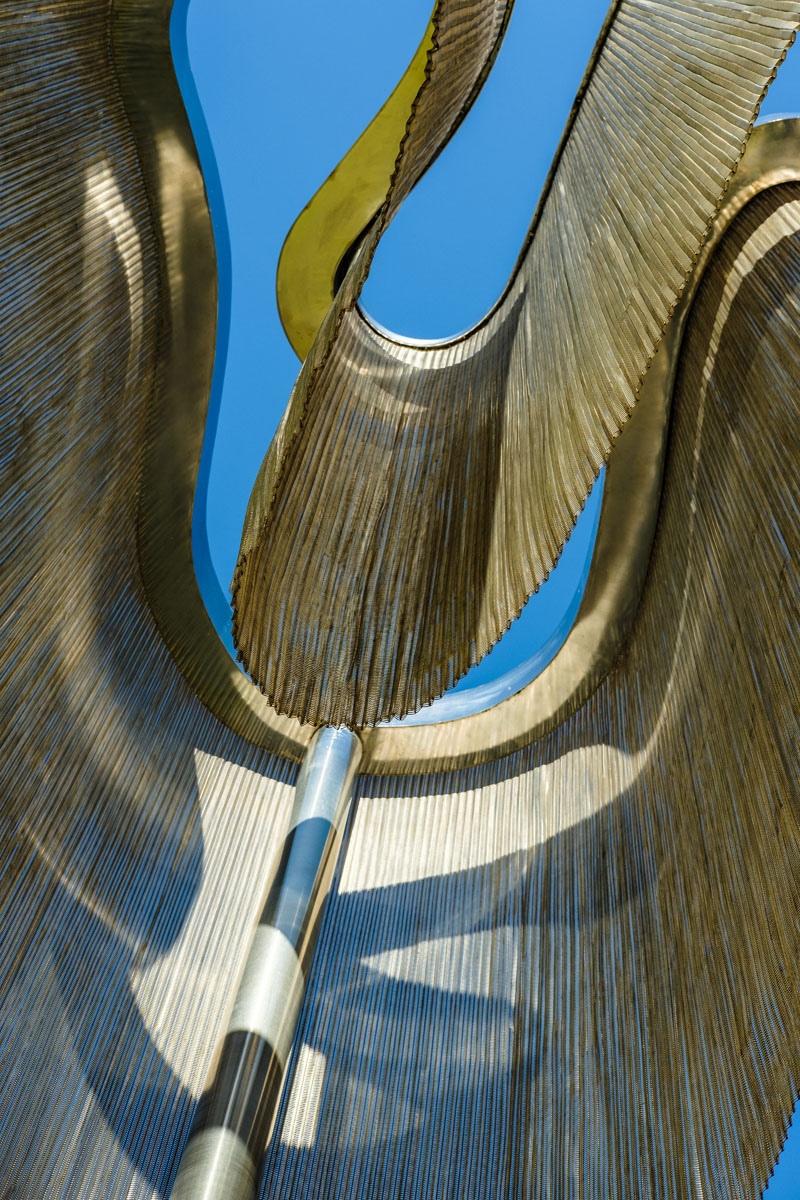 01 Sep East Perth Can Take It

I got to go out this week with the new Fujifilm X-pro2 camera and the 35mm f:2 WR lens and record the preparations being made for the defence of East Perth. 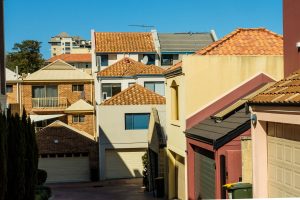 Let me tell you that I was not spying – I received no complaint from the defence council – and I am here to reassure the citizens that they are as safe in their houses as anyone in East Perth could be. 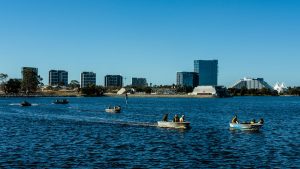 The first pictures are of commando training for small-boat assault. We see the attack force forming up and being lead in single file into Claisebrook Cove. At this time the anti-submarine net was lowered to the bed of the river and the mines de-activated. 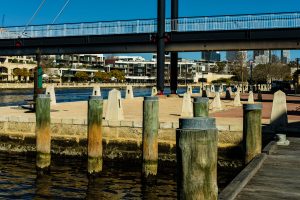 Anti -tank barriers and annular claymore mines on posts at the wharf. They fire 360º. Very effective against raiders. 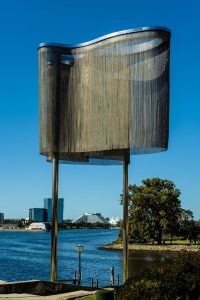 Here is a clearer side view of the Wybraniec-Neiile phased array radar installation sited to detect surface ships out to the horizon. It is rumoured to be able to resolve an aircraft carrier moored the other side of Governor Stirling High School. No danger of  sneak attack from West Midland. 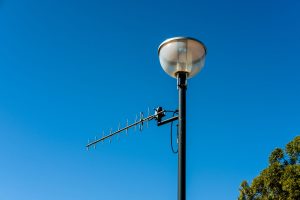 Security declined to explain this antenna. I did not press the matter. Some things we’re better not to know. 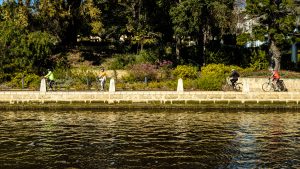 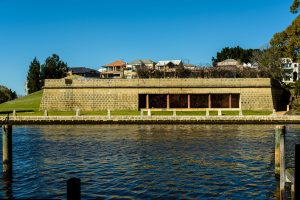 The cornerstone of East Perth defence – Fort Claisebrook. Sited in Victoria Gardens, it is protected from land-borne assault by a City of Perth parking machine and public toilets and is enfiladed by a clear field of fire from the Kinky Lizard Espresso Bar.

You’ll note the masonry breastwork on the top where the Royal Marines are stationed and the large embrasure below it for the four 68 pounder muzzle loading rifles. These have been ordered from Elswick in Great Britain, but they haven’t exactly mentioned it to the rest of the council. They are coming out of the PCC tea and biscuit fund… Also note the anti-tank barriers – this is going to be a bastion…in fact some people have called it a right bastion.

Apparently they didn’t have quite enough money to afford a sally port so they have settled for a sally set of stairs. As long as the troops defending the place hold onto the handrail coming down and don’t run with bayonets up, all should be well. 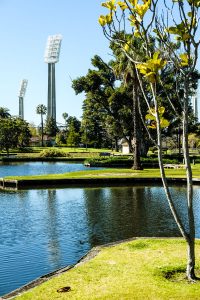 Note: I asked about the four electronic towers just south of Fort Claisebrook but was told they are hush-hush. I’ve read enough about Area 51 to know not to pry.