When To Go Out… 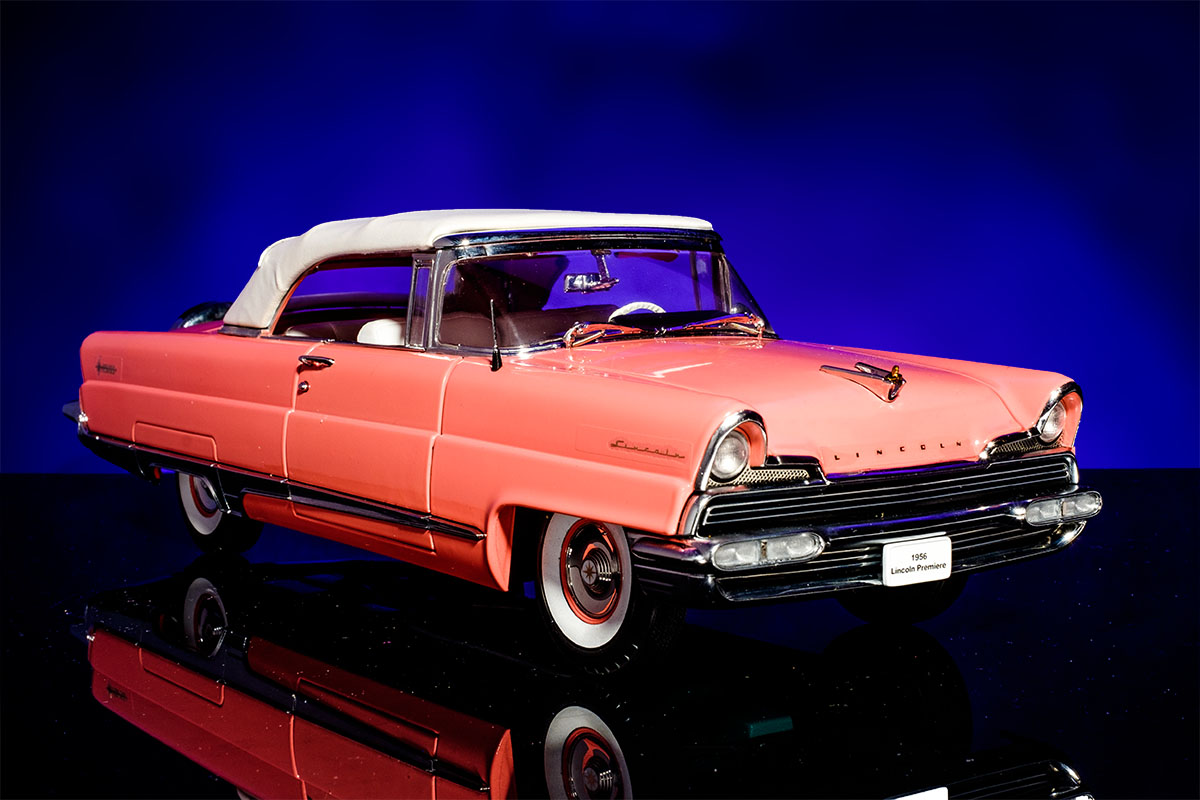 Well, if your subject is just too big, too wild, or too smelly for a studio, you’ll have to take it outside. This also applies to the things that are fixed in place – powerhouse turbines, mountains, railway bridges. No good trying to move the mountain…you must adapt your light to it.

Lighting up a big thing is one thing – we have seen truly magnificent light banks and flash assemblies used by everyone from the Ford Motor Company house photographers picturing rolling mills in Detroit to Winston O. Link stopping steam locomotives in full roar along the rails. You have to admire the concepts and the setups that they have used to do these things – particularly if they were done in the bulb flash pre-digital era. One chance was all they had and in most cases that was all they needed. Readers of this column would be well advised to surf the net further looking at industrial and railway pictures of the middle part of the 20th century for some inspiration.

Well, suppose you are taking people pictures out there – possibly bride people or clothing model people. And the sky is an even grey overcast and there are no harsh shadows and all the colours look fantastic. Just set your camera on Auto and high-speed continuous shooting, press the button until the battery jacks up, and then go find the pub. Everything will look good. Easy.

Ah, but what if it is a sunny day, at noon, and every nook and cranny on the bride’s face holds a deep black shadow and there are radiating cracks in the makeup? If you follow the first procedure you will never see the pub, because the bride will kill you long before you get there. The answer for this will either to use a fill flash to get rid of the shadows, hoping to get that blasted ratio right, get your faithful assistant to continually blind the bride with a hand-held reflector ( in which case the bride will eventually kill your assistant ) or hold up a photographic shield above her.

This shield will let some of the light from the top through, but hold most of it back so that the bounce reflection from the dress and the ground has a chance to fill the shadows naturally. With a clever assistant – possibly on a ladder* – quite a big area of sunshade can be spread over the couple. You’ll still need a big tree to cover the entire guest party, and a fill flash to pick out the faces in the shade, but this is something you can practise until you get it perfect for sunny Saturdays.

If you are taking car pictures this sort of idea is also possible, but the installation for the sun shield – known professionally as a scrim – will be far and away more complex. I’ve seen ’em made commercially from plastic tubing, aluminium tubing, and in one memorable instance from 1 x 2’s, 2 x 4’s, and enough wood screws to fasten a bison to a bomber. The car shoot was average, but the setup and takedown of the scrim was impressive. Part of me was hoping for a high wind just to see if it could generate enough lift to pop the guy ropes and take off.

The Camera Electronic message for all this – as it has been all this week – is that we can supply flashes for studio and field from our sales and also from our rental department. The variety of increasingly capable units that use rechargeable battery packs and essentially studio monoblock heads is growing with all the manufacturers. Their power is growing too, and people can expect to be able to overpower the sun in may circumstances.

If you’re going to go the reflector route, CE has the folding ones in all sizes. The multi-pack ones that have a central core of a scrim are wonderful because they give the outside worker so many different surfaces to play with. I laugh at the gold ones sometimes for being too artificial for words, but the half-gold is just perfect for late afternoon fill when you want warmth in an image.

I’m experimenting with foam-core board as reflectors and flags in my tabletop studio. We don’t sell that, but we do sell things like clamps and tabletop tripods to hold and position the reflectors. Plus all the big light stands and accessories to hold big ones. You cannot have too many extra solid supports when you are making a complex lighting set-up.

Murphy’s Law says that if you try to get things to hold with double-sided sticky tape, plasticine, chopsticks, and folded pieces of loo paper, it will all be perfect until you step around behind the camera, and then the air conditioner flap will move and blow it all down. Don’t ask me how I know this…

*It’s not sporting to push the assistant off the ladder after you take the shot. But it is fun...