Thinking Fast And Wide – An Evening With Attila Csaszar 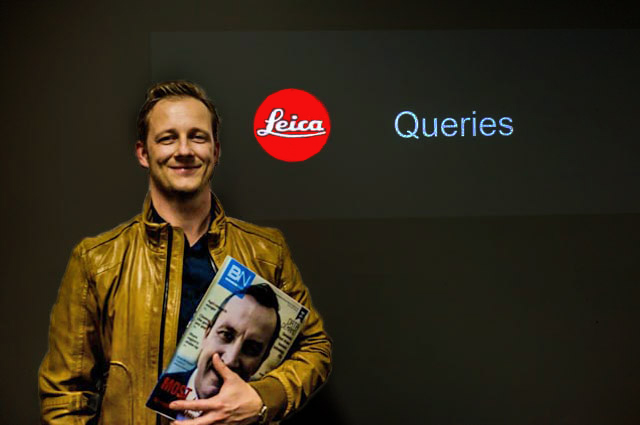 25 Jul Thinking Fast And Wide – An Evening With Attila Csaszar

If you are going to be a professional press photographer covering the political and business scene you are going to have to have the ability to think on your feet, and think fast. You’ll also have to have an eye for a situation as it develops – the rich and powerful rarely pause in their tracks to suit you – or if they do it is for extremely brief periods of time. The quick shot gets the page.

This much was evident in the talk given at Shoot Photography last night by Attila Csaszar – a staff photographer for Business News in Western Australia. That’s him posing with a copy of the magazine bannered with a portrait he took of the WA Premier. Not a surprise, that, for a business paper, but big news for the Leica enthusiasts at Shoot – because it was taken with a wide-angle lens on a Leica Q camera. 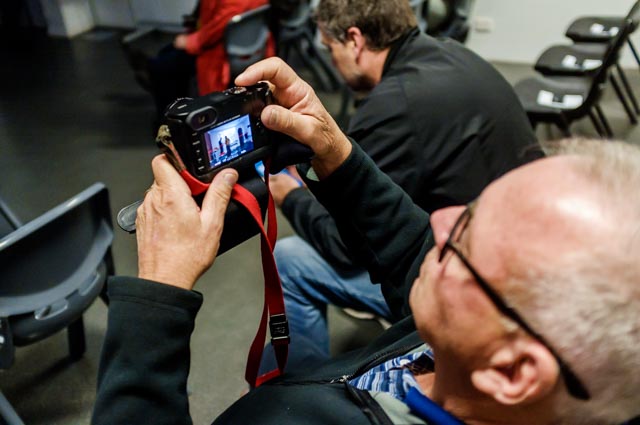 The Leica Q is all wide angle and all Leica. You can’t remove the lens but you can dial in three focal length outputs from it – with 28mm, 35mm, or 50mm field of view. All this utilising a full-frame sensor and the ability to pump out JPEG or DNG. As the lens – a Summilux – is f:1.4 and the ISO can range up to  50,000, the camera is not fazed by low light conditions. Nor, as was evident from the projected pictures, is it limited in its dynamic range. The AF is very fast, there is image stabilisation, and a 10 fps capture rate. Add on a magnesium body and a Leica build quality, and you have what may very well be the ideal close-range photojournalist’s camera.

It is the sort of camera that reminds you of Erich Salomon’s Ermanox of the 20’s. With the addition of the correct Leica app and a mobile phone the similarity in usage becomes even more striking. 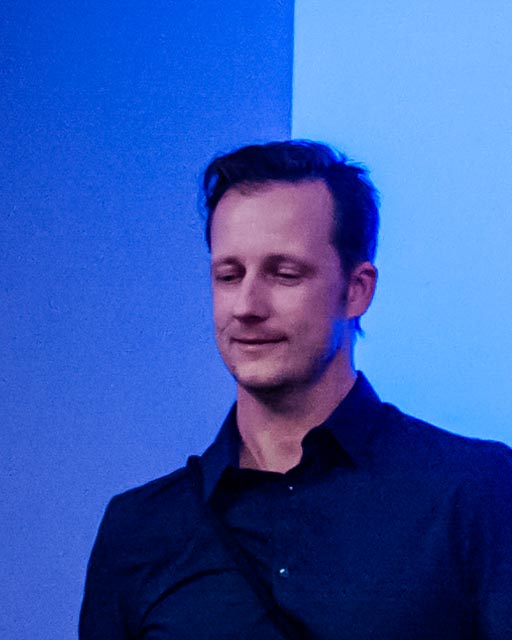 Attila trained, as many of us did, on film – in Budapest, at the Szellemkep Open Academy. As he mentioned, Budapest is a paradise for street and architecture photography…something that Perth may lack somewhat. But he is not daunted, walking the streets here with the Leica Q and finding beauty in Art Deco buildings that we sometimes take for granted. The projected and printed examples of this were spot-on perfect from edge to edge – a tribute to the Leica lens. 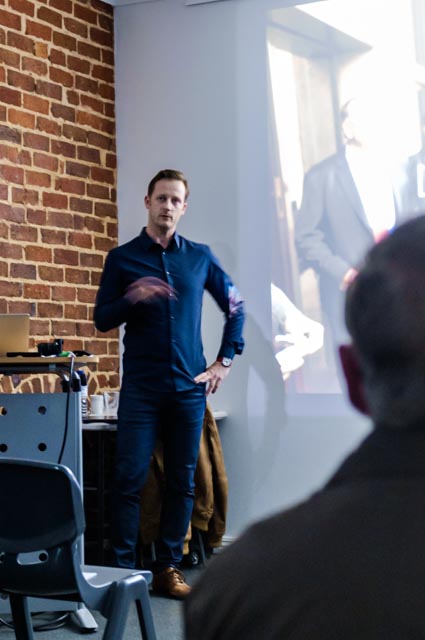 I don’t know if his daily routine is a long one, but it would appear from his photos that it includes contact with a number of the influential people in the state – and that when he gets his chance to capture their portraits for the paper he has only short windows of opportunity. This has probably trained him to get the telling shots early on in the session – frequently in the first few snaps. If the subjects have not had time to put on official or political expressions, he can actually see more of their personalities. This is a good hint for family and private shooting as well. 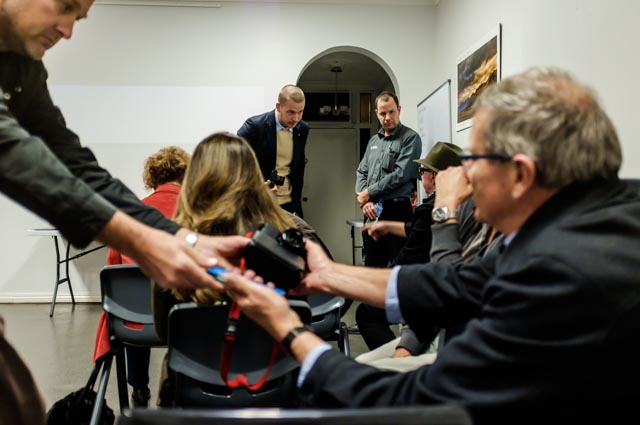 Well, when it came time to discuss the camera amongst the attendees, I noticed how companionable the Leica people seem to be. Q cameras were being passed from hand to hand and hints and tips on candid shooting using the mobile phone app were being openly traded. This need not be a nefarious thing – sometimes it is purely a comfort move when your camera needs to be out in the cold…but you don’t. 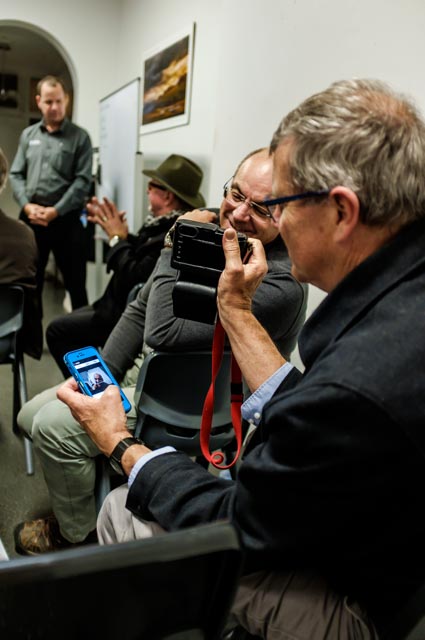 It’s still not possible to go to Bluff Knoll and make the camera actually climb up to the top in a freezing sleet storm by itself, but. You still have to be foolhardy yourself.

Apparently Attila gets some curious looks from other working pros and from the political and business figures that he photographs when he brings out the Q. Of course there are occasions when he uses a DSLR with a long lens to get the shot if he cannot approach the subject, but when he does indeed have a chance to get more of the environment around the portrait, the Q is by far the best answer. It may be that for many people who do not want to consider a bag full of accessories and lenses every time they travel.

Note that, while some purists frown, the Leica Q is fully connectible to flash systems. Indeed, the leaf shutter inside means that far more shutter synchronising speeds are usable than with the average DSLR or mirror-less camera. If you are not terrified of using a bright light, you need not be equally terrified of the dark. There is nothing lurking in the basement that you cannot frighten.

Here’s a chance for the people interested in good press and good archtectural photography to see the results that Attila has been getting. he has a website:

I took a different tack – I googled up the Business News Western Australia webpage and looked at some of the past issues that his pictures have illustrated. We saw some of them on the screen at Shoot but they repay careful study on your own computer screen. Fortunately the paper gives attribution so you can tell which ones are his. Well worth a read.