Did Goe Down To The Sea…With Nikon 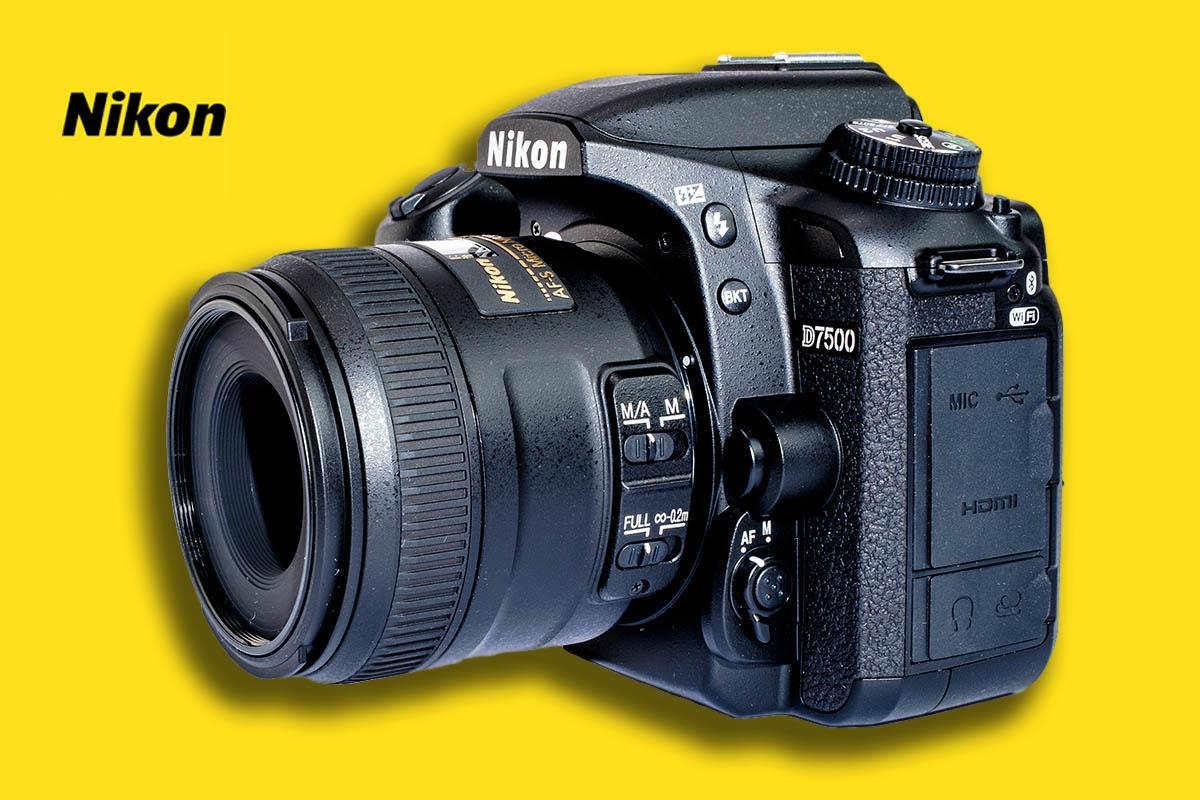 26 Jul Did Goe Down To The Sea…With Nikon

Did goe to the Maritime Museum laste night and was greatley amused.

It was the launch night for the Nikon D7500 – the enthusiast’s APS-C DSLR from Nikon. And as it was their 100th anniversary it was a very splendid occasion. They pulled out all the stops to make it a memorable occasion for the visitors. Contrary to what that old movie showed – it’s not bad in the museum at night… 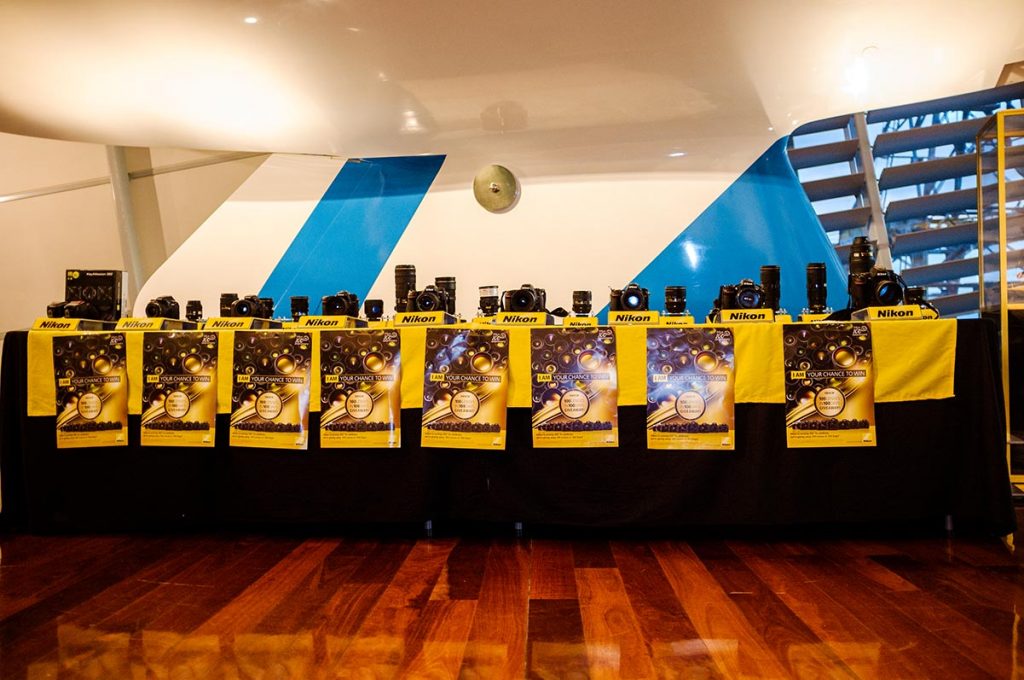 The venue is about as spectacular as you could get – and when the long product table full of Nikon lenses and cameras was spread out under the hull of the Australia II you got a real sense of history. Of course being next to the famous yacht kept you on an even keel…( groan…). Seeing the extended line of different DSLR rigs and lenses also tempted me to call it a smorglassbord but I won’t mention that in case people come hunting for me. 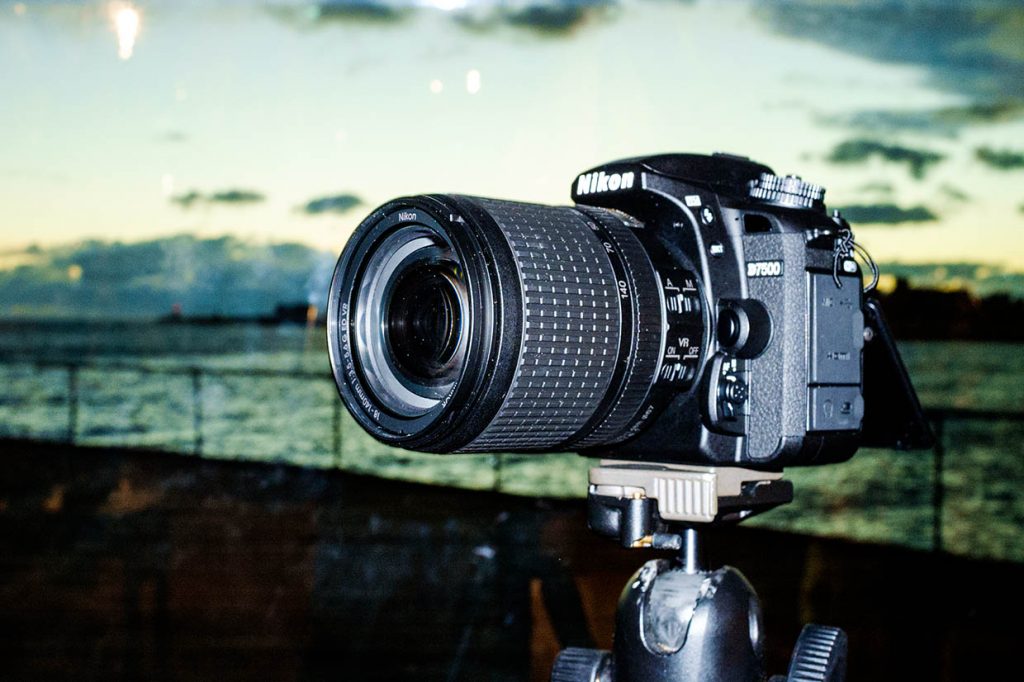 Before the visitors arrived there was a time to take a quick shot through the windows toward the harbour mouth. The camera is a handsome one, and shows the long development line of the 7000 series. Don’t be fooled with it sitting there on the heavy tripod – Kingsley Klau pointed out later in the evening that the Nikon system is one of the lightest full-featured ways to take wide-ranging lenses into the field – even beating some of the           mirror-less systems. People interested in maximizing their shooting capabilities with a lighter weight would do well to look at the 18-140 lens as well. It’s a focal length that really does suit APS-C sensors. 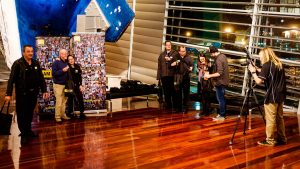 Well there were meeters and greeters and souvenir pictures to be taken. There were showbags and good drinks and delicious food – the Museum seems to be well set-up to cater for this sort of event. 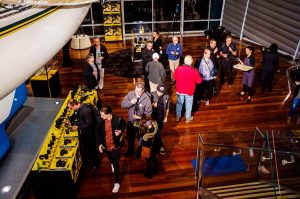 I hope the people who crowded around the Nikon product table got a chance to see everything…because there was a lot to see. It is surprising just how many camera bodies Nikon make. You are legally allowed to own one of each one of them… 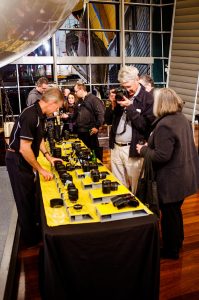 And it is interesting too, just how the spectacular nature of the decor there at Fremantle contributed to the fun of the evening. It would be hard not to be excited with the boats and models and engines all about – much better than trying to make an artistic presentation in the local Ag hall. Three cheers for the parking as well – it might cost but it is right at the door. 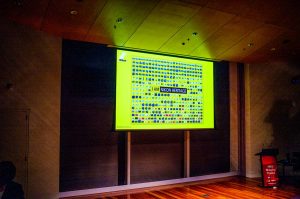 Any road, after the food and drink, it was time to troop into the main Museum theatre – sponsored by a shipping firm but firmly on dry land. 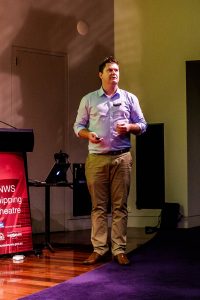 Michael Phillips, our WA Sales Manager for Nikon spoke about the 100 year anniversary and the new camera and then introduced Kingsley Klau. 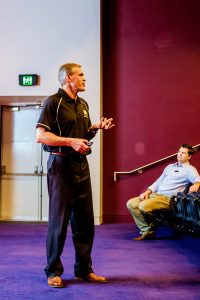 Kingsley had a chance to take one of the new bodies and some long lenses up to Kalbarri and environs to test it out. He was particularly impressed with the video capabilities and the dead-right every time nature of the autofocus on moving subjects. This would seem to be the ideal sports and wildlife camera if you are using a long lens. The pictures that were shown made you long to be out on a safari yourself.

Finally, before the guests went back for another last drink and chat under the boats, there was a teaser – a short video clip from Nikon about their forthcoming new full-frame DSLR. The D850. It looks like the bar is about to be raised again. 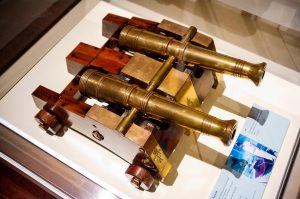 Note: No cannons were fired off on a Nikon night. Professional courtesy…