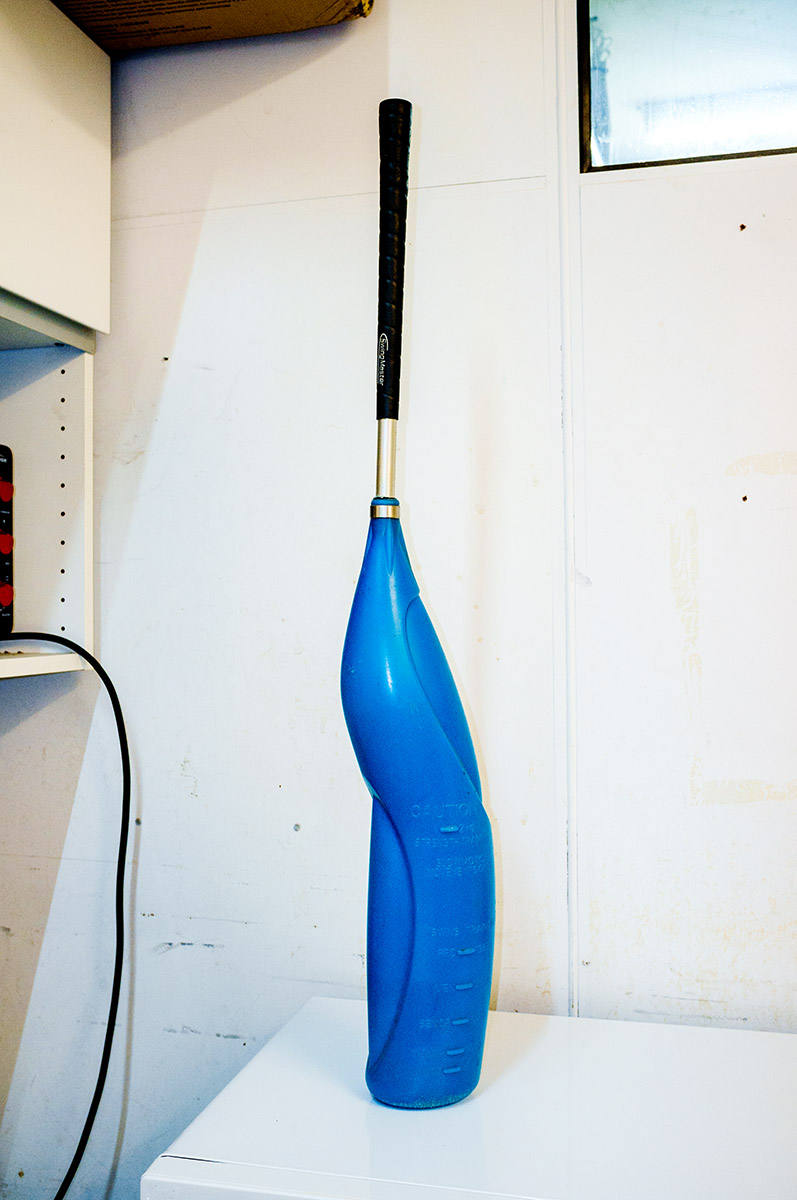 I always treasure my visits to the Camera Electronic store as I think that otherwise my week would be lacking in the bizarre. When I feel my supply running low I drive on in to either Stirling Street or Murray Street and top up again. 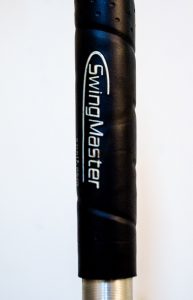 This time it was the Swing Master. Apparently, this thing that looks like a bleach bottle on a stick is intended to train golfers how to swing their clubs. They put water in the bottle to the level indicated – see the legend on the side – and then stand out on the lawn whizzing it about them as they would a golf driver. 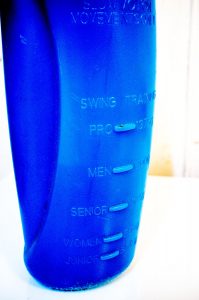 If they do the correct ritual the Swingmaster does not make a gurgling sound throughout the stroke. And presumably, it trains the muscles and mind to do the same thing with a real golf bat out on the field. Then the player can get their puck into the basket or whatever they are supposed to do with it. One can only hope that the Swing Master does not fly in two as they play with it…or that they do not whack the Jack Russell by mistake. Most ingenious device.

The same can be said for the cameras we use. Nearly every one of the better digital cameras is equipped with several forms of aid to tell the photographer when the thing is in focus. Dots appear in the viewfinder in some – others have squares or rectangles in the viewfinder that turn from white to red or green as the lens focuses.

But the most useful are the ones that also give an audible signal when all is ready to go. And in some cameras this signal – a peep or chirp – can be made louder or softer. For my Fujifilm cameras it is the final and most accurate indicator in the chain. Being older, I hear less, so I have it turned right up. People who are super sensitive can fade it away or turn it off, but they miss out on more shots that way. If they have not commanded the camera to always focus before firing – and only to fire when in focus – they may have a whole series of soft shots.

I would go further for the future – just as mobile phones have vibrating buzzers to let people know a call is coming in – even when the phone alarm is deliberately turned off – so cameras might feature a vibrationg panel at the back under your thimb to let you know that focus has been achieved. I’m not suggesting joke-buzzer intensity, but something to let you know that you got it.