A Day Out At The Asylum 07 Jun A Day Out At The Asylum

Well, it’s not an asylum any more – it’s a civic function centre. If it was an asylum a lot more people would have been there. 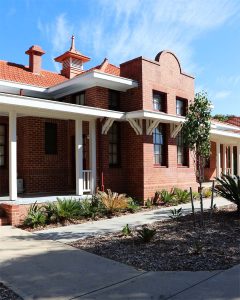 Heathcote has escaped the fate of being bulldozed and replaced with high-rise luxury apartments by being a strong part of WA heritage. But it lives next door to a lot of extremely expensive real estate that you are forbidden to drive by…so I guess we are lucky in that we can visit it for free. 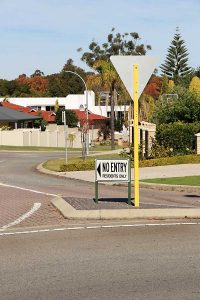 The Canon 80D and the 18-135 Canon lens are ideal for speculative tourist wanderings into unfamiliar territory. The wide focal length range means that you can do views as well as details. And I discovered that it can cope with architecture as well. 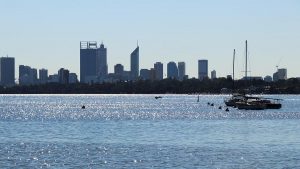 Mid-day sun is awkward for Perth – add a little burn-off haze and it either becomes art or a pain. The Canon algorithms seem to have rendered it well, with no poking on the computer afterwards. I can see that there are some places where foliage picks up a little CA but then I saw that on a similar Nikon lens as well. 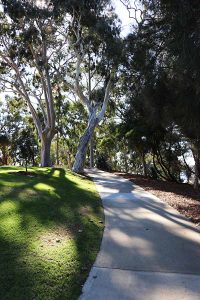 It was not fazed with the contrasts presented by the shadows under the trees – nor too blocked in the porch of the building. 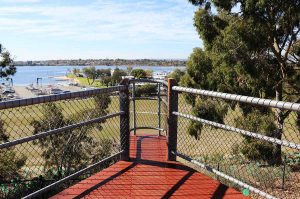 This is a complex wire observation structure…that seems to observe a boat yard. 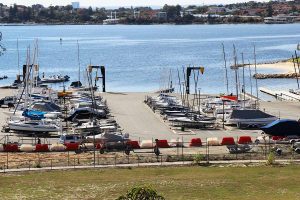 Perhaps it has a defence function against river-borne attack, though I should have thought defensiveness was one of the things that Heathcote tried to reduce in its visitors. In any case it is echoed around the other side with  a more rewarding scene. 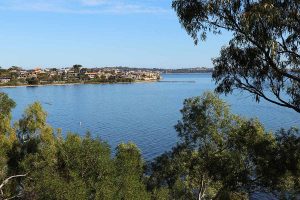 Still expensive real estate, but maybe in the bit we can see by the water they let people drive around…

Note: The tall building in the featured image is also not an asylum.