Fast and Slow – Far And Near 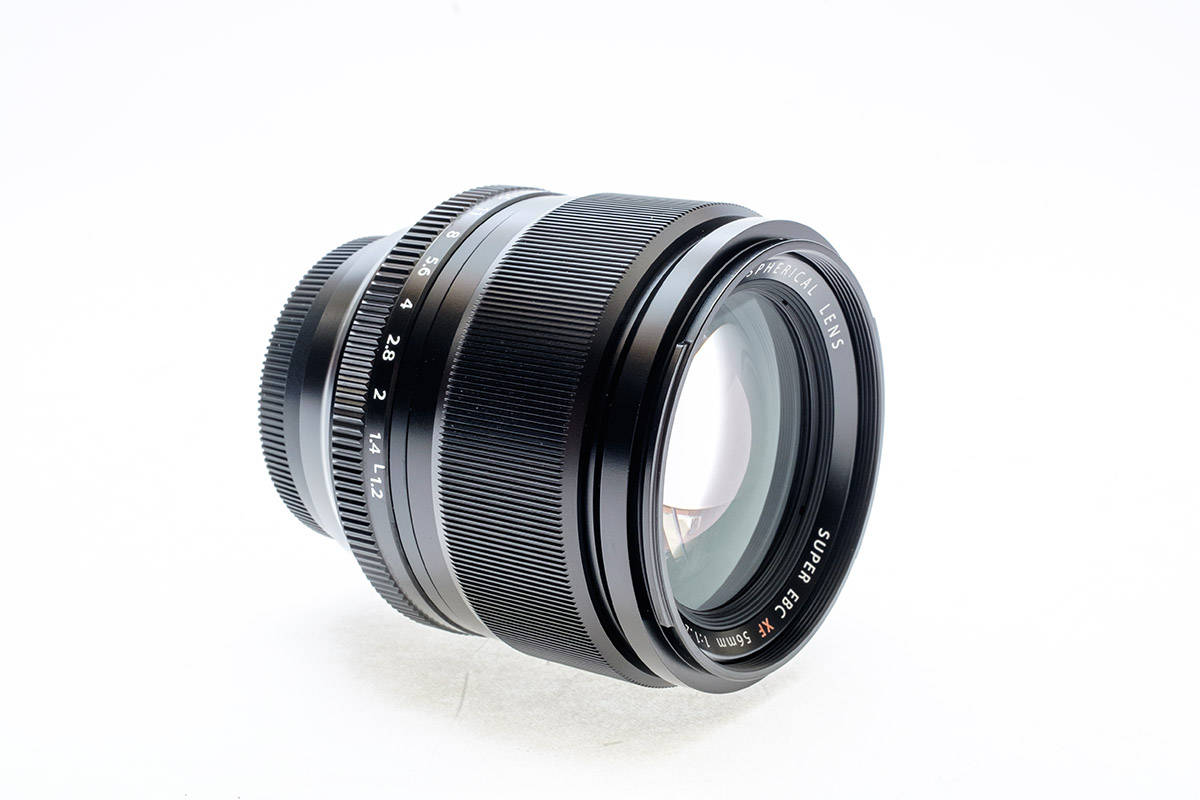 It’s not all about speed, as Mae West used to say. While you deal with the mental image of her in the white feathers – going slowly… I’ll arrange some photos for you.

The last couple of days have examined what happens when you press the “ Go “ button on three different Fujifilm lenses. Sometimes they went and sometimes they didn’t…But that is not the entire story when it comes to choosing which bit of glass to clap onto the front of the camera. There is more… 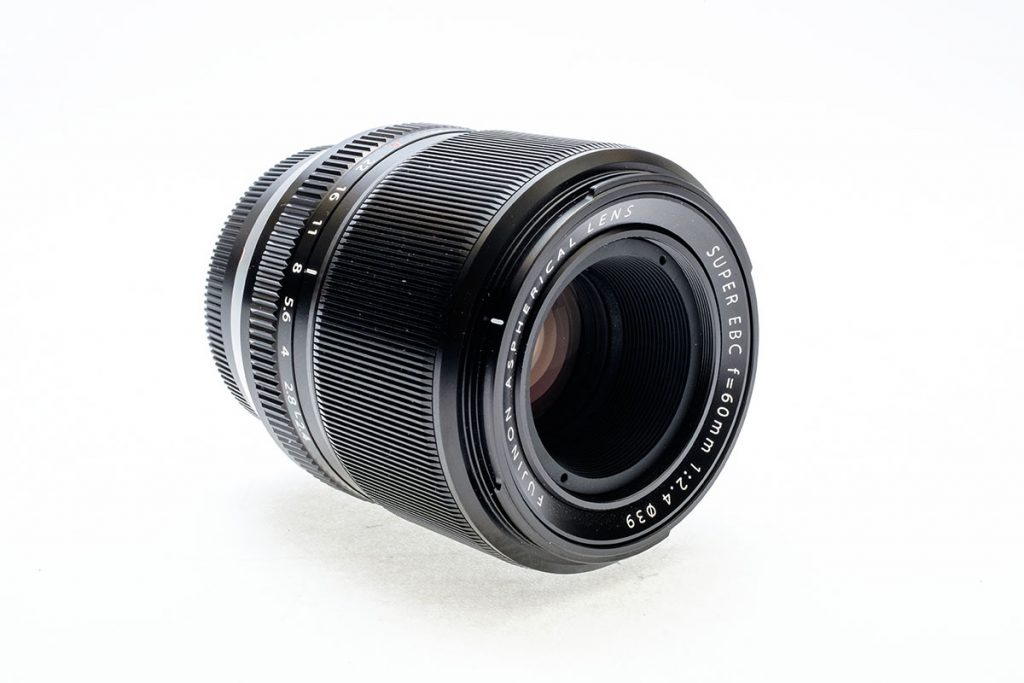 How close is close-up? How close is close enough? Put your finger on a tabletop and then onto the top of a hot stove and you’ll get two different answers. Here’s the results the Laboratory got with the M2 mount on the Patton tank . Both in focus, and both at the closest point that the lenses were able to resolve. Make your choice based upon how big you need the image to be: 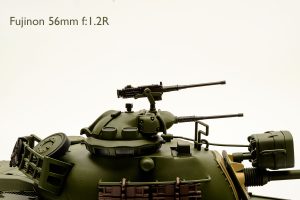 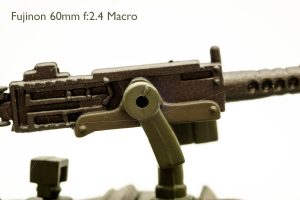 Again, How sharp is sharp? Is there a significant difference between a lens that is meant for close objects and one that isn’t? Here I am pleased to say that Fujifilm pack a lot of goodness into their general-purpose lenses. The rear wheel covers and chrome work on the Chevrolet render out pretty much the same whether there is a dedicated prime lens on the camera or a general-purpose zoom. 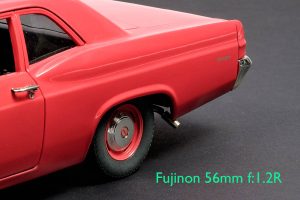 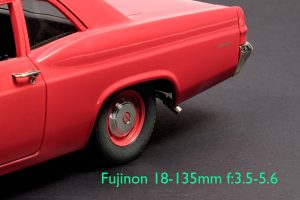 The level of barrel or pincushion distortion might well be greater with the zoom lens than the prime – we are told – but in the case of the people and Chevrolets there are never going to be straight lines anywhere…particularly if the Chevy was made near quitting time on Friday. Wedding and auto photographers can carry something that is going to be convenient rather than what is touted as distortion-free. 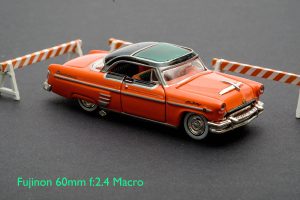 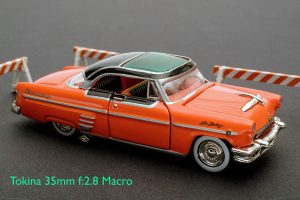 The users of close-up lenses who also worry about crumbs should also relax. I tried the 60mm against an old 35mm macro operating on an adapter and think that they are very much close enough. You might choose one because of a particular field of view, or you might choose the other because you already have it and do not want to spend any more money. There is the matter of distance between the camera and the subject, though, so if you are doing studies of the fangs on live taipan snakes you may want to opt for a 200mm macro rather than a 40mm one…

The final factor is size and weight. The 56mm f:1.2 is immensely larger and heavier than the 60mm f:2.4. Some people think it is more intimidating than the smaller lens. I might wonder what you are doing if intimidation is a factor in your photography…It does make a diffeence if ou are carrying it in your hand for hours on end.

Okay – that’s three paths up the optical mountain with Fujifilm. Choose which one you will follow, but be aware that they all have different characteristics. If you are in doubt about which serves your purpose exactly, play it smart and come into Camera Electronic to the Rental Department and see if they can send you our with your choice for a couple of days. Right or wrong for you – you can find it out at your own pace.