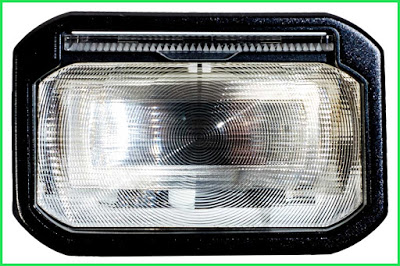 Those of you who know me as an old cynic may wonder where that character trait began…I can tell you frankly. I was a trusting and kindly soul until the day I took up flash photography – once I read my first advertisements for electronic flashes the world turned dark.

It was not always thus. I had been shooting flash bulbs up until the late 1960’s and they seemed to have a pretty predictable light output. The backs of the cardboard cartons containing M3, Press 25 or AG1 bulbs had charts that listed distances and apertures and the only thing you had to note was the size of the reflector in the flash gun. You fired them off and got what you expected – and occasionally you got a surprise as one went off in your parka pocket.

The first Honeywell, Braun, and Vivitar electronic flash lights all had exposure charts or calculating dials on their outer cases with guide numbers for the various films…and they were all inflated. You did well to open up anywhere from half to one-and-a-half stops from the chart. If the film you were using was rated in a similarly optimistic fashion ( Looking at you, Fujifilm…) you were better off setting a brush fire and photographing by the light of the dancing flames.

Have things improved? Is the new EF X-500 flash more powerful than the EF 42? Is it powerful enough? How does it stack up against a studio strobe unit measured in watt/seconds? Or joules?
And why do they all have different measurements when they talk about their flashes? Is it the old pea and shell game like the hifi industry advertisements during the Wattage Wars? 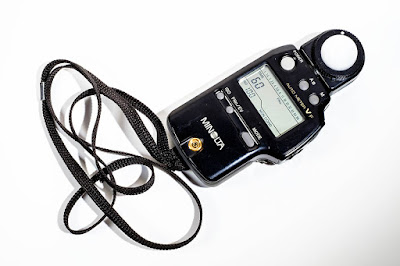 These questions should yield to science…and I am a graduate of the Suckitansee Technical School. I own studio flashes, several EF 42’s, and a bran-new EF X-500. I can also rustle up a Minolta Flash meter and a studio assistant at short notice.

The basic test rig was a dark section of the studio back yard – open ground so that the pattern of light from the various flash tubes was minimally affected by surface reflections. Of course there were different reflectors around the tubes – these are noted in the results. The flashes were fired directly downrange and the results noted on the Minolta – it was not affected by ambient light.
The neighbours were probably ropable at all the flashing, but after the lightning storms of a few weeks ago they should be used to it. I have done worse things in that back yard.

Here’s the digested results. The range was 10 metres, the ISO set on the Minolta at 200 ( basic sensitivity for an X-Trans sensor ) and we fired enough times in each division to get a consistent result.

The units of measurement are in metric gerbils ( MG ). As none of the other tech sources could agree a standard I made my own – they give as good a comparison as anything.

As you can see, there is not a great deal more power being ultimately pumped out of the EF X-500 compared to the EF 42, but it is coming out with a lot more options for control, and with a lot better recycling time. I would be willing to bet on a similar battery consumption for both.

The other interesting measurement concerns the mag Mod accessories. They are essentially for use in a reflective environment – where they do extremely well, I might add. Wasting their output in open air is pointless, apart from the slight broadening of the illuminated surface.

In summary, if you can do the job you envisage with an Elinchrom 250, you can do it with the EF X-500. If you need more grunt, you need the EL500 or modern equivalent.

And no, I did not dig out my box of flashbulbs with the Edison bases and fire one off. But I will one day, and we’ll see how many metric gerbils it puts out.

Grateful thanks to Igor, my faithful assistant, who coped with the humidity, darkness, and dodgy science.