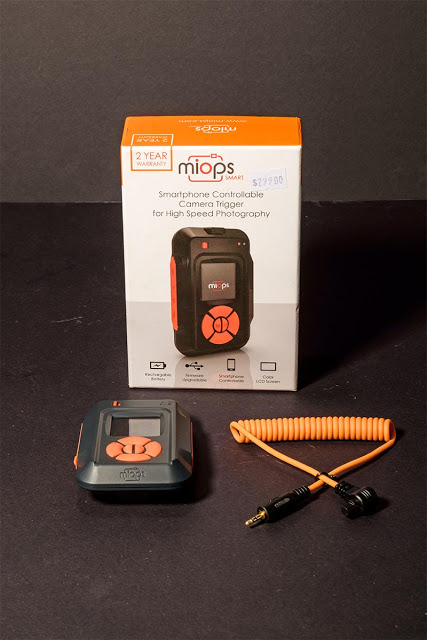 I have waited a decade for a straight line like that…you may also have been waiting a similar length of time for an easy way to make special effect shots with your digital camera. Well, the time has come – the MIOPS is here.

Over the last few years there has been increased interest in doing spectacular shots – capture of lightning as it strikes – lightbulbs and balloons shattering – time lapse sequences  – sound and motion activated photography – etc. Some of these images have always been possible – even in the film era –  but the amount of equipment and specialised knowledge to arrange them has been staggering.

As an example, most photographers have seen Dr. Harold Edgerton’s stoboscopic pictures and experiments with flash in history books. Or they have seen Muybridge’s studies of animal motion. The results are pedestrian now but were revolutionary at the time, and the amount of grear and mechanical setup that was needed to get them was far beyond what you could carry or afford.

Lightning shots have been done for over 100 years, but not reliably and not easily. You generally had to stand out in an open field while Ben Franklin got his kite in the air…Climbing to the top of the church steeple with a metal umbrella in the middle of a thunderstorm was also a possibility but generally it was the sort of thing you only did once…

And chasing pictures of elusive wild animals in the woods? Baits and blinds and trip wires and telephoto lenses and crawling around in a ghillie suit to change the glass plates…The only simple way to get wild animal shots was to sit in a tree during bear season and make a noise like a bucket of blueberries. 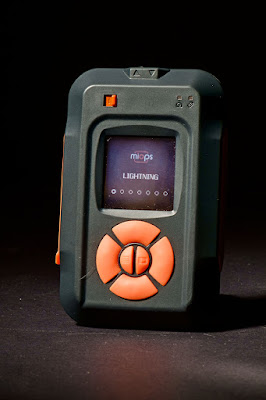 Okay. Now it is the 21st century and you have a digital camera with an electronic trigger port. Canon, Nikon, Sony, Pentax, Olympus, Fujifilm….whatever. If it has a socket for a cable release you are in business. You also need a mobile phone – iOS or Android – and a teenager* to show you how to get an app to work on it.

You also need the MIOPS controller. This little box contains the ability to do sound and light triggered exposures  ( There’s your lightning and pistol shots taken care of. ) and it will sit there and do the multiple shots over a very long period of time that the time-lapse photography requires. You don’t need to sit there and fire the camera every 5 seconds or so – you can go about your business while it does the monotonous task.

You can get it to respond to laser beams of light or to the sudden interuption of a light beam – here’s your chance to leave it in the woods for those wildlife shots without sitting up the tree. You can set up a light trigger beam to capture images of intruders. You’re only limited by your imagination and several inconvenient statutes… 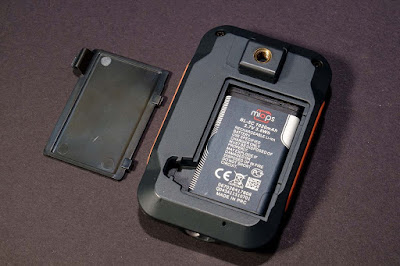 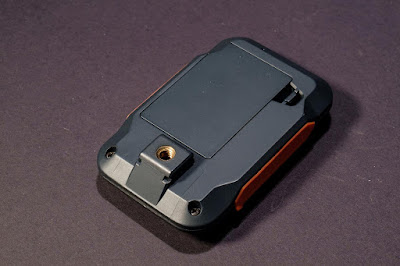 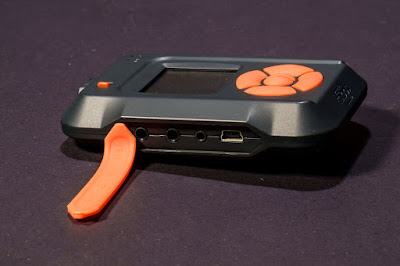 The MIOPS is powered by a good – sized lithium rechargable battery so that it can be on duty and responding for a long time. It is equipped with a shoe mount as well as a 1/4″ tripod screw socket so you can securely couple it to the camera. There are dedicated connection cords for a number of popular camera makes – the one you see in the illustration is for Canon. Bless them, they have made the cord as well as the controls and port covers in bright orange so that you can see them when you are out the back of Doodlakine at midnight on a astro-shoot and it is as black as the inside of a cat. Would that ALL manufacturers of cords, wires, and connectors for studio use followed the same lead.

As far as controlling the controller, that is where your mobile phone comes in. The days of complex codes and strange computer words are gone – Bluetooth couples the MIOPS to your phone and as soon as the teenager gets the app into the phone, you can use it.

Expensive? No. About 60% of what this sort of thing used to cost and about 600% easier to use. And in-store right now – no need to try to find something on the internet. Save your internet time for reading this column…

* Or you could get the Camera Electronic staff to show you how to do it. They are like teenagers but without the sarcasm and eye-rolling.