Sikorski Never Had It So Good – The New CE Drone Cabinet 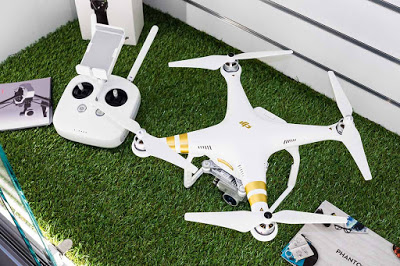 Look up. What’s that flying by? A bird? A plane? A man dressed in red and blue tights?

No, it’s a DJI drone with a camera mounted on it. Someone is making an epic movie and they’ve decided to incorporate aerial views as well as the ground-based ones. They’ve gone further than the old trick of mounting a camera on a long boom – or of hanging out off a nearby building’s roof. They’ve got the spectacle of the flying camera.

Well, so has Camera Electronic. We’ve had the gear in the Stirling Street shop all along and now we’re featuring a dedicated drone cabinet in our new Murray Street shop – please see enclosed pictures. 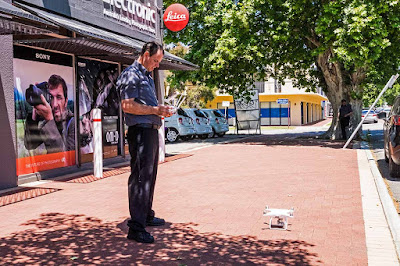 And there’s more – that’s our own staff member Ricky calibrating the GPS system on a drone out the front of the shop. Don’t panic – he’s not flying combat missions from 230 Stirling Street. He hasn’t attached the propellors or the ordnance to the machine in the picture. Yet. And you will be pleased to know that our Repairs Workshop is getting increased experience with drones as they come into commerical and artistic service in Western Australia. 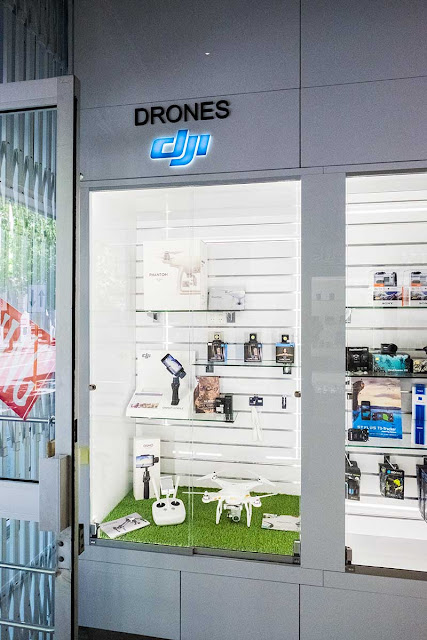 The new Murray Street Shop – that’s near the corner of Murray and Queen Street in the city – has the new cabinet. They’ve got extended trading hours that let you browse for new equipment later on Fridays, Saturdays, and Sundays. This might be a good time to take stock of your photography and see if a fresh viewpoint – from the air – would boost your sales and fun.

Remember that Shoot Photography Workshops right next door to the 230 Stirling Street shop also run periodic courses and workshops that deal with drone and aerial photography as well as other aspects of videography. Ring to Shoot and see if there is a new world of fun awaiting.