Get A Grip Week – Day Three – Fujifilm Boxes On 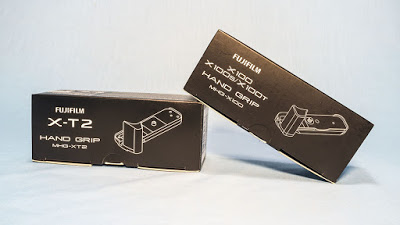 22 Sep Get A Grip Week – Day Three – Fujifilm Boxes On

Retro is as retro does – and if that isn’t as fatuous a statement as you are likely to read in a camera column…read on. It gets worse.

Fujifilm struck a real chord with the digital camera-buying public a few years ago when they brought out a retro camera. It’s not rude to say that – the Fujifilm X-100 series of cameras have been deliberately styled to look and feel like cameras from the film era. Those of us who used film cameras can relate pretty nearly instantly to them as far as ergonomics go.

We get to touch a shutter speed dial, an aperture ring, and a focusing ring. We get a mechanical shutter button – They’re even retro enough to take a mechanical cable release. We get an optical viewfinder, an electronic viewfinder, and an LCD live screen.

But we also get a pretty small and somewhat slippery camera body. I won’t say that it is likely to squirt out of your fingers like a buttered squid, but you need to have your digits in the right place to operate it. If they are big sausage fingers you can be fighting for space. Enter the X-100 series grip: 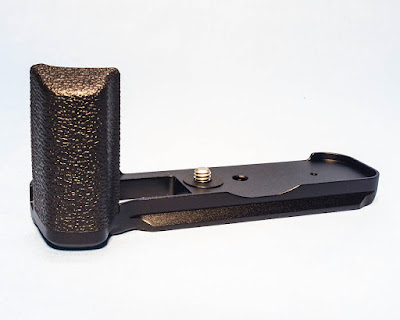 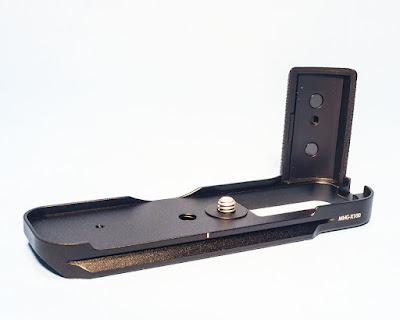 It’s a chunky monkey all right, with enough hand grip to allow to to pretty well let go of the camera with the left hand for good. The camera has got a fixed lens that is very compact. Even with an additional lens hood or filter holder, it is never going to overpower your right wrist like a long zoom would. If you are the sort of shooter who favours a wrist strap instead of a neck strap, this is the ideal way to secure the camera.
Note that it is cut out for card/battery replacement without being disturbed, and the bottom of the grip incorporates an Arca-Swiss rail fitting.
Now suppose you have decided to get the newest of the Fujifilm cameras – the X-T2. Can you be accommodated? You can: 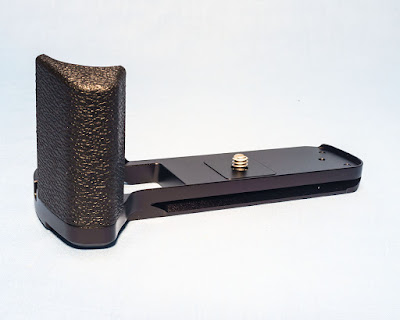 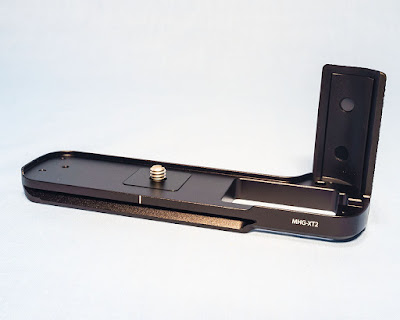 Here the emphasis is on practicality rather than just accessorising for the sake of spending money in a camera shop (not that we discourage this…). The 18-135, 55-200, and 50-140 lenses are all substantial devices – they contain a great deal of heavy glass. They can twist a camera out of your right hand very easily, and it is awkward. This grip strengthens your chances. I also noted that the 1/4″ screw was captive on a C-clip, though the battery door is accessible and the X-T2 has the card door on the side of the body anyway.
Please note that there are grips for the X-T1 and the X-E1 and 2 series as well.
See the Fujifilm MHG-XT2 Metal Hand Grip on our online store here.