Get A Grip Week – Day One – The Murky Past 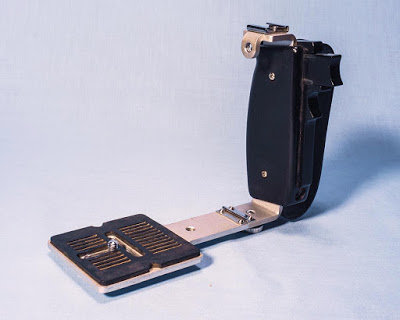 This is the week when you get a firm grasp of getting a firm grip – when you go from the ridiculous to the sublime and then back again.

We promise ridiculous, and the heading image might suggest it, but if you were shooting a medium format TLR camera 20 years ago, you would have a different opinion. Because TLR cameras were made to be particularly hard to operate…and that was deliberate.

Think I’m joking? Pick up a Rolleiflex and hold it in your left hand. See how your finger falls on the shutter button? And your right hand holds the film winding handle? All good? Now focus the camera…

You might just get away with a Minolta Autocord or Flexaret with the focusing lever under the lens stage, but you’re still going to be juggling things and I’ll bet you’ll eventually drop it in the mud… 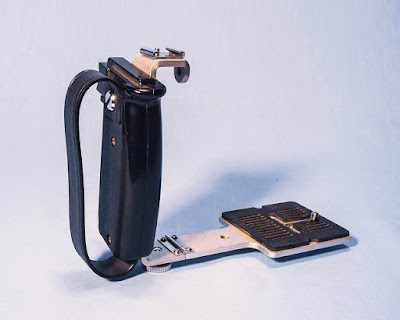 Now try attaching it the camera to this ( no-name ) grip from the 70’s. The big base takes the square base of the camera. The big hand grip lets you hold it firmly and the hand strap firther re-inforces the steadiness. There’s a flash shoe – admittedly plain but then the flashes of those days used PC synch cords. Unfortunately the cable release that feeds out from the bottom of the grip is missing but that was the ideal way to trigger the camera – from a mechanical trigger under your finger. Focus, wind with one hand, shoot with the other. Then take your films to the chemist and wait a fortnight…

Oh, and look at how neatly the thing folds into itself for storage in the big leather camera case -the one with the paisley strap. 1970 was good. 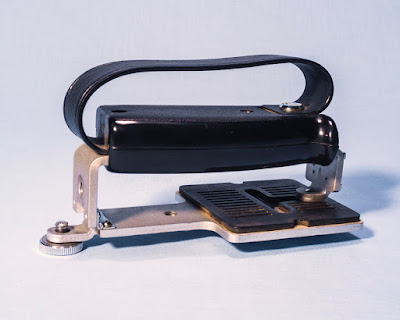 Okay, joking aside, this grip is well thought-out. Like the Hasselblad grips of the same period – and the equally smart right-handed Bronica winding handles – it balances the camera function wisely between two hands and lets the shooter function far better than with a bare camera. And that is what the digital grips you’ll see later in the week do for modern times.

Side note: The Rollei TLRs only made ergonomic sense when you did as Mr. Franke, the owner of the Franke and Heidecke company, did. He suspended the TLR from a neck strap off substantial lugs on the side of the camera, held it out in front of himself with his stomach, and then had both hands free to twiddle the focus and winding controls.