The Shadow Of Things To Come

17 Aug The Shadow Of Things To Come

Sounds like a takeoff on an Alexander Korda pre-war movie, doesn’t it? And if you’ve no idea what I am talking about you can google Things To Come. It is worth watching on Netflix. 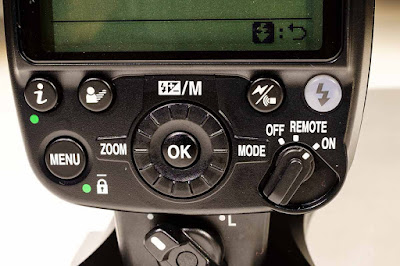 This weblog column is brought to you by the second button from he left on the are Nikon SB5000 – a
button I never saw before on a Nikon speed light. It’s the one that looks like a a little human figure with a shadow tapering off behind it. It’s one of the final reasons to use this speed light in place of a studio strobe light.

Don’t get me wrong – a studio strobe light is a wonderful thing. I know, I own five of them and they mostly do what I mostly want most of the time. They have the distinct advantage of taking big light modifiers and pumping out lots of light. Speed lights, on the other hand, largely don’t, and have the further disadvantage in not letting us see what they are going to do before they do it. Studio strobes all have modelling lamps screwed into the reflector area and you can play with the light up and down as if it were a hosepipe. You may not get what you see exactly but you can get mighty close.

The disadvantage of the studio strobe is that it needs the 240vAC power line all the time. 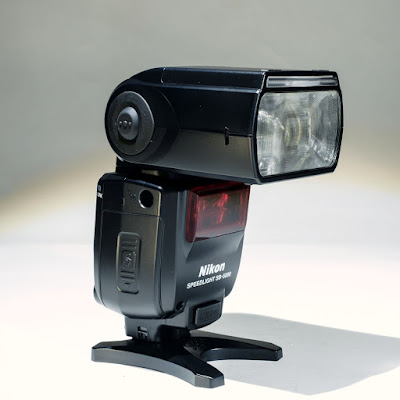 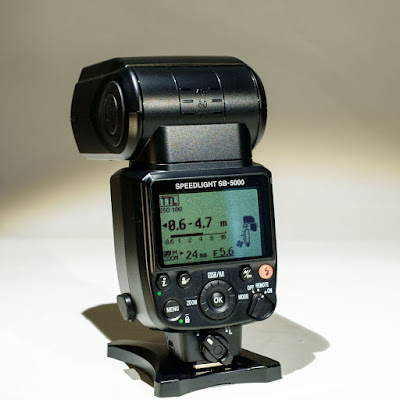 Well, now you can have a powerful GN of 34…similar to the SB 700…various TTL and slave or commander modes, advanced wireless shooting AND a modelling light.

It is not intended to stay on forever – you trigger it with that second button and it sends out a pulsed strolling light from the tube. You can see the effect of the light on your subject in a sort of a blue-white light. It is not subtle – it’s a blast – but it is particularly good for visualising where the shadow you create will go. 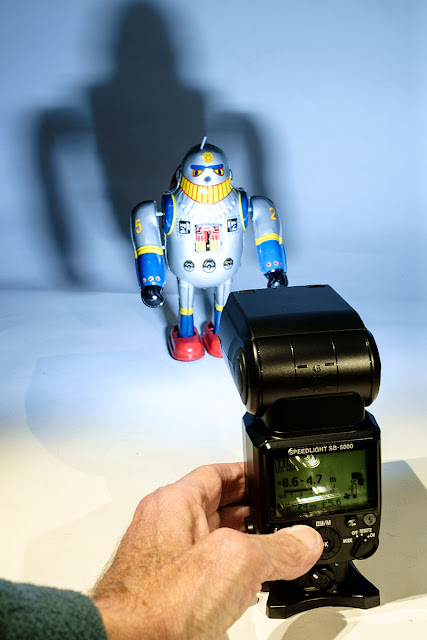 Sometimes, as in the case of ROBOR, the shadow is as important as the subject.

Yes, it will use up battery power. Yes, it will get a squawk of protest from the delicate and camera shy. But it may save you from making a monster out of a Mother-in-law…