The Bag Of The Revolving Door 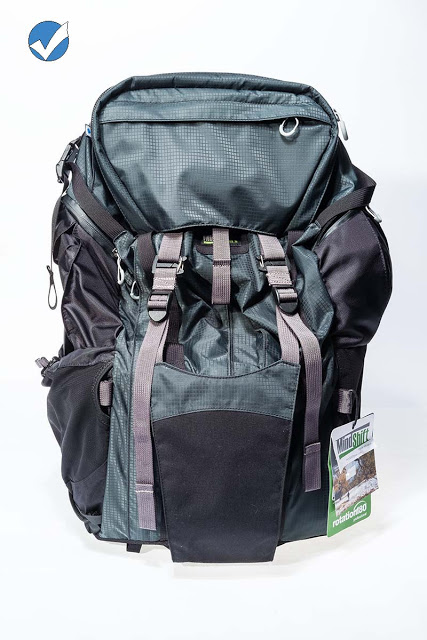 12 Aug The Bag Of The Revolving Door

Oh, ya gotta come in and try this one. You’ll either take your pants off in the store inadvertently or you’ll think it is the greatest thing since sliced bread. This is the most ingenious backpack I’ve seen in a long time.

There have been camera packs of various sorts before that used the idea of something revolving – whether it was a separate belt that whizzed around the user’s waist or a compartment inside the main pack that went round like the cylinder of a .44 Army Colt. The firmer gave the wearer a chance to keep their main goods up on their back while accessing the camera gear round the front – the latter just delivered lenses out a side flap. Whether they were delivered into your hand or onto the ground depended upon whether you were fast and dextrous… 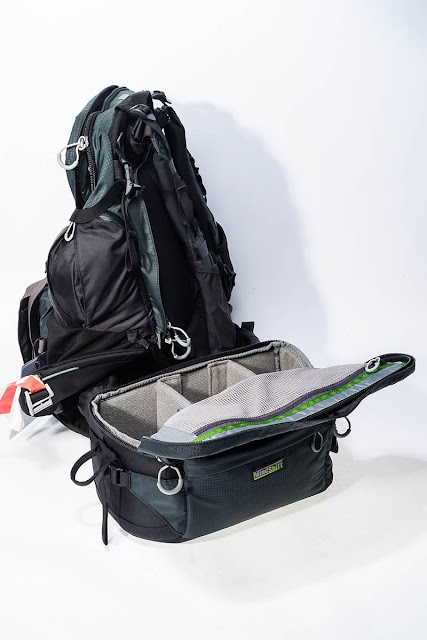 Well, the Rotation 180 in Professional Green* by Mind Shift is one of the first-named designs. Basically it is a waist pack tethered indies a back pack – moving independently from being housed under the back pack or out at your front. 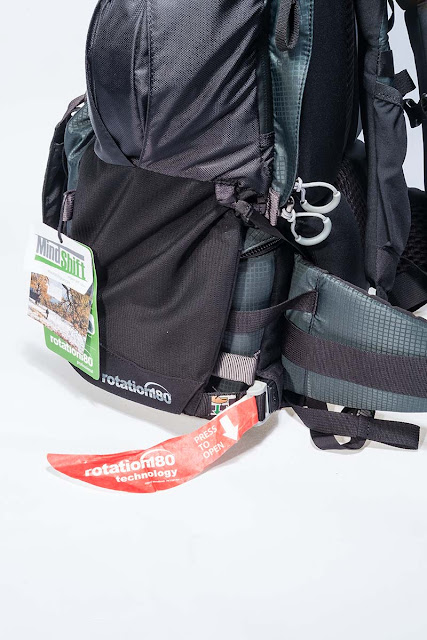 The release mechanism is on the right side – a plastic tab you push down. The flap it releases is spring-loaded to fly upwards and free the waist pack. The VERY clever part of the design is the incorporation of a strong woven nylon loop handle to grab just as the pack comes free – you use this to swivel it around to the front. When it is time to re-house it, there is a corresponding loop on the other side to tug it back into the special compartment. It’s like pulling a goods wagon into a siding. The securing latch is magnetic so you can recover it all without looking at it.

Complex but simple. And if you have lots of gear to carry the bag at the front is an easy way of securing the lenses as you change them. 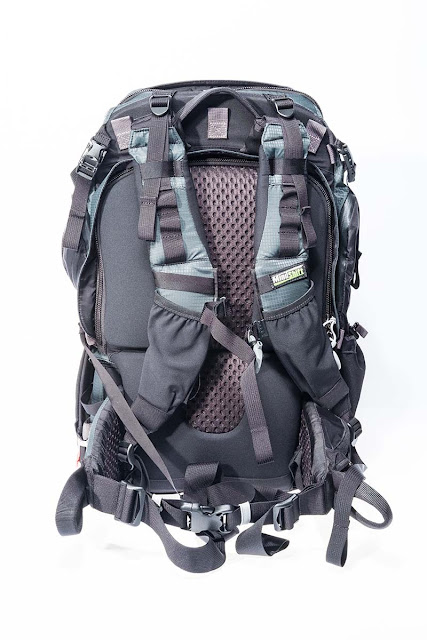 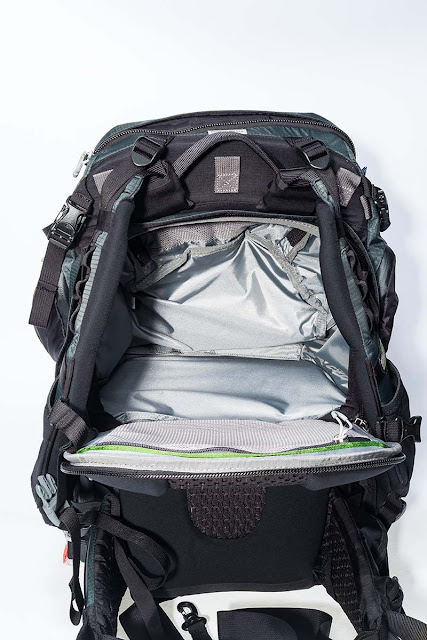 There is a zipped opening to the main compartment from the wearer’s side – one of those South American you’ll-only-get-my-sandwiches-over-my-dead-body security designs…but it is defeated by a simple zipped opening from the upper back. There is a dynamic there that puzzles me. At least there are ample other pockets and straps to hang things from – no-one should feel unencumbered.

As with all these adventure’s designs, there is a waterproof rain cover you can deploy as it rains.

A well-made pack with a specific appeal.

Other makers have bags in Professional Pink but it is a different, older profession…