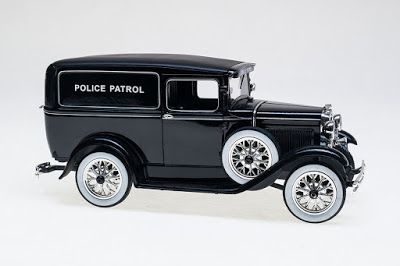 A recent column that dealt with stolen cameras seems to have garnered a great deal of interest – so I’ve decided to add some thoughts on the matter of further security for photography.

The original column mentioned stolen cameras and suggested increased security measures for equipment inside cars. Now it is the turn for the same security inside the home.

A. Equipment safety. You may have anywhere from $ 400 to $ 40,000 invested in cameras and lenses. If you put them into camera bags and cases and then put those cases inside the wardrobe your security level is that of the MDF board on that wardrobe. About 3mm of pressed wood pulp. Perfectly adequate to protect your 1980 safari suit against moths but no help if a burglar with a habit breaks in and looks for saleable items.

Look up locksmiths and safes. If you have space in your home for the wardrobe, you have room in the wardrobe for a safe or storage cabinet. It doesn’t need to be Fort Knox – it just needs to deter the casual criminal. I’ve got one that bolts onto the floor and the wall and has two mutually exclusive locks on the face. It would require far more time and trouble than the average home breaker cares to expend to breach…and this means that the cameras and lenses inside are safe enough.

B. Image safety. My digital images are safe enough as well on a Drobo multiple drive unit – the shop sells them and they are a good technical answer to the failing hard drive. The drives in the Drobo will fail, granted, but never at the same time and always with enough time to save the data. The Drobo also lives in a steel box – vented to let heat dissipate – but again secure enough to stop casual theft. The computer is Kensington-locked to a massive steel shelving system. Cheap, cheerful, awkward, and effective.

C. Computer safety. I’m fine. Every week people with Scandinavian names ring me up from Microsoft in India to tell me that I need to perform safety procedures on the desktop computer. I just press the buttons they say to press and then tell them my password. It all seems so civilised.

D. Photographer safety. Manfrotto make a fabulous monopod. Metal or carbon fibre, it has metal leg locks and a metal head. If you add a Manfrotto 234 metal tilt top it is about the size and weight of an Anglo-Saxon war mace. The thing to do is not try to use it with a downward cut as this requires you to rear back an hold it over your head prior to striking. Hold it with both hands and hit up or sideways like a baseball bat. It is also very useful for holding cameras steady in low light.

E. Moral safety. If you are at all unsure whether taking a photo might be sinful, tasteless, or harmful, it will be, and you can proceed accordingly – your conscience as your guide. Be prepared to accept the consequences later.

F. Financial safety. Never walk into a camera store with a bag of $20 notes and nothing to do for an hour. The staff know plenty to do.