Beware Of The Photo Booth Man! 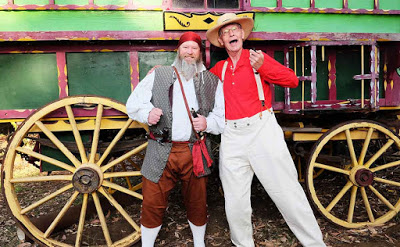 One of the greatest ideas I never had was the photo booth. They have proved to be profitable business for photographers as their own venture or in combination with other coverage – weddings and parties are a prime target for this sort of activity.

To make it work the photographer has to have a camera system that will operate repeatedly without failure and make sharp and colourful files for the clients. Whether these files are to be printed out or collected and transferred to disc or drive media is up to the organisers but it’s generally true to say that the output shots do not need to be fine art – though some of them may end up as that.

If you’re going to print things out on the occasion and supply them to the subjects straight away, there are especial printers and computer programs that can put a fast set of images together and run them out in seconds. It’s not really the job for the average inkjet printer, either in terms of time or costs – there can be little profit in it if ink and paper eat up the charges.

That’s commerce, and people who do it commercially do it with good business sense. When I do it the output is fun, not money. And a small booth set-up can deliver that for the cost of nothing more than some battery power. Battery power and a radio trigger.

I chose the Hahnel product called Captur for my camera system. The blessing of Captur is that it runs on plain old AA batteries. This is a good point when the apparatus might be set up and shooting for 3 hours or more. You don’t want to be using up premium batteries.

The other blessing is the fact that you can get versions that connect into a vast number of cameras. I use the Fujifilm system but you can get the Captur radio triggers that will fire Nikon, Canon, Pentax, Olympus and lots of other stuff. You just need to see that your camera has a few extra batteries as well and you are good to go.

I set my Fujifilm X-E2 up with an 18mm Fujinon lens and clamp it to the side of a light stand. Further up the pole is a Fujifilm EF42 flash firing into an umbrella – it is pure strobist stuff with the umbrella providing big soft light out to the subjects. If I wanted to I could even eschew the umbrella mount and use the flash directly on the hot shoe to break up the light with a Gary Fong diffuser. The main thing is to disable the camera’s “Auto-off ” setting in the menu so that it can stay on for long periods.

Well, the subjects pose like maniacs, press the transmitter button, the camera focuses on them, and the flash fires – it’s just that simple. The TTL mechanism in modern flashes means you get a consistent exposure of the subject even if they are at slightly different distances and there is more than enough memory in a 16 Gb card to deal with any party.

If you can rig up a mirror to let people see what they look like they’ll get even sillier, but expect a few naff poses once the drink sets in. You can edit them out or save them for blackmail later. Try not to put anything in writing…