Eyeing The Fish On Dry Land 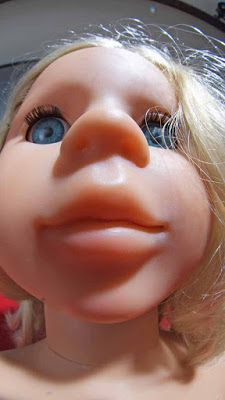 There have been a number of photographic equipment manufacturers in the past who have made what are termed “fisheye” lenses. I can recall seeing examples from Olympus, Nikon, Canon, Tokina, and Rokinon in my time at the shop. Doubtless there have many others – even down to Saga or Spiratone who made a fisheye adapter that we all bought in the 35mm era.

Did I include Sigma in that list? I should have, because they have made a number of these…and this week we have one to play with in the studio. 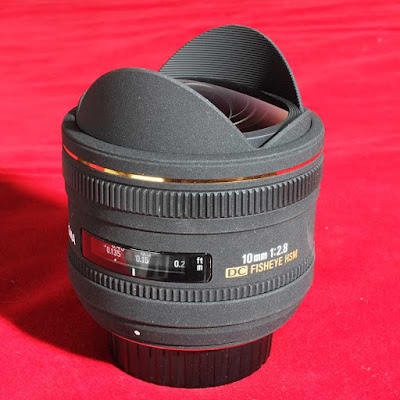 It is a 10mm f:2.8 DC version that is intended for use on an APS-C sized Nikon. I’m testing it by means of a Kindai adapter and a Fujifilm X-E2 camera. This is not as cumbersome as you might think – the adapter has an aperture control ring that allows you to make exposure changes on Nikon G lenses. It is not marked with conventional stops…it has 0 to 7 on the control ring but you quickly learn to count down from whatever the maximum aperture is and anyway a check of the LCD screen shows you whether you are on the right track. Fortunately the Fujifilm X-E2 has a provision in its control menu that lets you see clearly through the finder or on the screen even if you are stopping down. You can watch the DOF advancing as the numbers climb.

So, what do you use a fisheye lens for, anyway? I have no blessed idea. I never did know, even when I had the Spiratone fisheye lens screwed on the front of a Pentax 55mm Super-Takumar. I did the obligatory big-nose picture of a friend and made the headlight assembly of my old Renault 10 loom out of the picture – like I had seen in the photo magazines of the time – and then ran out of ideas. Doubtless if I had had occasion and permission to shoot straight upwards inside the Dome of St. Peter’s in Rome or St. Paul’s the view of the lens would have been invaluable. 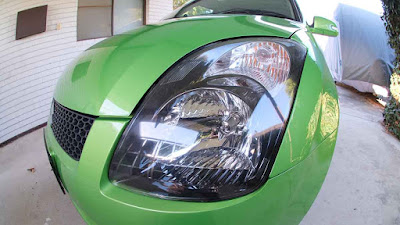 Likewise I can see it as a novel establishing shot for any other imposing environment – church, cathedral, cavern, missile silo, etc should the opportunity present itself. Or produce and image that is hip, funky, swinging, or whatever the buzz word would laud, in other circumstances. A bold advertising photographer might record a product photo using one, but would have to be fast on the feet to sell it to the art director and the client – generally they tend to favour undistorted views of their sales items. 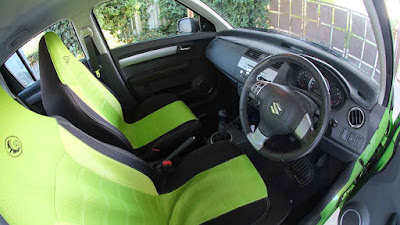 Landscape? Well, yes, but you do get to a point where the wide but distorted view becomes repetitive. Likewise use during sporting events or crowd affairs. Once seen, a fisheye picture impresses itself on the memory in such a way that it is really unnecessary to do again.

But that impression can be as essential to making a visual point as a punctuation mark can be to a written description. It is not the period, nor comma of visual punctuation – it is the exclamation mark! In some cases it is several of these!! AND THE NEXT SENTENCE IN CAPITALS!!!!

You can’t write a letter or email like that all the time, but you can wake up the reader occasionally with something unexpected. That’s the fisheye lens.

Note: Apparently it is possible to use these lenses to construct virtual reality images but the computer has to do a great deal of electronic heavy lifting in some cases to cope with the distortion evident at the edges of the images. Be warned.