Turn The Saturation Up To 11 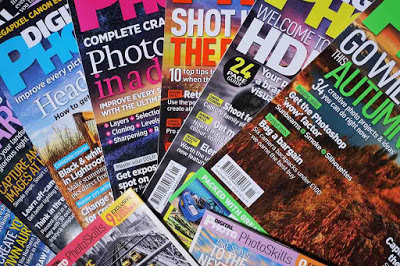 Impelled by a sense of curiosity, I grabbed a half a dozen or so sample magazines that had been dumped on the lunch table at Camera Electronic and took them home. There were two free sample DVDs included with them so I got to play them as well.

It is a delicate matter for one writer to write about the writings of another writer. It can take on the flavour of undiscriminating fandom…or bitchy jealousy. I tried to look at the mags with an open eye.

It was an eye that watered. Not because of bad journalism or ugly photography – indeed most of the images printed in these magazines were really well done.The main problem was the overpowering intensity of the colour. The saturation, vibrancy, and detail were slid  way over to the right…and that was just in the advertisements. The actual editorial stuff was vibrating sideways off the page. It’s hard to do that with a shot of a shingle beach in Yorkshire, but they managed to do it…

Okay. This is in contrast to the Australian Would-Be Professional Photographers Magazine Printed In Singapore. The AWBPPMPIS, as it is known in the trade, has an editorial policy – indeed it has an automatic program – that desaturates every image shown. This is to give an extra sense of drama, professionalism, and retro hip, and to save on the more expensive printing inks. These can be kept in reserve for the advertisements. It’s a necessary economy these days. Fortunately web-based publication can still give full rein to the entire sRGB spectrum and the advertisers count on you having the screen set to laser-intensity anyway.

I did enjoy the DVDs – they were bright, simple, and gave a useful bit of information in each section. The fact that the information was aimed at the dumb end of the market is neither here nor there – that is my neighbourhood. Besides, even if you found that they were telling you something that you should have known but didn’t, the fact that you could view it unbeknownst to your professional rivals means that you never need to admit to ignorance. Like voting in a federal election – as you are all alone there in the cardboard booth no-one need to know that that you endorse the local wacko party candidate.

Are they as good as the dear old publications of the analog era? Are they, as British magazines, as good as their American or Australia rivals? Yes and no. If they seem heavy on trick photography and computer manipulation, take comfort that you can emulate what they do with the images without the need for plumbing or organic solvent developers. You might fall prey to the occasional blue screen but you won’t break out in eczema while doing it.

But they are a signpost to another thought about photographic knowledge – and we’ll explore that in the next post.