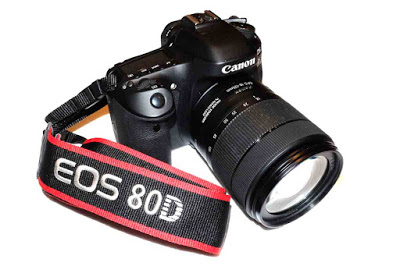 I knew I had the quote I wanted when Steven Scourfield, the Travel Editor of the West Australian newspaper, addressed us at the Northbridge Hotel last night. It was upon the occasion of the launch of the new Canon EOS 80D camera and 18-135mm lens. 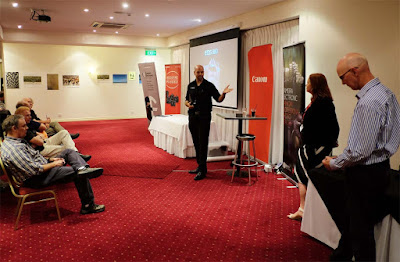 Steven gave us samples of his travel photos and told us something of his methodology before showing the results of a trip he took with the new Canon camera. He pointed out that we all come back from our photo excursions with more than enough material but we need to sit down and work at it – work at critically looking to our own images and weeding them down to the final best few.

He confessed to being a person who never throws anything away – at least in the digital world – and who is sensible enough to back up all his files on SEVERAL devices in SEVERAL premises – thus ensuring that even the most poignant disaster will not remove all his work. I do hope the audience decided to listen – I know I regard my own Drobo external storage device as vital to security. 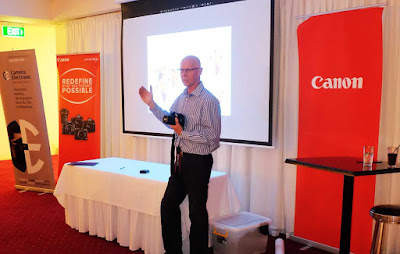 Well, anyway, Steven was also able to make the point that he was a writer before he was a photographer and a photographer before he was a writer…or in other words he knows the value of the parallel forms of presentation when it comes to telling and selling a story. He told aspiring travel photographers to write down what they had done and seen as well as pressing that shutter button. I can concur with this – even if the notes in the travel diary are never going to be the great Australian Novel, they help to make any images concrete and accurate and fix them in the photographer’s mind. and if anyone demands a caption you can supply accurate details.

But that’s not what you came to this column to read – nor what I went to the Northbridge to see – we all want to know about the new Canon EOS 80D. 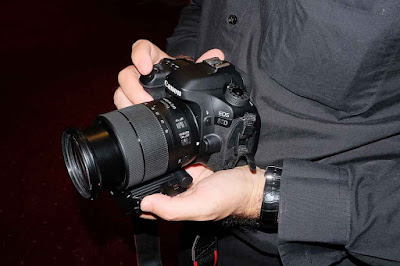 Well, if you have seen an EOS 50D, 60D, or 70D you know roughly what it looks like. Canon found an ergonomically pleasing design and thankfully have stuck to it. The camera has a heft, for sure, but it is not excessive, and is perfectly shaped for the average western hand. It’s got the standard swivel screen, top plate LCD screen, and perfectly normal control location.

Inside it has new AF points – a lot more and a lot more selectable. You can command the AF system to pick out things intruding in the frame or ignore them – just like the AF system in the Canon EOS 1DX Mk II. You can find all the helper programs and alternative filter settings now on an external dial – no more menu searches. You can shoot at 7FPS. You can shoot AF where you select your subject on a touch screen and let the camera have its head…vaguely disturbing but very sophisticated.

You can film video with all sorts of new settings – the one that stood out for me was HDR. The camera shoots 60 frame per second of whatever subject is out there but does it in two batches at the same time; one exposed for highlights and one for shadows. Then it blends them into each other electronically and lets you have the result back as 30 frames per second video. If that’s not magic I’m David Copperfield… 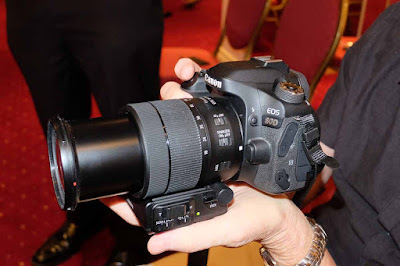 The new lens that is due with it – an 18-135 version – has a smoother and faster motor for focusing. And it has a secret connection panel at the bottom of the lens. It mates with a new zoom control box that allows for extremely smooth zoom action as well as the inherent focusing. You can set it for fast or slow zoom and it operates silently and with no jerky motion. All of a sudden the amateur look of your videos disappears and the Hollywood shots start to appear. It wasn’t for sale yet but it is coming. And even more intriguing was the news that more new Canon lenses will have a similar connectivity. Expect better movies!

Altogether an impressive package from Canon. Mr. Scourfield got to use the test camera on a trip up north and it coped with the harsh conditions and lighting like a champion. For anyone wishing to shoot the APS-C size of sensor on a DSLR, I think this new Canon is at the pinnacle of attraction right now. 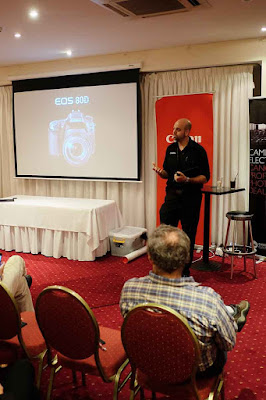 Good news for Camera Electronic customers – you can pre-order the camera and lens now on-line or in-store.

Note: Steven is shortly to take 20 photo travellers to Antarctica. And he may bring some of them back…