A Picnic In The Country 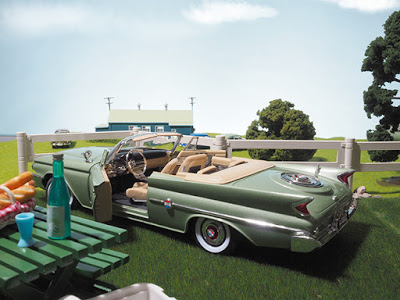 11 Mar A Picnic In The Country

After sampling the delights of early morning tourism in Rossmoyne ( Land Of the Two-storey Mansions Trying To Be More Massive Than Each Other ) I headed over the historic Old Shelley Bridge toward the Artistic Quarter. As this is where the Little Studio is located, perhaps that should be amended to Artistic 1/64th. No matter – I was determined to try the Olympus Pen F as studio camera. 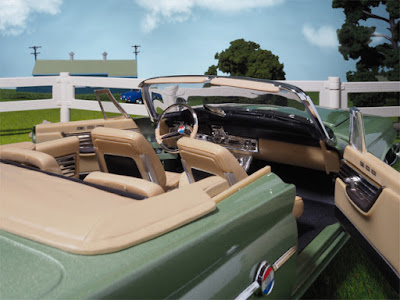 Don’t screw up your noses – it might have been meant for a street camera or a tourist camera, but inside that chrome lurks a very special studio camera – one well-adapted to the Little Studio.

The sensor in a Micro 4/3 camera is smaller than the sensors of other mirror-less cameras – they might have the 24mm x 36mm of a full-frame camera or the 18mm x 24mm of the APS-C camera. The Olympus company has pioneered the micro 4/3 sensor which is which is 13.5mm x 18mm. The lenses that are made for micro 4/3 cameras have their focal lengths selected to match this smaller area.

As the lenses have shorter focal lengths while still maintaining the angular coverage of their larger cousins, they benefit from an increased depth of field. The photographers who always want shallow depth of field to throw backdrops out of focus might growl at this and have to take special care to use wide apertures – but those of us that shoot close-ups of various types think that more DOF is wonderful.

To give you a concrete example – if I want to have a digital view of the world that is the same as that was seen in an old 35mm film camera when it had a 35mm wide-angle lens mounted here are my choices:

1. A full frame camera with a 35mm focal-length lens. No mathematics involved. If I focus on a subject at 10 centimetres and use an aperture of f:22 I get a depth of field of 4.6 mm. That’s very little when a subject might be 25cm long – It means the subject can only present a very shallow side to the camera.

2. an APS-C camera uses a 23mm lens for that same angle of view. It is better when the same criteria are applied – you’ll get a depth of field of 12.6mm. Still shallow but the subject has more space to move and can start to be seen more in 3/4 view.

Now, obviously if you can move away from the subject a little then the DOF gets wider too, but in the tabletop studio you are clawing for every millimetre of focus that you can get – it can literally be a no-debate question if you are faced with a 40mm macro lens or a 35mm macro – you choose the latter. 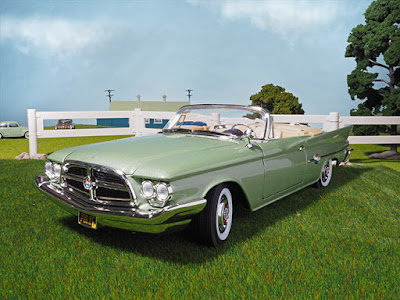 Now the good part about the Olympus firm is that they have incorporated massively good sensors and processing engines in their cameras to take advantage of those smaller sensors. Studio work on a tripod does not using their extensive anti-shake mechanisms as such but there is certainly provision in the camera to use the shifting sensor to capture more detail from an immobile subject.

Note that in the examples made today, this extra resolution mechanism was not put in place – I was working on the premise that the camera was being used as a tourist camera so I left it off. Another time might show far more detailed results.

As it is the results from the front bumper of the Chrysler 300 to the back are more than adequate. This is a good test model as it is one of the longer cars of the 60’s and it tests DOF to the limit. 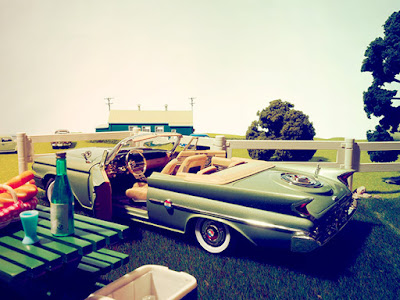 One fun thing – there are provisions in the ‘art” section of the colour control dial for “retro”, “pinhole” and other effects. They are surprisingly good, and if you did not want to add plug-ins or complex actions to Photoshop to achieve old-looking images, this would be a good choice. There is also a very adjustable monochrome control to explore. 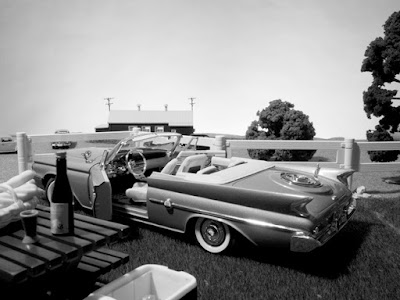 For those who have never ridden in a Chrysler 300 from the late 50’s and early 60’s – they are interesting cars. The front seats swivelled to the side to allow easier entry and exit and in some cases they had adjustable steering wheel rake and the wheels themselves were shaped like television screens. The ones with the press-button automatic transmission did away with column or floor shifts.

They were big and fairly fast on a highway, but the suspension on them had a fore and aft roll to it that could set up a rocking motion that was a killer for people with travel sickness.
You can find the Pen-F available for order on our website.