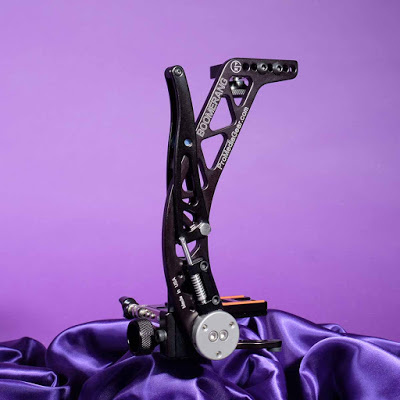 This piece of sexy equipment from Camera Electronic needs an eighties soundtrack and purple satin sheets. Okay, we got the sheets, but you’ll have to add the music in your heads.

It’s a flash bracket. A very flash bracket. Perhaps the most high-tech OOT flash bracket that you will ever see in your life. It is a tribute to high-grade aluminium, the wonders of CAD CAM, and a childhood studying H.R. Giger machines. It is not steam punk but it may be Techno punk…If The Terminator took wedding photos he’d use this flash bracket. 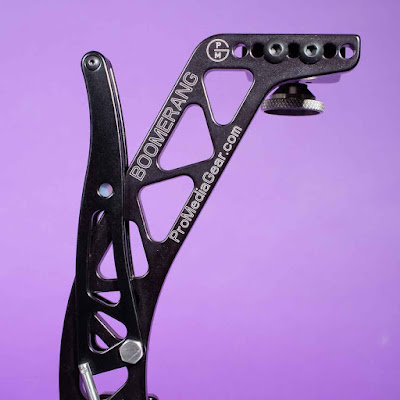 There are two reasons for this design:

1. Event photographers need to balance their flash above the axis of the lens on both portrait and landscape orientation to allow the flash shadow to fall behind the subject. 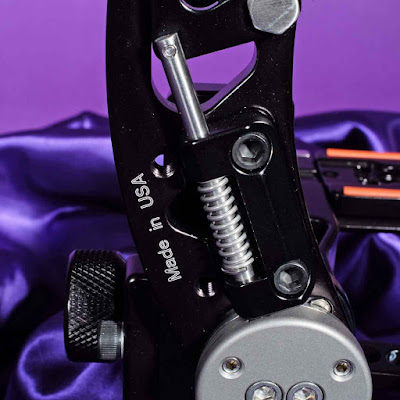 The mechanisms that on other flash brackets might be simple hinges or 1/4″ bolt holes are here developed into artistic delights. Look at the stainless steel keeper that secures the interchangeable camera plate to the main casting. They did not need to do that with such complexity or precision but they did. Likewise the indexing bolt that stops the motion of the vertical piece in the tow basic positions – it is reminiscent of the recoil mechanism of a 1.1″ multiple antiaircraft gun on a pre-war USN treaty cruiser. You gonna get that from anyone else? No. 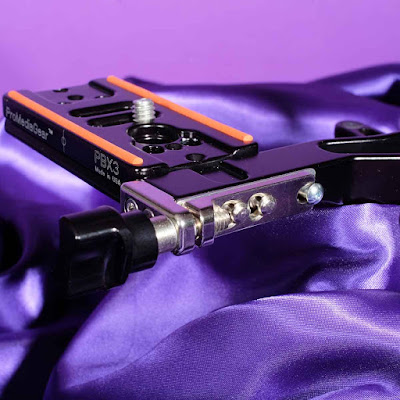 The main casting and the adjusting trigger are also suggestive of the aircraft cranes on the same cruisers – leading me to suspect that the designers may have pilfered the plans from the Bureau of Ships. – or the plans to the Brice-Partington submarine for that matter. I shall institute discrete enquiries within the Admiralty. 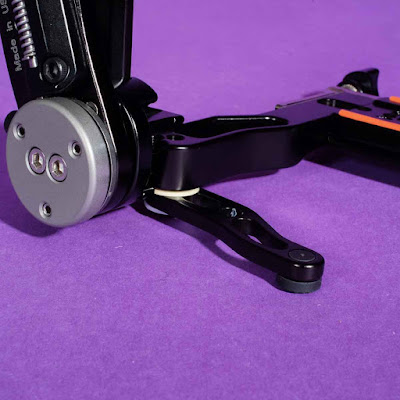 I am a little taken aback by the name engraved on the side of the casting – is this a blatant attempt to market it in Australia? Will it pop up in the Canadian market as The Beavershot? Or in the German shops as Der Adler? Are there enough wedding shooters in South Africa to sell it as The Giraffe? 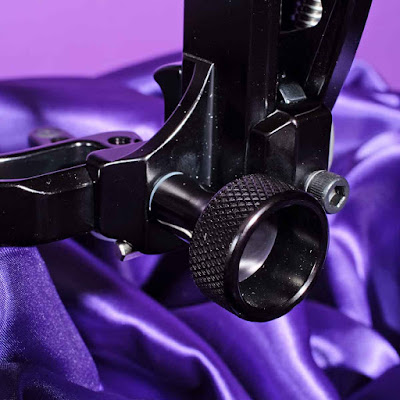 Well, no matter – buy this now and you’ll never buy another – because you’ll never need another – it is built with more precision than your motor car. And you will never be confronted with some amateur at the wedding using a better one. Image is, after all, something that you can trade on.

Now isn’t that a Happy Ending…