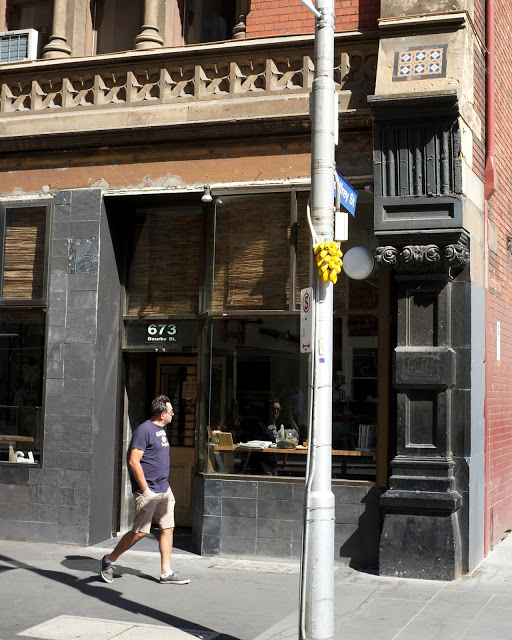 Armed with a Pentax SV, a roll of Plus-X, and 55mm Super Takumar lens, I roamed the streets.

I roamed them on Saturday afternoons when the rest of Perth had shut their shop doors and gone to the football. I roamed them on Saturday nights when I should have been out at the movies with girls. I roamed them on dead Sunday afternoons when nothing moved except for the tumbleweeds and Holden Fj’s. I have reviewed my negatives and prints of the period and they all reflect the fact that I had no idea what I was doing – it was not that the 60’s was a haze of drugs or anything – I just had no skill as a street photographer.

I have recently gone out again on Saturday and Sunday armed with a digital camera. The streets are busy to bursting these days and there are images everywhere ready to be scooped up on a photosensitive surface. The scooping costs considerably less than it did in the film era. I should be happy and productive and famous by now.

Hah. I still can’t take a good street picture – oh, I can take good pictures, and many of them involve streets…but when I look at them later I find that they are the deadest images on the planet. I could make a bowl of plastic fruit in my studio look busier and more interesting than anything outdoors.

Okay. Time for an admission. Just as I discovered and admitted to myself that I would never be a movie maker, I must now admit that I will never be a street shooter. Part of me is still too shy to go right up to people and push a lens in their ear, and part of me thinks it disreputable to stand down on the street corner and snipe with a 400mm lens. I avoid family conflicts – my own or others – and I hate to reward idiot behaviour by yobboes by  photographing it.

Note that I have no such qualms at a wedding. I am paid at a wedding to do all these things and the more weird stuff that happens – with a small formal moment in the gardens in soft light – the better. At a wedding I get to use a Metz flash and a sharp elbow to get the image I want. I love weddings because you can snarl at people and steal food.

Ah, well – if I am not to be the next Cartier-Bresson, I can at least take comfort from the fact that I did not have to be the last one. I shall screw my courage up in a few months and admit that I never liked Helmut Newton’s work one little bit. I shall be scorned and ridiculed but I have a small studio to retire to.