The Boxer Rebellion – Or 55 Days And No Peeking 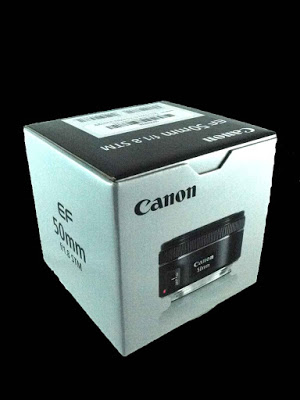 23 Sep The Boxer Rebellion – Or 55 Days And No Peeking

Well, you wanted to know what the manufacturers were doing with the packaging…well so do we…

It’s not that bad. Nearly all the products that hit the shop are well-boxed. With the exception of some of the cruder cast-iron and bamboo studio lights and computer-controlled milling machines, nearly everything has been put into attractive boxes. The manufacturers all realise that the visual appeal of the box is part of their sales pitch,

Thus we have seen the use of recognisable colouring for Nikon, Canon, Sony, and Olympus. Gold-and-black, red-and-white, orange, and blue-and-white. You can see ’em on the warehouse shelf and know what you are seeing. You still need to read the endplate carefully to see what is in the box , but several of the makers have added a photo or graphic of the contest to aid you. And they are honest enough not to put parsley and garnishes on the lenses – there is no “serving suggestion” note under the image.

Fujifilm uses black boxes but thankfully marks each one with big grey letters and numbers to identify the contents. Sigma and Zeiss use white boxes and have to be more specific with the end plates to let us know what’s inside. All good as long as the lettering is big enough. To their credit, the new Sigma boxes are easier to read than the old ones.

Olympus stepped sideways a little with the packaging of some of their mirror-less OM-D system cameras and lenses – they opted for black as well. We have to be careful shelving that they do not get confused with other black boxes. Elegant enough, but you need good lighting to see what you’ve got.

Big stuff – printers and monitors and backdrop rolls are always in brown cardboard cartons. Kudos to the design teams who clearly label the things on more than one face – stacking boxes sometimes means that you need to see what is in without having to remove and revolve – any time you do this there is muscle and trouble involved.

One final note for the box designers: We applaud you putting the clear markings on the outside of boxes – telling us what is inside and listing the contents is a very good idea – some clients are desperate to have a box that has never been opened and sealing it with vital information inside is fatal.

Put the serial number on the outside.

Tell us the filter size for the lens, the proper lens hood for the lens -if you do not provide one inside the box, and the proper battery for the camera in case the client wants to purchase a spare one.

Now, in the next packaging column, we look inside – to see who are good people and who are bad people. And you will be surprised…