Memoirs Of A Flasher – With Promaster 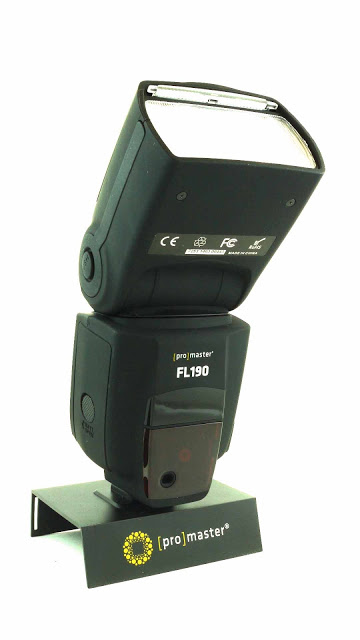 08 Sep Memoirs Of A Flasher – With Promaster

” Well, Officer, it was like this…it was all dark and I wanted a picture of it and I had a digital camera and  Promaster flashgun and it was all over in a minute. You wouldn’t have a cup of coffee and a doughnut, would you? “

Okay, now that we have your attention, you’ll note that there is an advertisement in the newspaper from our shop for the Promaster flash guns – all different sizes and lots of fittings for different cameras. We can fit out Nikon, Canon, Olympus, Panasonic, Sony, and Pentax users and do it in TTL style.

Lots of cameras have small flashes that pop up from the top of the mirror housing or top plate of the camera – some on articulated arms that look like the pantographs on electric locomotives. These are fine as far as they go, but they do not go far. Use them for catchlights in eyes or macro work, but don’t expect to light a group of people with them. For that you need a bigger tube and more power.

The Promaster flashes have guide numbers that range from 20 to 58 ( in metric terms )so they can suit a number of situations. If you don’t know what a guide number is, Mr. Google is your friend. The TTL provision in many cases obviates the need to worry about it but there are still times when you need to know it to see if you have enough illumination power for your proposed exposure. Just be thankful that you do not have to juggle the mathematics of flash-bulb type vs guide number vs aperture vs subject distance vs reflector size vs subject reflectivity that was once the lot of the film worker. It was not uncommon for the photographer to burst into tears trying to do the equation and throw all the gear into a snowbank and go away searching for strong drink… 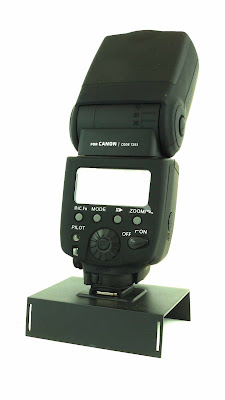 The other advantage of using a Promaster flash is it works on AA batteries ( rechargeable or one-use ) and thus does not draw down on the li-ion battery in your camera – more shots per charge. Some of the models can be switched to manual control and you can then use wireless control accessories to get an off-camera result.

And all Promaster gear has a lifetime no-quibble replacement policy.