Take Me To Your Leader – Rotolux Lands 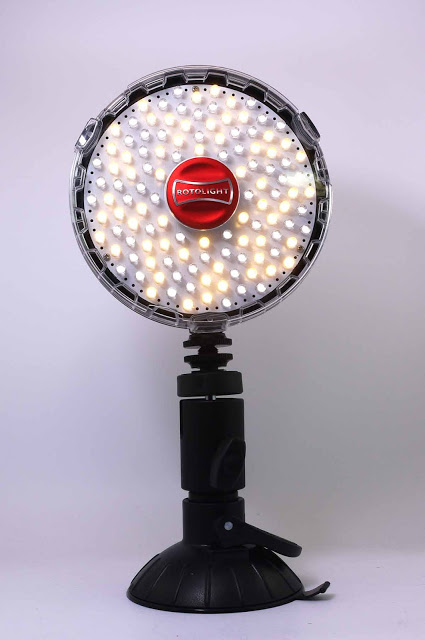 04 Aug Take Me To Your Leader – Rotolux Lands

There is something vaguely alien about the Rotolux RL NEO cine light – particularly when it is mounted on a Cullmann suction mount. You expect it to shuffle along and shoot x-rays out from its eyes…

Well, you can also mount it on your DSLR and video camera or on top of a standard tripod. There’s a 1/4″ socket on two sides of the circle. 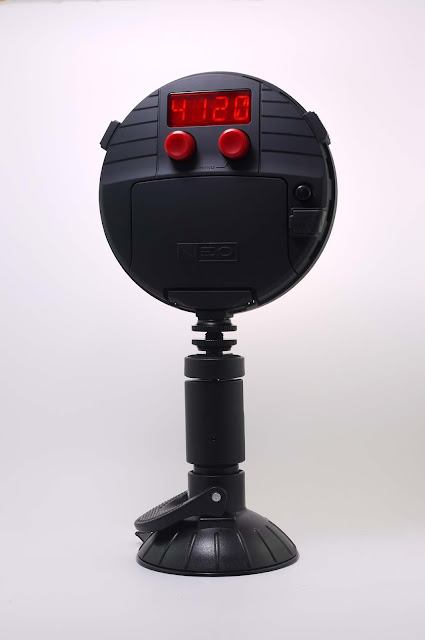 The light is LEDs in two separate circuits – driven from 6 AA cells or an ancillary A?C adapter. The two circuits are to supply two different colours of LED – and there is a mixer panel on the back  to blend the white and the amber. A readout lets you know the exact colour temperature that you are pumping out.

In addition, one of the controls also allows a true-fade of both colour sets – you can accurately supply illumination or fill in any environment. You can also add a set of round filters for further CT adjustment – they are included in the pack.

Note that the light supplied will be a round catchlight for the eyes – good for natural results.

We come in peace…