A Thursday Night Party – And Friday Morning After 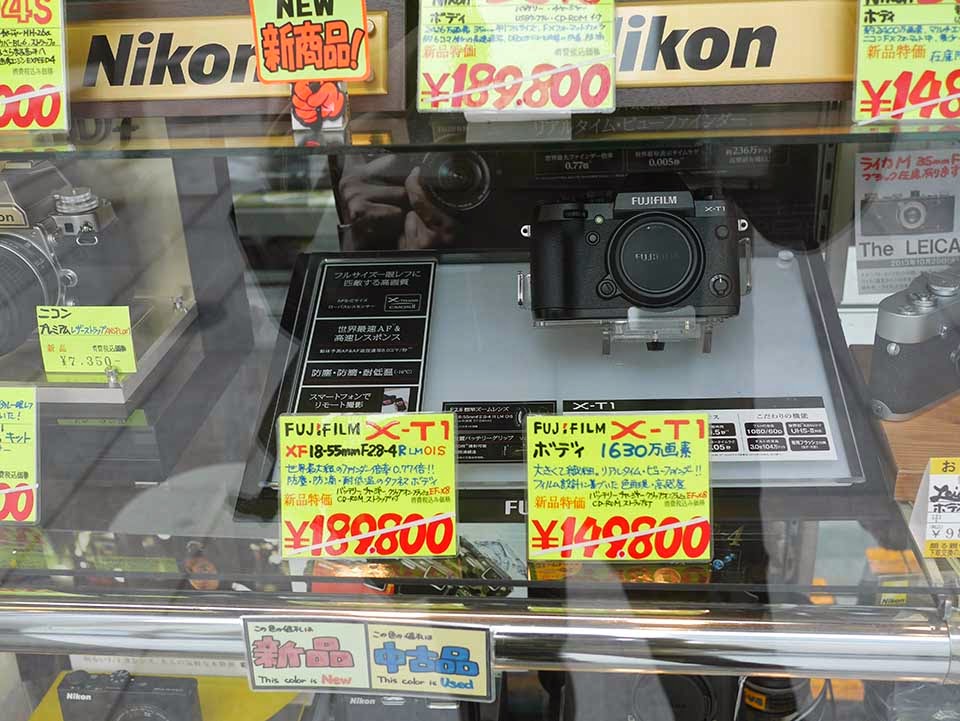 20 Mar A Thursday Night Party – And Friday Morning After

I was not here. Dang. I wish I could have been here. But then I was there
where I wanted to be anyway…

Last Thursday evening saw a promotional night here at Camera Electronic for the Fujifilm X-T1 camera. This is the new flagship camera for Fujifilm that uses the X-series sensor and combines it with a top-quality professional system body.

As is the wont round here, there was food, drink, new cameras, and a guest speaker – Megan Lewis. I note that she has a wonderful eye for people capture as she has left one of her hard-bound books here; “Conversations With the Mob”. She photographs widely in the indigenous community.

The Fujifilm night also featured bargains on cameras and lenses – Saul has saved me a flyer of the offers that were available on the night – and I have had a chance to compare it to the Fujifilm price I saw at a camera store in the Ginza last Friday morning. The heading image is the window shot I took, though I suspect that this was considered bad manners in Japan – certainly another store along the street had some nasty little signs scolding English-readers for attempting to record the prices.

This seemed a little harsh to me – people here ask prices all the time and then dive into their mobile phones to try to find a cheaper price to wave in our faces. We accept it philosophically. At least they are waving the phones at us instead of breaking off the conversation every three minutes to discuss the noodles in the food hall…

But back to the prices in Japan. Once I got back and looked at our specials and did the Yen conversion I realised that we were just as good value as Japan. And if you bought from us you got Fujifilm Australia backing up a legal warranty. I suspect this might very well be the case with other manufacturer’s goods as well. The money and safety moral here is to shop locally.

I might also say that the camera stores and departments in Japan are fun and noisy, and in some cases as crowded as our floor, but sometimes they do not have any more stock than we do, and some of their stock looks decidedly…decidedly…well, let me just say that I know where the world breeding stock for really, really BAD camera straps is, and it takes a strong man to look on it without blenching. I had to sit down and ask for a glass of water.